Mangaluru, May 6: In a bizarre incident that occurred at a wedding hall near Padupanamboor under Mulki police station limits, the bride and groom escaped from the spot on the verge of tying the Mangalasutra and left the invitees in shock.

The 40-year-old, already married groom, native of Thirthahalli, who is a private bus driver between Shivamogga-Moodbidri route, is the one who eloped with the bride (second marriage), who is native of Sasihithlu. It is said that both were in love. 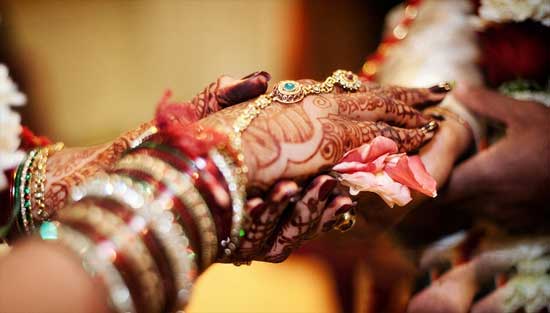 As the wedding rituals were entering the final stage, a woman entered the hall and screamed that she is the first wife of the groom. Meanwhile, photoshoot of groom and bride was taking place outside the hall. The groom saw his first wife and he and his bride escaped from the spot in his car along with golden ornaments worn by the bride. Only five people attended the wedding ceremony from groom’s side.

It is said that that woman, who claimed to be the first wife of the groom, returned to Thirthahalli as she came to know about the escape of her husband with the bride and she is said to be filing a complaint against her husband at Thirthahalli police station.

As the wedding did not take place, all invitees left the hall without having food. The caterers later distributed the lunch to locals.

It is learnt that the bride was aware of the first marriage of the groom but she did not disclose the same to her family. Meanwhile, the groom is said to have applied for divorce with his first wife.

The parents of the bride requested the Mulki police station personnel to recover the golden ornaments worn by the bride. No official complaint is filed in this case.