“The Jodukare Kambala of the 11th year will be held at Kodibail, Navoor grama in the taluk on April 17,” said former minister and Kambala committee honorary president B Ramanath Rai.
Speaking in the news conference at B C Road he said that this is the first time in the history that Kambala fields are prepared within such a very short time period. 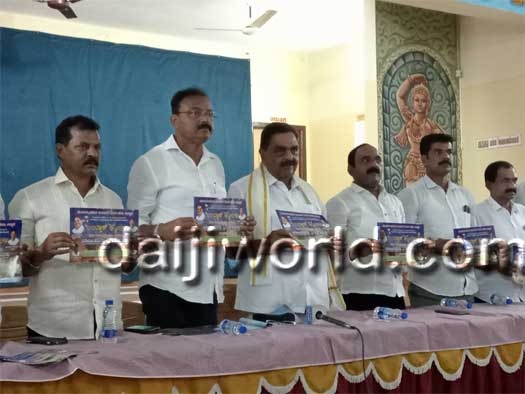 “The Moodoor – Padoor Jodukare Kambala that was being held in a unique way at Kavalkatte was suspended for the last few years for various reasons. As per the wish of Kambala fans it will be held under the name of Moodoor - Padoor Kambala in the natural beauty of Navoor, three kilometres away from Bantwal town,” he said.

Ramanath Rai announced the new Kambala committee and released the invitation letter of the Kambala.