Resignation is best option for Eshwarappa, comprehensive probe must: HDK

Bengaluru, Apr 14: “Resignation is the best option and inevitable step for Rural Development and Panchayat Raj Minister K S Eshwarappa and he may have to step down in a couple days,’’ said JD(S) leader and former chief minister H D Kumaraswamy demanding a comprehensive probe into the suicide of contractor Santhosh K Patil over non-payment for the works and demand for 40% commission by the minister.

Speaking to media persons in Channapatna on Thursday, April 14, Kumaraswamy made it clear that he has “no soft corner towards Eshwarappa, who is facing serious charges and must resign.’’ 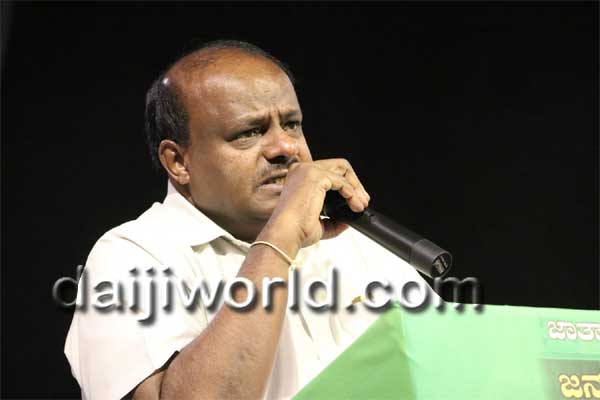 However, he felt there were many doubts over the suicide and several unanswered questions. All these must be cleared and a comprehensive probe conducted. It is government’s responsibility to clear the doubts and come out with the truth, he said.

Kumaraswamy wanted to know how the deceased contractor executed works worth Rs 4 crore without any work order, estimates or approvals besides who gave the approval or green signal to take up the works.

Further, if two persons had accompanied the deceased contractor to Udupi and stayed in a lodge, it is not clear why Santhosh stayed in a room while the two friends stayed together. It is also necessary to find out why the contractor had gone to Udupi from Belagavi, he said and urged the government to appoint honest and efficient officers to conduct the investigation.

The JD(S) leader said when a Hindu workers was murdered in Shivamogga, a team of BJP leaders went to his house and now Congress leaders are going to the contractor’s house in Belagavi. “The two national parties are playing politics over dead bodies, which indicates that their real objective is to derive political mileage,’’ he said.