However, the family of the legendary poet -- Ramchandra N. Dwivedi, renowned by his pen-name 'Kavi Pradeep' -- has been kept in the dark of the deviation by the government or its ministries, his kin said here on Monday. 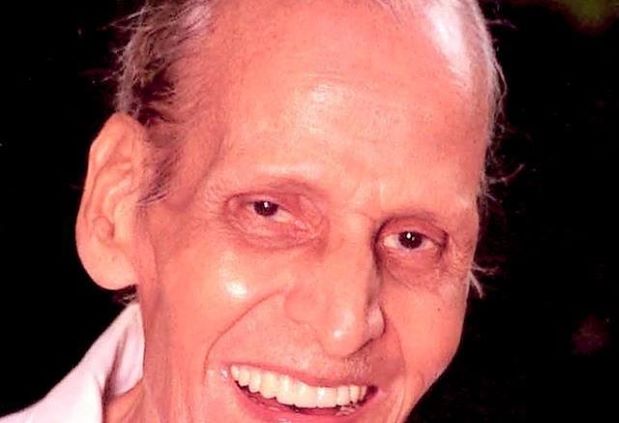 "This is news to us... Its an epochal development. We are hurt that Gandhiji's favourite hymn has been dropped, but also feel honoured that my father's stirring song has been included," said an irked Mitul Pradeep, the daughter of the late Kavi Pradeep, who is zealously safeguarding her dad's legacy of a nationalistic treasure trove.

While making it clear that "there's no need for anyone to take 'permission', least of all from the Indian Armed Forces," she feels it would 'ave been "indeed gratifying if the concerned authorities had at least 'informed; the family", especially when it was replacing Gandhiji's fondest number.

"This song is historic for the country and dear to all... My father had specially created it after a request from the then Prime Minister Jawaharlal Nehruji, through the great filmmaker Mehboob Khan, urging Bollywood to do something to boost the shattered morale of the people after the 1962 India-China War," Mitul told IANS.

Mehboob Khan had gone to the very same bungalow where she still lives, at Irla in Vile Parle west, with Kavi Pradeep -- already synonymous with patriotism -- instantly agreeing.

"Well... in barely a fortnight, "Ae Mere Watan Ke Logon" -- a non-film song -- was ready to carve a permanent niche in the countrymen's hearts and the country's history.

Kavi Pradeep's 350-words of patriotic pearls from the pen were musically weaved into a nationalistic garland by the master of the baton, C. Ramchandra and sung by the melody queen, Lata Mangeshkar; now 92, and in a Mumbai hospital since a fortnight for Covid-19 treatment.

Veteran Bollywood scribe Jivraj Burman of Thane recalled how the song served to 'break the ice' between C. Ramchandra and Lata Mangeshkar -- who were engaged in a cold-war for some years -- but Kavi Pradeep's number proved be a soothing 'balm' for the entire country and the musical duo who gradually reunited.

"When it was first rendered publicly at the 1963 R-Day at the National Stadium, Nehruji was in tears and wanted to meet my dad, who was not invited... Later that day, my father called up Lataji -- now a Bharat Ratna -- and congratulated her for the moving performance," remembers Mitul.

Soon after penning "Ae Mere Watan Ke Logon", Kavi Pradeep had willed that all revenues and royalties generated by it should go to the Indian Army specifically for the widows of war heroes.

"Sadly, nothing happened till his passing in 1998... Then, I moved the Bombay High Court which ordered the music companies to pay Rs 10 Lakh as royalties to the Indian Army for the past few years and comply in the future, too," she said.

"The government should inform the public the exact amount of royalties coming annually from this song for the welfare of the widows of our martyred jawans... We have a right to know... I plan to take it up with PM Narendra Modi and others, too," asserted Mitul.

Meanwhile, she said all descendents of Kavi Pradeep, ahead of his 107th birth anniversary on Feb 6 -- shall watch the R-Day gala event on January 29 where "Ae Mere Watan Ke Logon" will be played first time -- but with a tinge of regret as Gandhiji's pet number, "Abide With Me" shall no more abide at the solemn event.