The viewers can now watch the movie at Rs 149 per show in on Localwood. The movie will be available for 24 hours from the moment once you start viewing the show and not from the moment payment is made.

VJ Vineeth and Shruthi Poojary are playing the lead roles in the movie, along with Prashanth C K, Ashwith Raj, and Ramesh Rai who are also playing important roles. 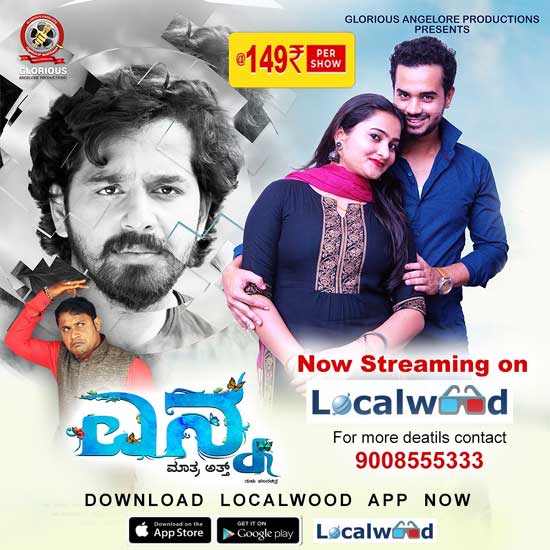 Yenna has unique story which is worth watching by all genres of people. Apart from direction Vishwanath Kodical has also handled the story and screenplay of this movie. Maxim Periera Angelore is the associate director for this film. Loy Valentine Saldanha has composed the music, and Shilpa Cutinho has rendered voice for the songs in the movie. Dhanush Bajal and Maxim Periera have written lyrics and Shwetha Arehole is the choreographer. Vaishali S Udupi has handled cinematography, and with this for the first time, camera is being handled by a lady for a Tulu film. Prashanth C K has written the dialogues.