Mangaluru: Sanctioned farm loans not being disbursed due to software glitch

Mangaluru, Jan 15: Farmers from the state who had planned to avail of agricultural development loans through cooperative societies are in for disappointment. Because of some problem with the online service of declaration certificate as per proforma 3 that needs to be submitted for availing of the loans, thousands of farmers are denied loans. In most of the cooperative societies in the state where farm loans are disbursed, five to ten such applications are pending. Agricultural activities are suffering as the applications are kept pending for months even after the loan is sanctioned. 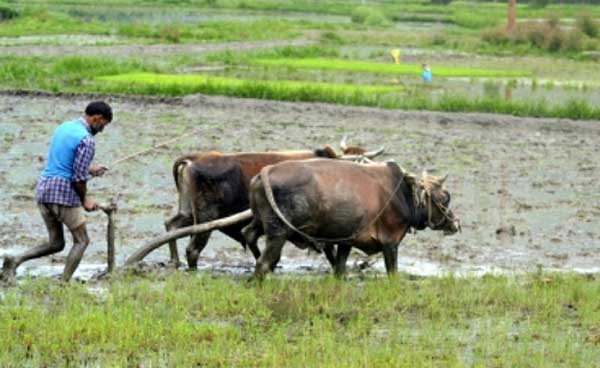 In the past, these forms had to be personally submitted by the farmers in the offices of the sub-registrars and get them registered, before agricultural development loans could be availed. In order to simplify the services, the Kaveri software used by the registrations and stamps department and farmer registration and unified beneficiary information systems software used for farm loans were merged. The cooperative societies, after sanctioning loans to farmers, have to file the declarations with digital signatures to Kaveri software of the sub-registrar's office. The sub-registrar's office has to register the same and record in the record of rights about the loan having been availed. There was confusion as the cooperative staff were not trained in the process. Now the training has been imported but because of the online software problems, the process of online registration is not moving ahead.

At the same time, direct registration through personally presenting the declarations in the offices of the sub-registrar is facing problems because of staff shortage. For the last two months, the farmers have not been able to avail the loans. Cooperative institutions blame the government. Even though the department officials say that the old system has been ordered to be followed, the cooperative institutions have not received any such information.

The societies which have enough funds of their own do not face problems. They collect letters from the village accountant about the crops grown and distribute loans. But most of the societies avail loans from the district cooperative central banks. These banks do not sanction loans without the registration of proforma 3.

Praveen B Nayak, deputy registrar of district cooperative societies, Dakshina Kannada, says that the scheme was implemented by the government with good intention and that some were availing loans for uncultivated lands. He said that the earlier method of directly getting registered in the offices of the sub-registrar is followed now but because of staff shortage there is delay. He said the issue is expected to be sorted out by March.

Title: Mangaluru: Sanctioned farm loans not being disbursed due to software glitch