Udupi, Jan 15: Police arrested five accused in connection with theft of Rs 10,000 from a woman in Anantheshwara temple here.

The arrested are Thammi Shetty Mani, Priyanka Kakani, Itta Jansi, Itta Sagar and Hari Babu. It is said that all are from Nellore in Andhra Pradesh. Police have seized the stolen cash from the accused. It is said that as per the guidance of senior police officers, when the police checked CCTV and drone footage, they found that five accused had involved in the offence. 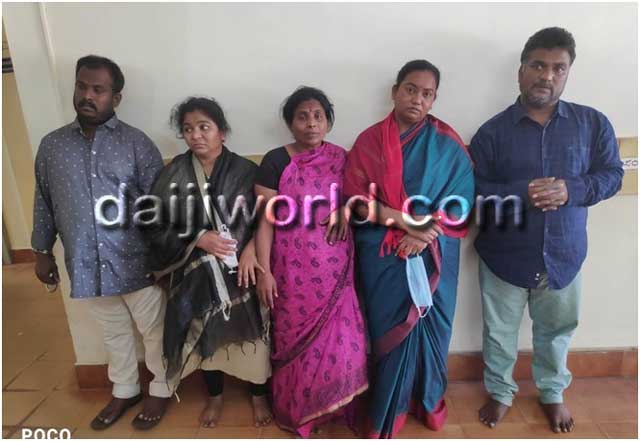 Lakshmi (54), wife of Sathish Rao of Kundapur had visited Krishna Math on Makarasankranthi on January 14. At around 12.45 pm, while she was Anantheshwara temple, five people reportedly stole her purse from her using a sharp weapon. The thieves had stolen Rs 10,000, key of her house, and other documents from the purse.

Later on January 15, the woman had filed a complaint in Udupi police station.

The accused were staying at a private lodge. According to the police, the accused are involved in thefts in public gatherings. It is said that the accused had plotted for various types of theft during the Paryaya Mahostava here.