Mangaluru, Dec 14: In the local authorities’ constituency covering Dakshina Kannada and Udupi districts from where two candidates were to be elected to the legislative council, BJP candidate and current minister, Kota Srinivas Poojary and Congress candidate Manjunath Bhandary, succeeded in registering victories with first preference votes. 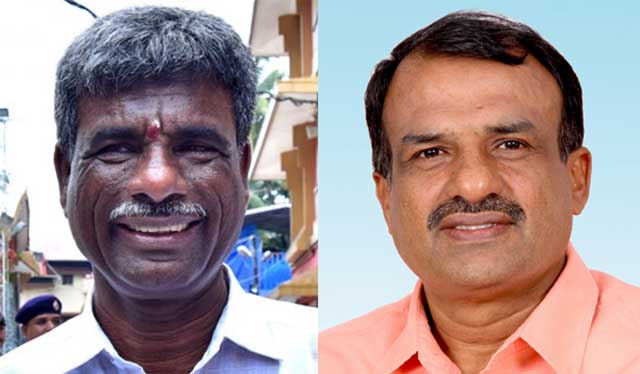 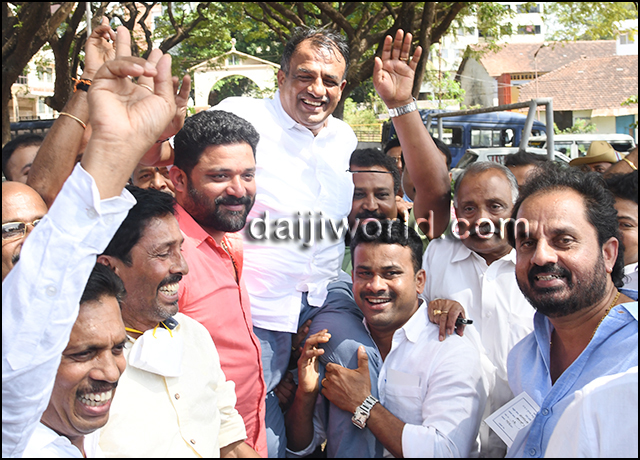 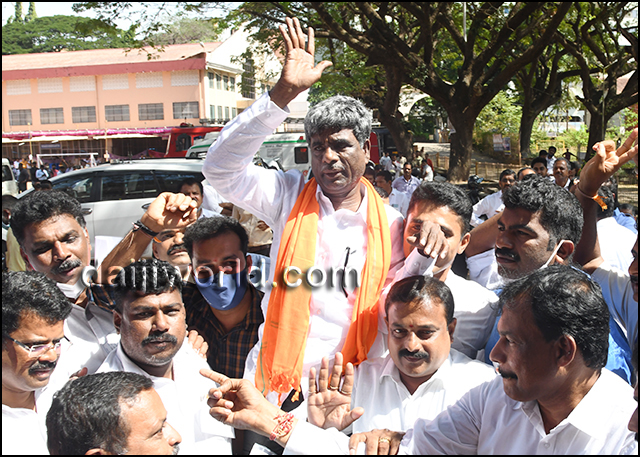 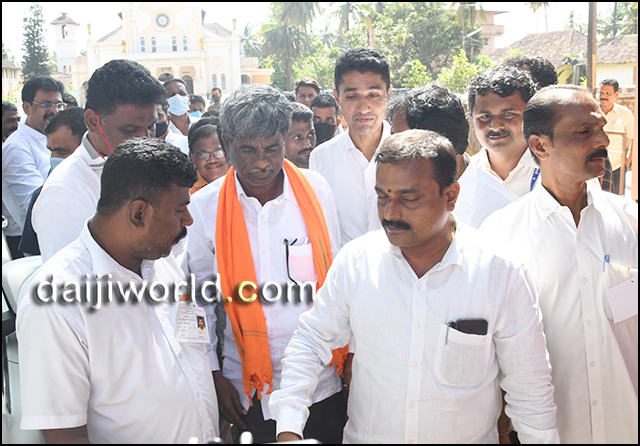 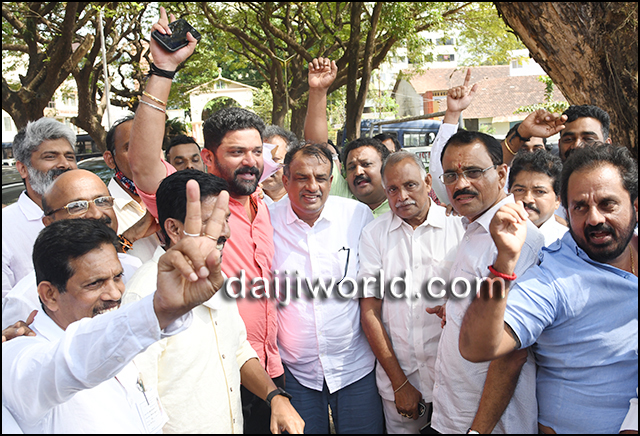 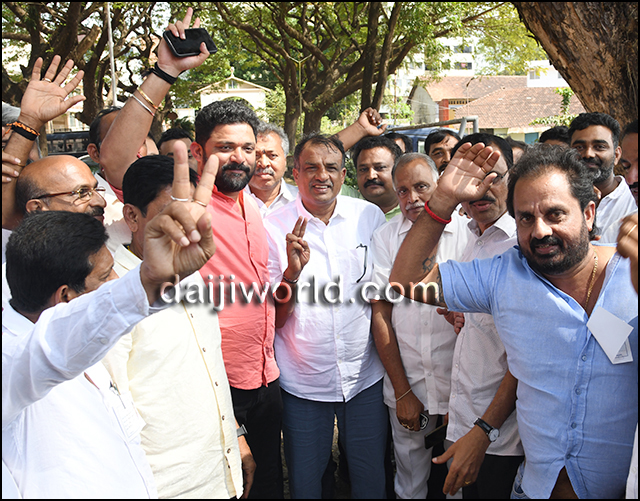 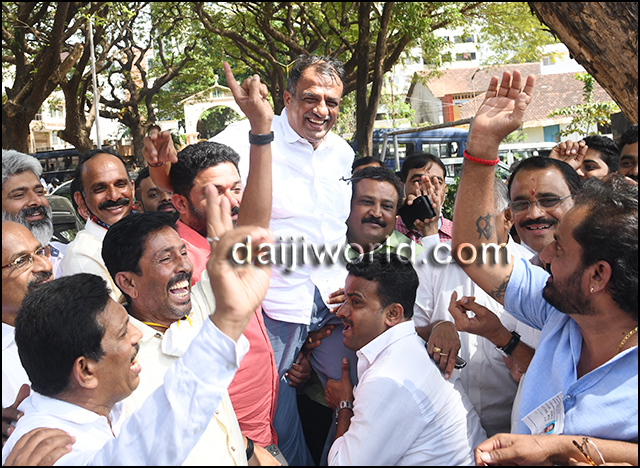 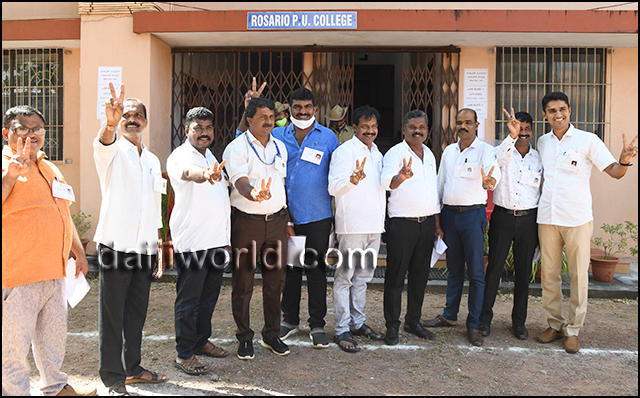 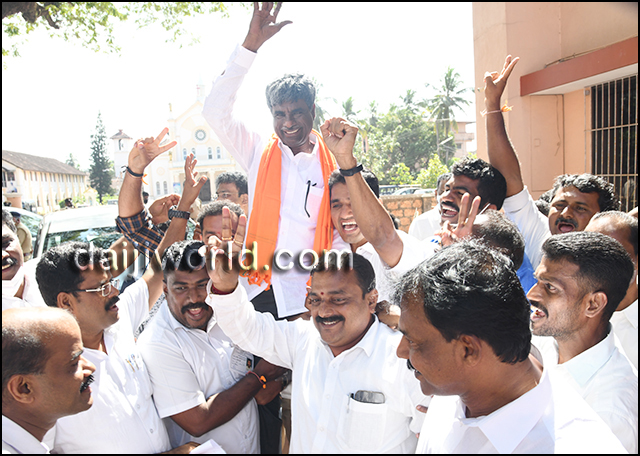 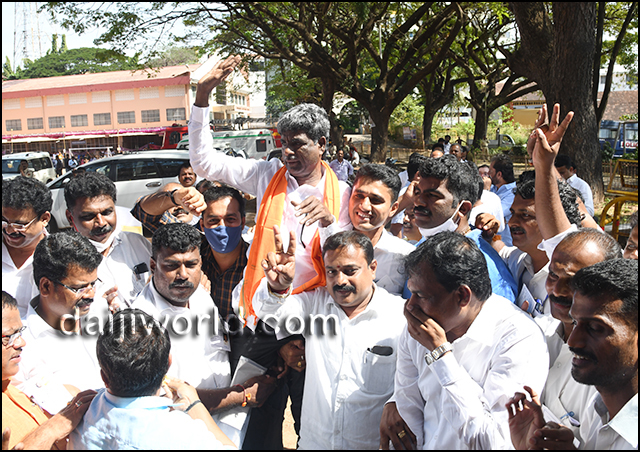 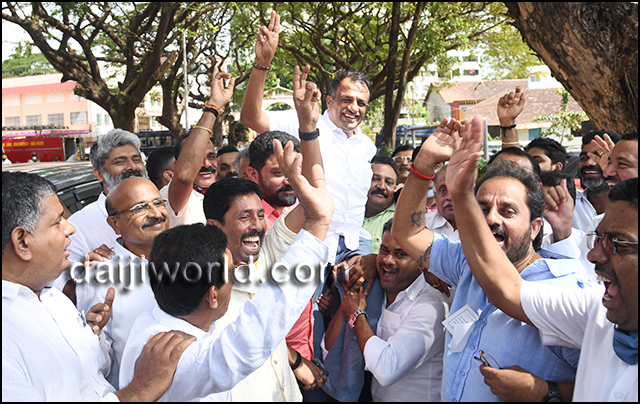 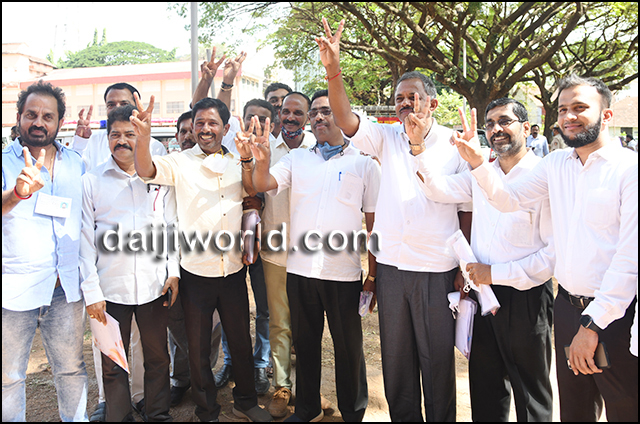 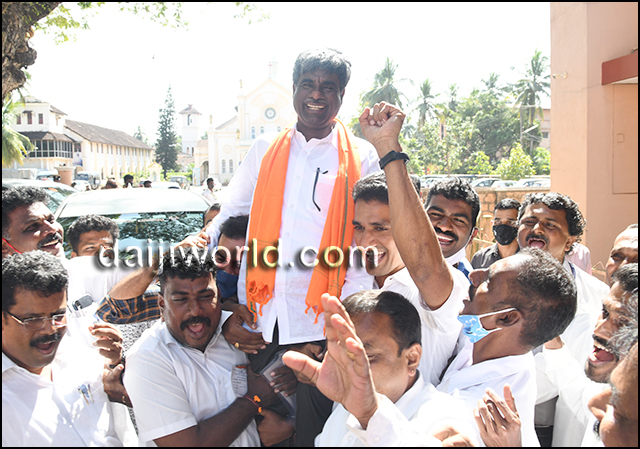 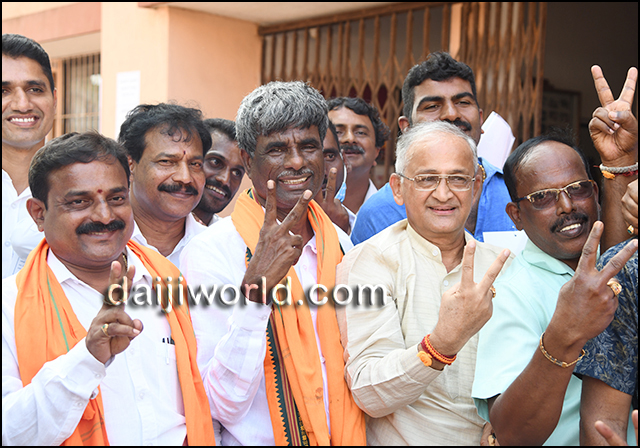 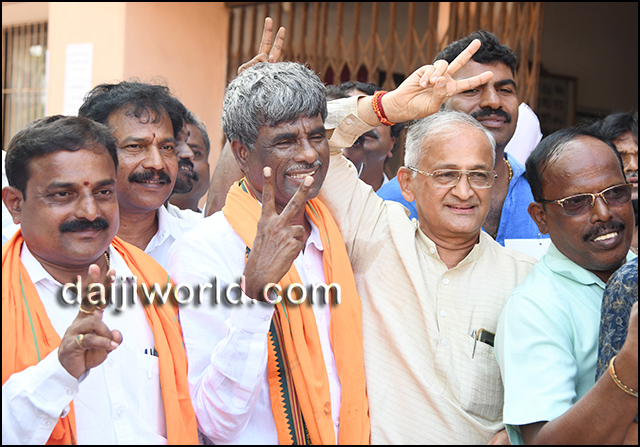 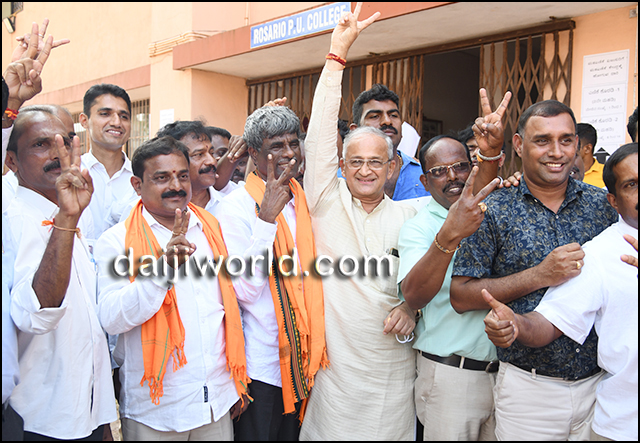 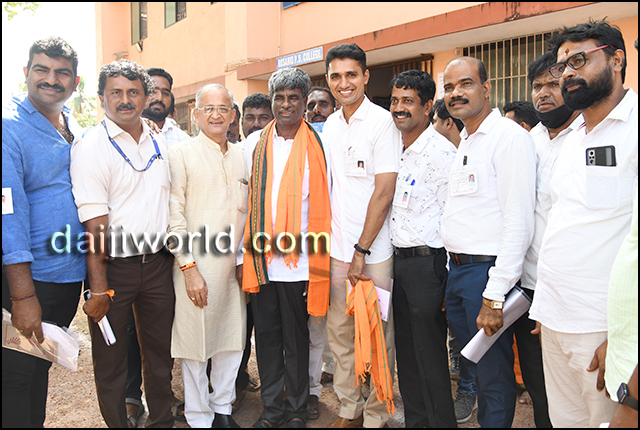 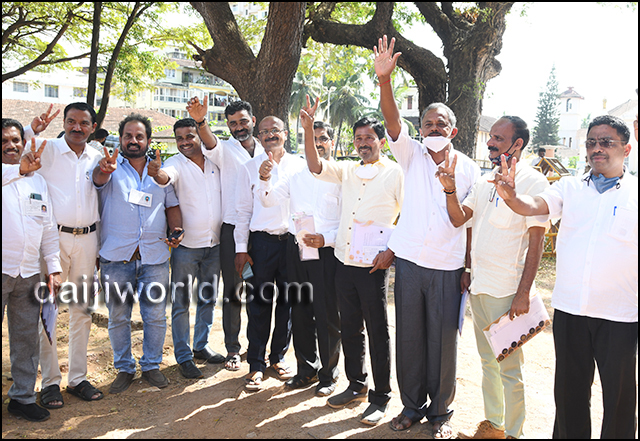 Mangaluru, Dec 14: The counting of votes of the recently held polling for MLC elections is underway in the city.

In total there are 6,012 votes. The segregation work of votes started from 8 am on Tuesday December 14.

All 6,012 votes are segregated as of now. There are 14 tables and 28 ballot boxes. There is a possibility that 540 votes will be counted on each table. The total polling booths were 389. 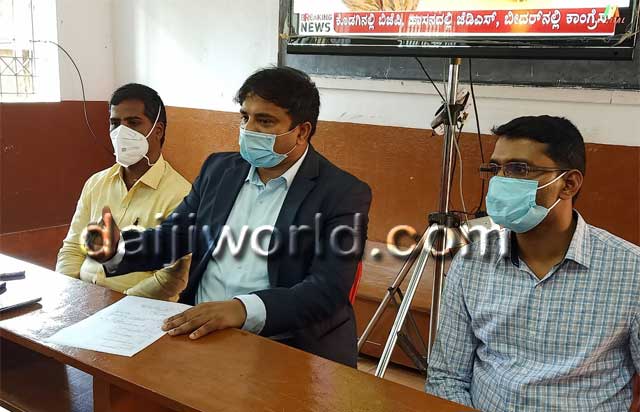 First counting will be of first priority votes. The second priority ones will be counted later. This information was shared by deputy commissioner Dr Rajendra K V.

Mangaluru, Dec 14: Counting of votes for the Dakshina Kannada (DK) local authorities’ council constituency began on Tuesday December 14 at 8 am. The exercise is being undertaken at Rosario College premises.

Dakshina Kannada and Udupi deputy commissioners, additional deputy commissioners and zilla panchayat chief executive officers oversaw the work of opening of the strong room in the morning. Tight security has been arranged in and around the area and party agents and officials alone are being allowed entry into the counting centre. 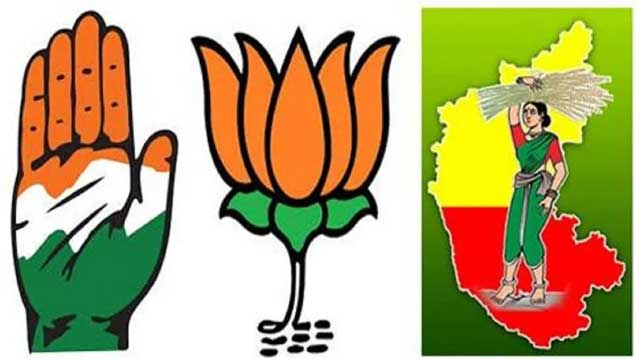 Two members for the legislative council are to be elected and result is expected soon.

A total of eight candidates had filed their nominations for the legislative council election being held from the local bodies’ constituency of Dakshina Kannada.

Kota Srinivas Poojary of the BJP, Manjunath Bhandary of the Congress, Nitin Kumar of the BJP, Ismail Shafi of the Social Democratic Party of India, and independent candidates, Shashidhar M, Naveen Kumar Rai and Kaushik K Shetty are in the contest.

While BJP is eyeing victory in at least 12 seats, Congress is citing numbers in the range of 9 to 11. Meanwhile, JD(S) is hoping to win at least three to four seats. At least 13 of the 25 seats have to be won for the ruling party to gain majority in the upper house, while Congress needs to bag at least 10 to 11 seats for a good outing.

The JD(S) needs a minimum of three wins to retain its relevance in the upper house.