Religious places of minorities in Tripura get police protection

Agartala, Oct 28 (IANS): After a few stray incidents, security has been beefed up in different parts of Tripura while police protection was provided to the religious places of the minorities including all mosques in different districts, police said on Wednesday.

An official of the North Tripura district administration told IANS on Wednesday night that as a precautionary measures, prohibitory orders under Section 144 was promulgated in Panisagar and Dharmanagar sub-divisions following stray incidents including stone pelting in two areas.

The Vishwa Hindu Parishad (VHP) and its sister bodies have organised protest rallies in different parts of Tripura including capital Agartala protesting against communal violence in Bangladesh and urging the government in Dhaka to protect the lives and properties of the minorities and their religious institutions in that country. 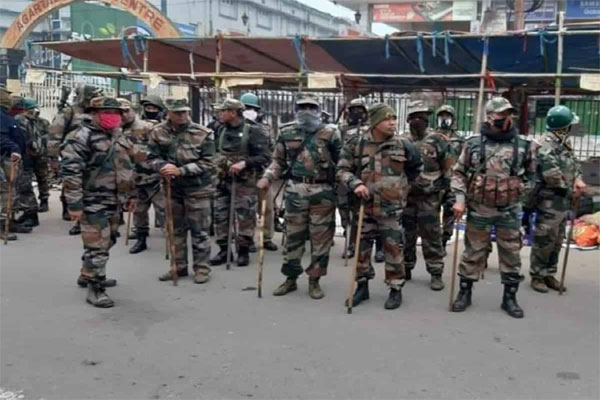 A police official said that security personnel were deployed in the mixed populated areas, in and around big mosques and regular police patrolling are being conducted in other sensitive places.

The Tripura police in a series of tweets said that certain persons by using fake social media IDs are spreading fake news and rumours in Tripura. "It is informed that the law and order situation in the state is absolutely normal. We request people of all communities not to support and subscribe to such fake IDs and do not spread such fake pictures. We have already registered cases and legal action will be taken against all those spreading fake news and communally sensitive rumours," the police tweets said.

Police spokesman Subrata Chakraborty said that Superintendent of Police of all eight districts have been asked to provide security to mosques and organise regular patrolling in vulnerable and mixed populated areas.

Besides the VHP, the ruling BJP, opposition CPI-M, Congress, Trinamool Congress and other parties and organisations including intellectuals separately condemned the communal violence in Bangladesh and met the officials of Agartala based Bangladesh Assistant High Commission and submitted memoranda addressing the government of the neighbouring country.

In view of the violence, a film festival of the Bangladesh government in Agartala, which was scheduled to commence on October 21, has been postponed "due to unavoidable circumstances".

"In the proposed film festival, 34 films, mostly on 'Mukti Yuddha' (1971 Liberation War of Bangladesh), were planned to be screened from October 21 to 23 in the Rabindra Satabarshiki Auditorium," an official told IANS.

Title: Religious places of minorities in Tripura get police protection