Kasargod: Mother ends life along with daughter by jumping into well

Kasargod, Oct 18: In a tragic incident, a 34-year-old woman ended her life by jumping into a well along with her 2.5-year-old daughter near Nileshwar here.

The mortal remains of Ramya (34), resident of Kadinjamoole of Nileshwar and her baby daughter were found in the well near their house on Monday October 18.

Both mother and baby went missing on Sunday. The family members and locals searched for them extensively in the vicinity of the house. Finally, the bodies were found in the well on Monday morning. 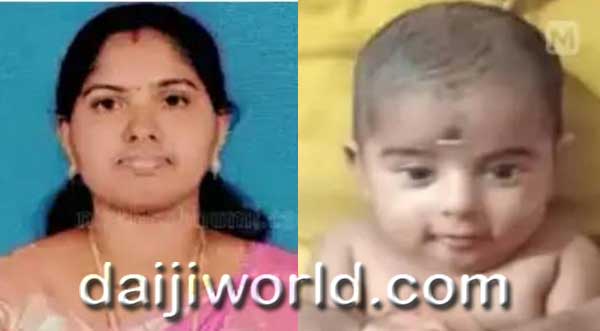 Fire service personnel who arrived from Kanhangad, brought the bodies out from the well. The mortal remains are kept in the mortuary of the district hospital. Police confirmed that the same will be handed over to the family members after the post mortem.

It is said that the deceased Ramya was undergoing psychological depression for some time. Her husband is Prateesh, who is a native of Kollam.

Nileshwar police have registered a case in this connection.

Title: Kasargod: Mother ends life along with daughter by jumping into well