Canberra, Dec 7 (IANS): A leading infectious diseases expert on Wednesday predicted that up to 500,000 Australians are currently infected with Covid-19.

Peter Collignon, an infectious diseases physician and microbiologist from Australian National University (ANU) and Canberra Hospital, warned that up to 2 per cent of the country's population were likely to have the virus, reports Xinhua news agency. 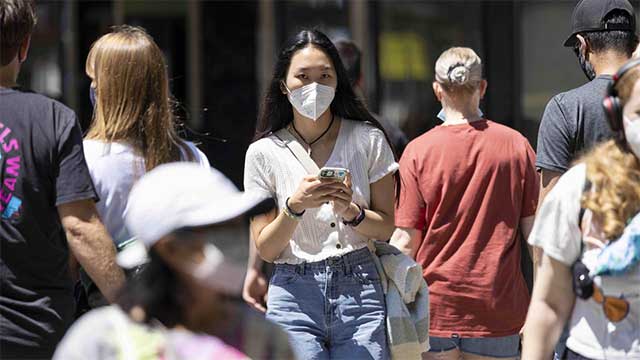 The latest data from the Department of Health revealed that there were more than 14,000 infections reported per day in the week to November 29, but Collignon said the actual number of cases was likely much higher.

"I would think one or two percent of people have probably got Covid at this point in time, which is a lot, but the vast majority are reinfections now. Intensive Care Unit (ICU) admissions and ICU ventilations are nowhere near what it was earlier this year," he told the media.

In mid-October, there was a weekly average of 170.3 new cases in Australia per 1 million people.

By late November the figure had increased to 554.1 cases per million people.

According to the Department of Health, Australia's fourth wave of infections is spreading at a more gradual rate than previously expected.

"We get into a spiral where all the hospital staff started to come down with Covid. That reduces the workforce that's available to look after patients. The signs we're seeing that we're picking up from our members and what we're hearing is we're heading into very troubled waters over the next few weeks," AMA President Steve Robson said.