Mangaluru, Nov 22: In a statement, deputy commissioner (DC) Ravikumar said that the district administration will write to the state government to release compensation to Purushottam Poojary, the driver of the ill-fated auto rickshaw in which suspect Shariq carried a cooker bomb, which got exploded near Naguri.

The DC gave the statement on Tuesday November 22 in this regard. It might be recalled that, MLA Vedavyas Kamath assured Purushottam of complete financial help including meeting his medical treatment expenses as well as supplementing the family’s income. 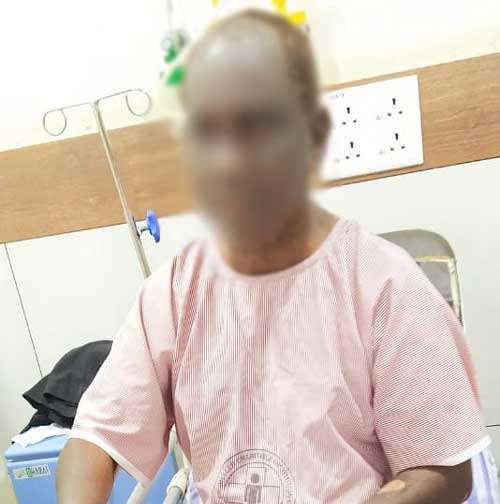 Purushottam’s elder daughter’s marriage is fixed in March 2023 and younger daughter is pursuing her CA examinations.

Purushotham who suffered critical injuries after the explosion in his vehicle was earlier visited by Kudroli Gokarnatheshwara temple treasurer Padmaraj R, Billava Brigade founder president Avinash Suvarna, Kritin and Gejjegiri temple spokesperson Rajendra Chilimbi who have assured him of all the possible help. They also held discussions with Purushottam’s wife and children and filled their minds with courage.