Kodiyeri Balakrishnan's funeral to be held on Monday in Kerala

Thiruvananthapuram, Oct 2 (IANS): The funeral of CPI-M Politburo member and former Home Minister of Kerala, Kodiyeri Balakrishnan will be held at Payyambalam beach in Kannur on Monday. The senior leader passed away at Appolo hospital in Chennai on Saturday after a brief battle with pancreatic cancer. He was 68.

Kodiyeri Balakrishnan was a Member of Legislative Assembly from the Thalassery assembly constituency for five terms and he was Home and Tourism Minister of Kerala. The senior leader was the CPI-M state secretary for three terms and demitted office recently after he became critically ill. He is remembered for his down-to-earth attitude and grass root contact as well as his speeches that were laced with humour. 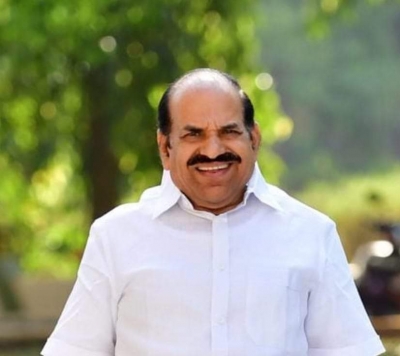 Chief Minister of Kerala, Pinarayi Vijayan who also hails from Kannur district- the red fort of CPI-M, will attend the funeral after cancelling his European trip which he was to undertake from today.

The CPI-M has made elaborate arrangements for the public to pay homage in his home district. His body will be kept for public homage at Thalassery town hall in his hometown.

CPI-M Kannur district secretary, M.V. Jayarajan while speaking to IANS said: "The passing away of Kodiyeri Balakrishnan is a major loss to the party. The party cadres are in mourning. His body will be kept for public to pay their last tributes at several points in Kannur district including in Thalassery town hall."

Title: Kodiyeri Balakrishnan's funeral to be held on Monday in Kerala