Bengaluru, Jan 22: Aditya Rao, who allegedly placed a live bomb at the Mangaluru International Airport, was handed over to Mangaluru police by Bengaluru police department.

After getting permission from the court, the police team of Mangaluru North led by ACP Belliappa has taken the custody of Aditya Rao at the Halasur Gate police station of the city.

Aditya Rao underwent medical check-up as M S Ramaiah hospital before being handed over to cops from Mangaluru. 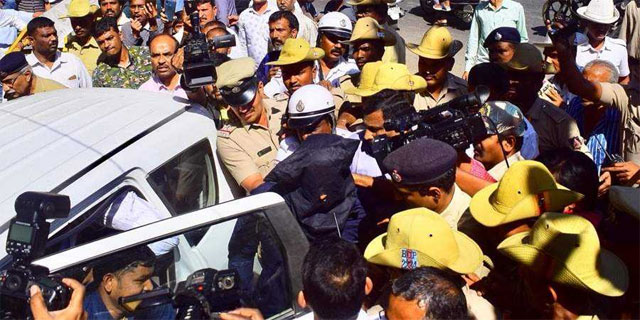 Aditya Rao will be taken from Kempegowda International Airport by the investigation officers and is expected to reach Mangaluru at 8 pm. He will be produced to court in Mangaluru mostly on Thursday and taken into custody for more investigation.