Adithya landed at DG & IGP office on Nrupatunga Road in the early hours and surrendered himself. He was taken to Halsoor Gate police station for questioning. 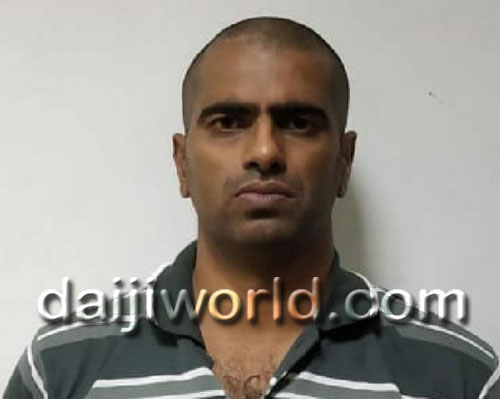 Adithya Rao (36), who is an engineering graduate and an MBA, had been arrested for making hoax bomb call in 2018 and was behind the bars for six months. As per preliminary information, Rao who was raring to take revenge against the airport officials because of the above enmity, kept a bag with explosive at the airport on Monday.

Adithya had applied for job as security guard at Bengaluru international airport but had failed to provide certain documents. Because of the absence of these documents, a job was denied to him. As an act of vengeance for denying job to him, he had called Bengaluru airport on August 30, 2018 to inform them that he had planted bombs in the aircraft and the parking lot of the airport. The police who investigated the case, had arrested Adithya.

After his arrest, Adithya reportedly confessed to have made several such hoax calls in the past. When the railway officials at Bengaluru demanded additional money for carrying his luggage, he had fought with them. Later, to take revenge, he purportedly had called the railways about the presence of bomb.

The fact that he was involved with stealing laptops from paying guest accommodations too had come to light. He was sent to jail for three months in this case.

Adithya had arrived at Bengaluru in 2012 seeking for a job. He had got a job in a private bank. But he resigned and returned to Mangaluru where he worked as security guard for six months. In 2012, he had served as cook in Puthige Math, Udupi. He thereafter went to Bengaluru again and joined an insurance company. Later, he left that job too and tried to become security staff at the airport, it is being said.

Mangaluru city police investigation team is flying into Bengaluru shortly to investigate the developments in connection with MIA case.. the team will question the suspect and will initiate further necessary legal action..