Bengaluru, Oct 2: Explosive information about the plans of Jamaat-ul-Mujahideen Bangladesh (JMB) terrorist Kausar alias Muneer Sheikh alias Mohammed Jahidul Islam (38) has been unearthed in which he had targeted to blow up the Buddhist temples of the state. 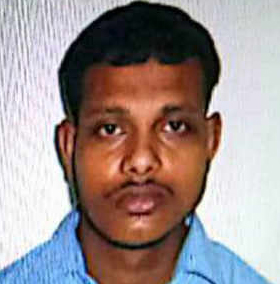 With regard to this information, the top officials of the CID department have held a meeting on Monday, October 1 and it was decided to conduct a separate investigation of this issue, as per the information given by home minister.

It was also decided to gather information to know whether Kausar had visited the sites of important Buddhist temples in the state like Bailukuppe Tibetan Camp at Kushalnagar in Kodagu, Kollegal and the camp at Mundagod of Uttara Kannada district.

It is confirmed from the interrogation that Kausar had planned to conduct acts of sabotage and explosions, targeting the Buddhists living in India, as a revenge to the attacks on Rohingya Muslims by the Buddhists in Myanmar. In addition, the investigating officers have also said that Kausar, who had lived in and around Bengaluru from 2014, had hatched a plot to kill Dalai Lama.

NIA officials had arrested an accomplice of Kausar in the case of Bodh Gaya bombings. It is also confirmed that the JMB terrorists had planned in Kerala to carry out acts of sabotage in the state of Karnataka. It is learnt that a special team will be sent to Kerala also to know Kausar's link there.

One accomplice of Kausar still absconding

NIA has so far arrested seven accused in the Bodh Gaya explosion case. However, Arif Hussain, one more accused and accomplice of Kausar is absconding. Arif is one of the members of the gang that kept IED explosives in the Kalachakra ground of Bodh Gaya. During the investigation, a shocking piece of information has come to light that Arif had met Kausar after the blasts and also discussed with regards to the failure of the intended plan.

Kausar, the JMB terrorist is an expert in manufacturing IED explosives. He had come to India with his accomplice Muzafir Rehman from Bangladesh and had planned to carry out terrorist acts on a large scale. Kausar had also trained his accomplices with regards to the manufacture of IED.

No information of intended bombings in state, says CM

"No plot was hatched to kill Buddhist leader Dalai Lama in the state of Karnataka. Police are about to file charge sheet against the accused who have been arrested for the bomb blasts that took place in Bodh Gaya. However, I do not know why the name of Dalai Lama is mentioned in this issue. There is no relation between terrorist Kausar, who was caught in Ramanagara, and the attempt on the life of Dalai Lama. However, the police are going to conduct investigation in this angle also. The central government has not sought any information in this regard from the state government," clarified CM Kumaraswamy to the media.

Speaking on the issue, Dr G Parameshwar, DCM, said, "The officers of NIA are not sharing any information with us with regard to the plot hatched by the terrorists. They gather information at the international level and arrest the terrorists."

Former CM Jagadish Shettar accused the state government and said, "A comprehensive inquiry has to be conducted relating to the issue of the plot to kill Dalai Lama by JMB terrorists. The arrest of suspected terrorists by the NIA shows the utter failure of the state CID."