The mortal remains of the boy, identified as Yashavantsai (15), son of V Premkumar, was found from the same pond but at a different spot. 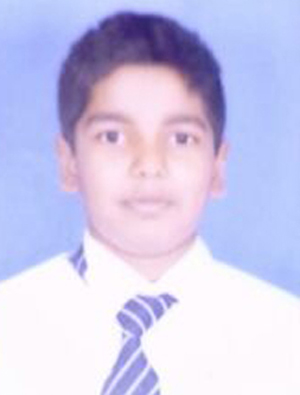 The boy was living with his grandparents near Hoodi, Bengaluru. His parents are living in Kuppam, Andhra Pradesh. On July 24, he had left home for attending school. He did not return thereafter. Therefore, his grandfather, Tyagaraj, had filed his grandson's missing complaint in Mahadevapura police station at Bengaluru. Later it transpired that he took a KSRTC bus and directly came to Beltangady and then reached Guruvayanakere by a bus bound for Karkala. It is not clear whether he accidentally fell into the pond or he purposefully ended his life.

Yashavantsai was a tenth standard student of ITI Vidyamandir high school at Doorvani Nagar, Bengaluru. In the bag found on Wednesday, his identity card, Adhar card, and bus ticket had been found. A report about this was filed in the local police station. There is suspicion that this boy would have been a victim of some online task like Blue Whale. It was said that the student had left Bengaluru for Udupi for attending to some task. The boy's uncle, Rajashekhar, expressed the suspicion when speaking to media persons, that Blue Whale online game could have been responsible for the boy's death. The parents told the police that the boy would have deserted his home as he was taken to task for scoring low marks in examination.

The police are investigating. Police circle inspector from here, Nagesh Kadri, said that as per the information, the boy had deserted home for having been questioned about low marks scored by him. District superintendent of police, Ravikanthe Gowda, stated that no injury marks were found on the boy's body.

The suspicion about the boy having become victim of Blue Whale game got credence because of the claim made by the family members that in the diary of the boy, he had written on July 24 that he was leaving for Udupi where he would work for five months. They have said that the words, 'Mangaluru Adventure' were found written in the said diary.