According to a case study published in the journal JACC: Case Reports, the patient visited a health clinic five days following the onset of monkeypox symptoms, including malaise, myalgia, fever and multiple swollen lesions on the face, hands and genitalia. 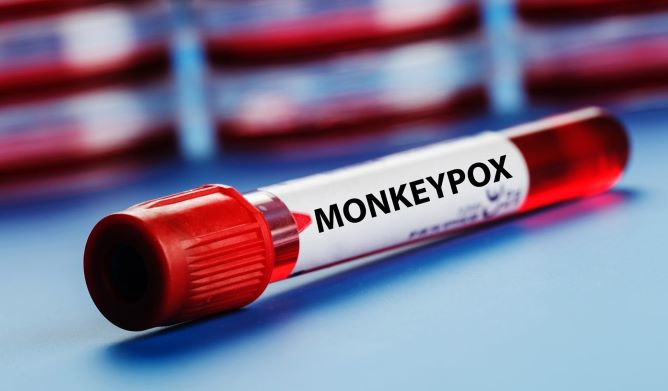 A Positive monkeypox infection was confirmed with a PCR swab sample of a skin lesion. The patient returned to the emergency department three days later reporting chest tightness radiating through the left arm.

Myocarditis was previously associated with smallpox infection, a more aggressive virus, and the case study authors said that "by extrapolation, the monkeypox virus could have tropism for myocardium tissue or cause immune-mediated injury to the heart".

"Through this important case study, we are developing a deeper understanding of monkeypox, viral myocarditis and how to accurately diagnose and manage this disease," said Julia Grapsa, editor-in-chief of JACC: Case Reports.

"The authors of this study have used CMR mapping, a comprehensive imaging tool, to help with the diagnosis of myocarditis. I commend the authors on this valuable clinical case during a critical time as monkeypox continues to spread globally," Grapsa said.

The results of the cardiac magnetic resonance (CMR) study performed on the patient were consistent with myocardial inflammation and a diagnosis of acute myocarditis.

"This case highlights cardiac involvement as a potential complication associated with monkeypox infection," said Ana Isabel Pinho from department of cardiology at Sao Joao University Hospital Centre in Portugal and lead author of the study.

"We believe that reporting this potential causal relationship can raise more awareness of the scientific community and health professionals for acute myocarditis as a possible complication associated with monkeypox," PInho added.

The patient was discharged after one week with a full recovery. The authors said further research is needed to identify the relationship between monkeypox and heart injury.

Monkeypox is transmitted through close contact with lesions, bodily fluids or respiratory droplets.

Most infections are mild, and symptoms can last between two to four weeks.

More than 50,000 monkeypox cases have been recorded in the global outbreak.

The World Health Organization lists 50,496 cases and 16 deaths as reported this year.