Bengaluru: No reduction in number of tobacco smokers in spite of hefty fines

Bengaluru, Aug 16: In the last three years in Karnataka scores of people were fined for smoking in public places. However, the menace still continues.

The fine is around 35% more than that of other states. Activists say that there is minimal effort from the government to solve the issue totally.

Speaking on the subject, a senior police official said, “Karnataka is in the forefront of implementing COTPA Act. Several measures have been taken to control smoking in public places. But the government has to ban it totally.” 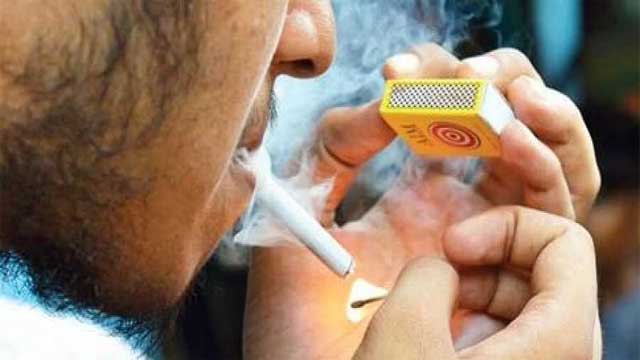 “The fines collected from the citizens for smoking in public places are the highest in India. However, the improvement is very minimal. People continue to smoke near tea stalls, pan shops and other public places. The tobacco industry pays the amount of fines that is slapped on the tea stalls to the owners as the tobacco companies do not want to lose their customers,” said S J Chandar of Tobacco Free Karnataka Federation.

Chandar further said, “From April 2019 to March 2022, 5.07 lac people were slapped with fines for smoking at public places. This is 35% of the 14.40 lac people who were fined all over the country. Out of the total fines, 50 per cent is slapped in two states of Kerala and Karnataka. The fine of Rs 200 for smoking in public places is quite less and it should be increased considerably to make it more effective.”

Title: Bengaluru: No reduction in number of tobacco smokers in spite of hefty fines