All the students, teaching and non-teaching staff assembled in the school grounds and the programme started with the welcome of the chief guest, Punith V Nair (Army Officer). To commemorate the sovereignty of the nation, the chief guest unfurled the national flag escorted by the school pricipal Sr Jyothi, Sr Joycelyn, the principal of PU College, Sr Leonilla, the headmistress of Holy Rosary School, Sr Priya Maria, the superior of Carmel Convent as well as the joint secretary of the institutions and Sr Elena the administrator of the school. 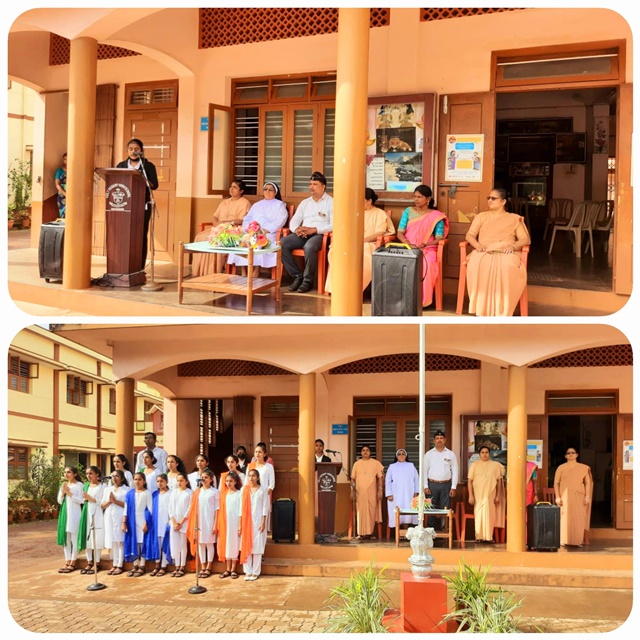 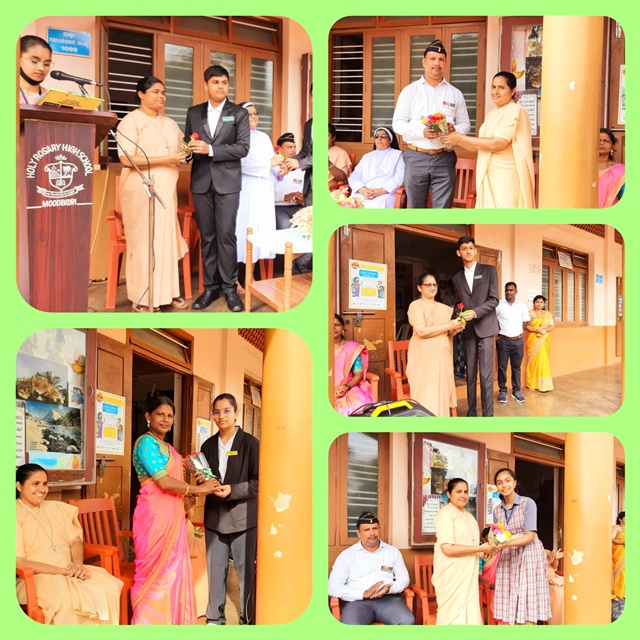 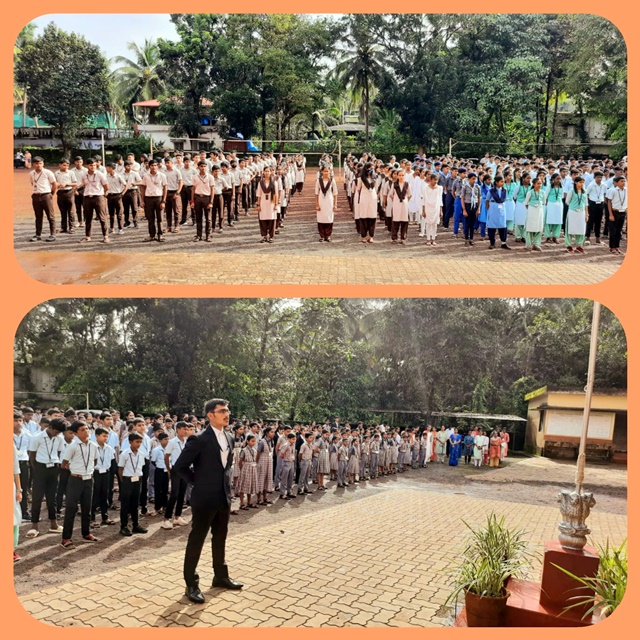 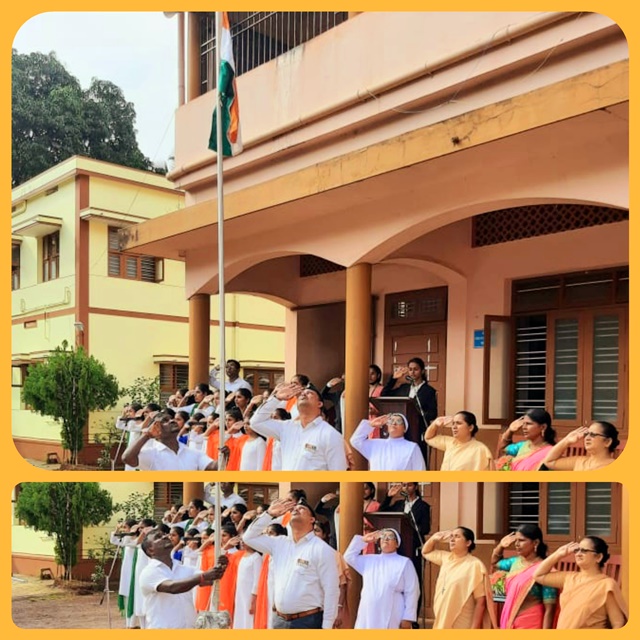 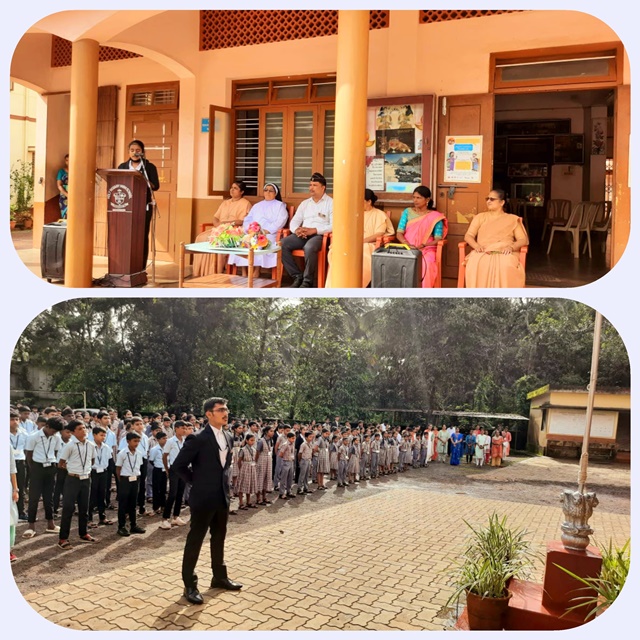 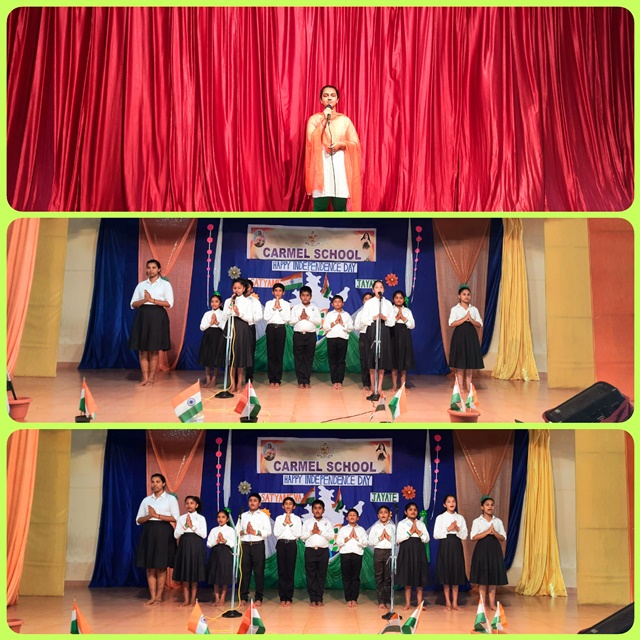 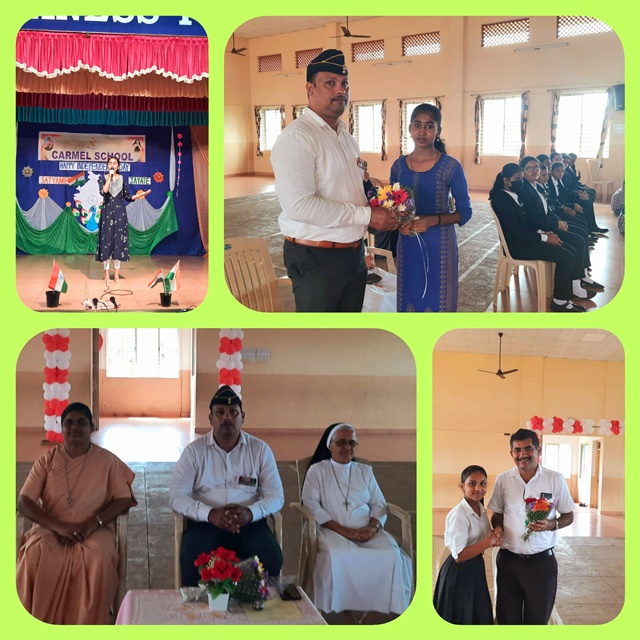 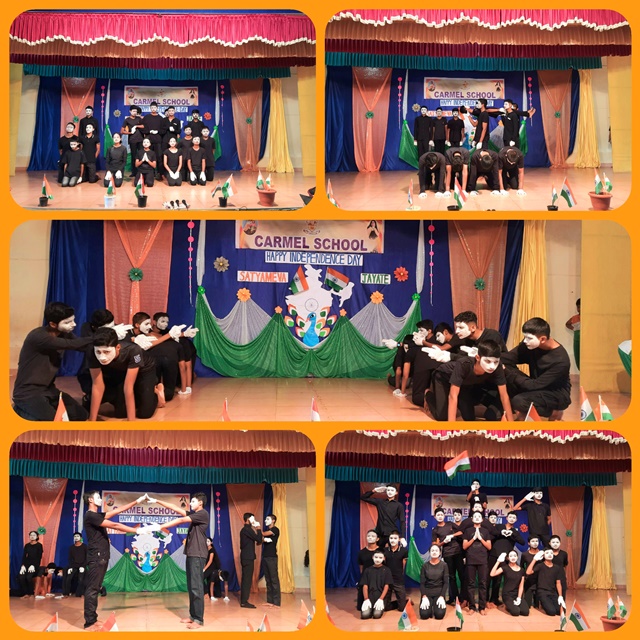 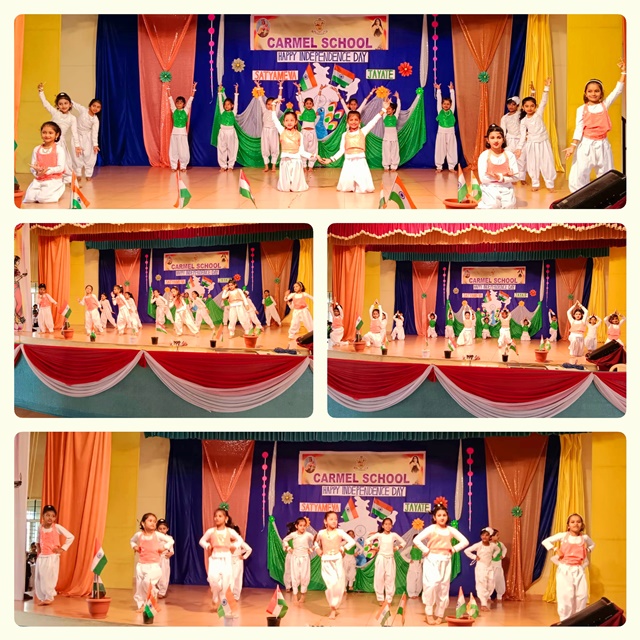 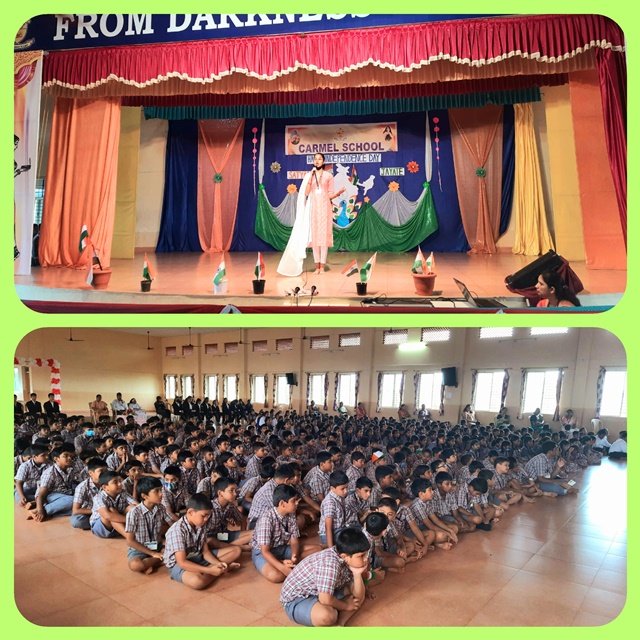 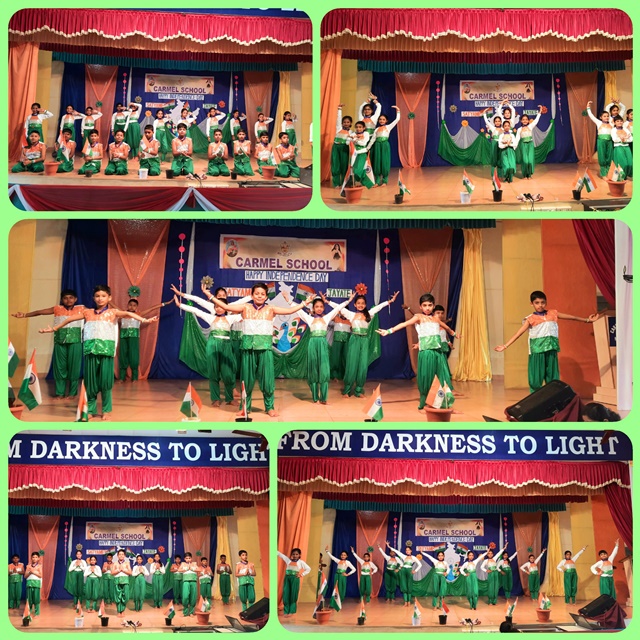 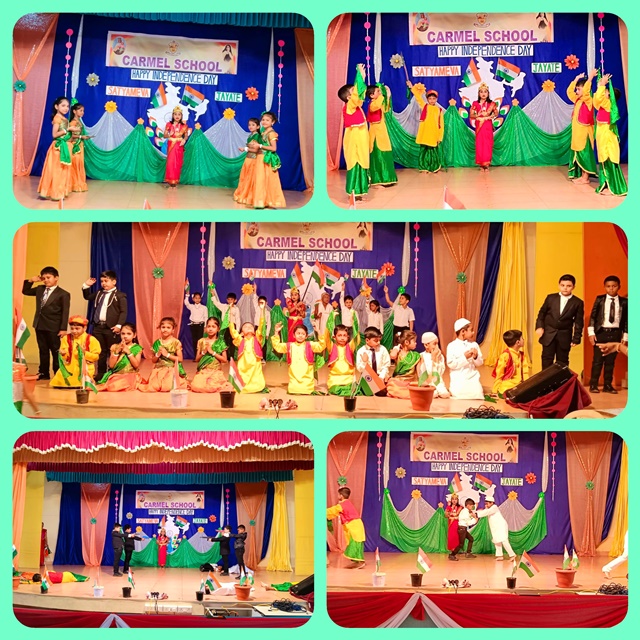 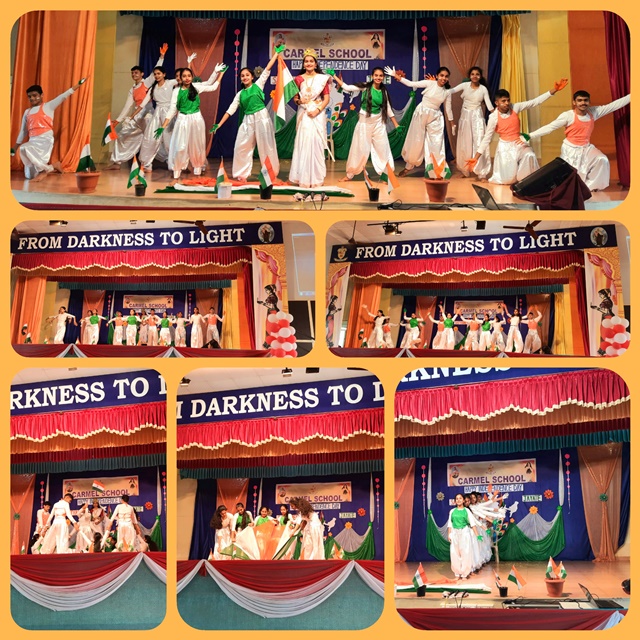 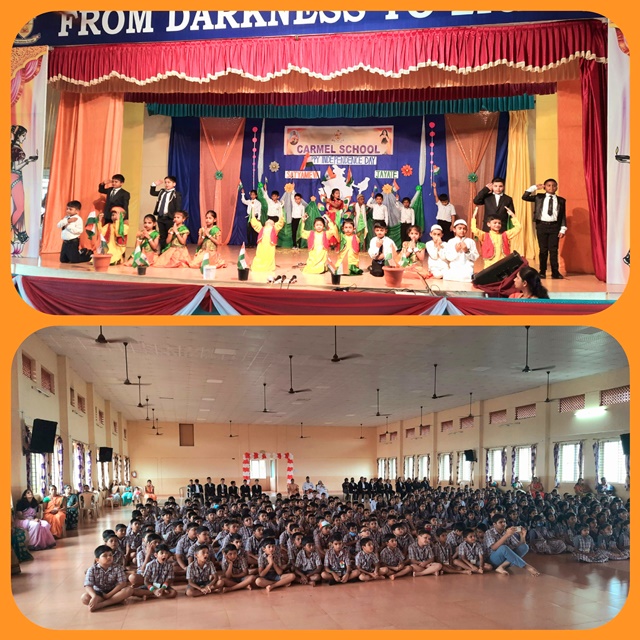 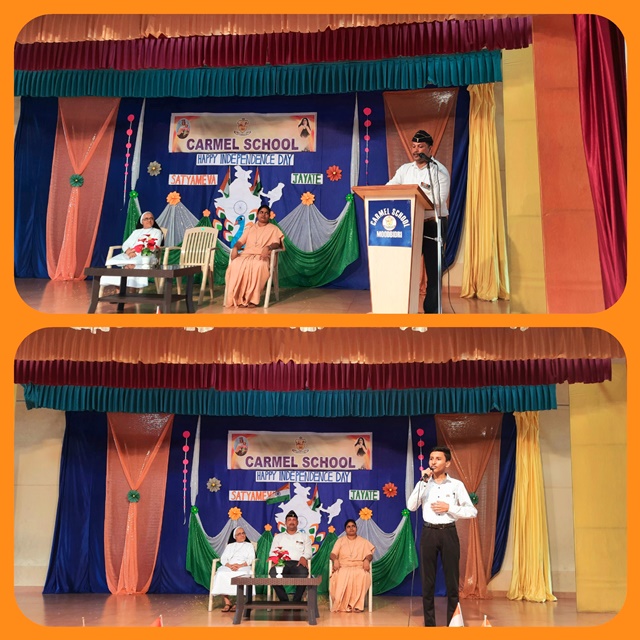 The national anthem was sung paying tribute to the freedom fighters. This was followed by a short cultural programme in the school hall. On this National Festival the programme commenced with an invocation beseeching God’s blessings on the country and its citizens. Alriya D'Souza of class X welcomed the gathering with her welcome speech.

Students of classes 2B, 4B and X performed various activities such as patriotic dance, skit where they paid tribute to Mother India and dressed themselves as the leaders and freedom fighters who fought against the British to gain freedom. A heart touching mime show was presented by the students of class X wherein they showcased the life and sacrifices made by the soldiers during the freedom fight. Significance of the day was enumerated by Shaina Pinto of class X. The chief guest in his address to the students gave a wakeup call to strive to build a better nation. He also reminded the students about the sacrifices made by our great freedom fighters and asked everyone to pledge that they would save the Motherland India with dedication to carry it to greater heights of glory with dignified deeds.

The school had conducted various competitions for every month from classes LKG to X. Many students actively participated in these monthly competitions and won prizes. The winners of the competition were awarded with certificates. The celebration came to an end after being served with sweets.

The programme was compered by Niyathi Amin of class X and vote of thanks was proposed by Mohammed Numaan of class X.