Mangaluru, Aug 15: Independence Day was celebrated with great enthusiasm and patriotic fervour on August 15 at the admin office ground with chairman, directors and staff members to mark the 75th year of freedom from the British Rule and embarked ‘Azadi Ka Amrit Mahotsav’, a significant milestone in the country’s history. 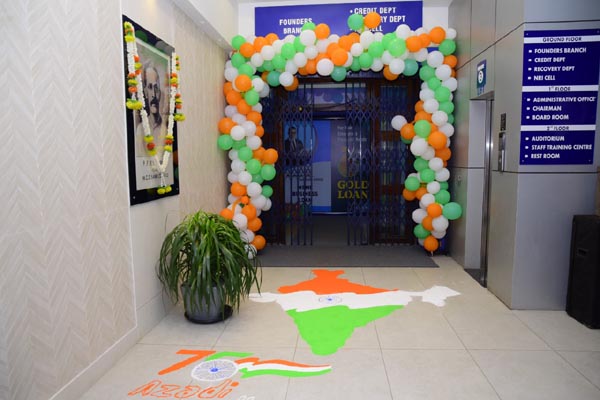 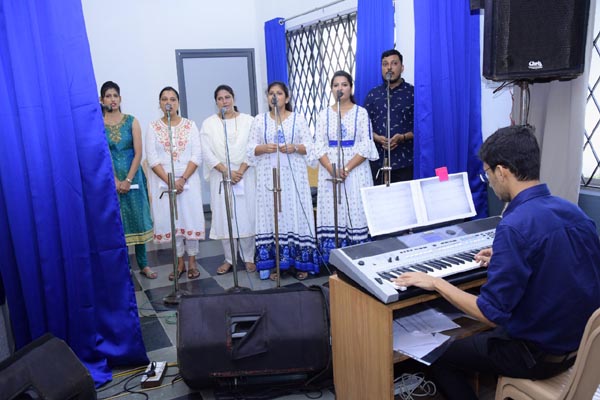 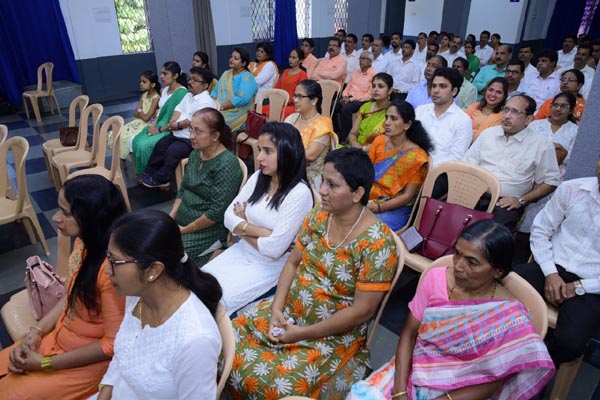 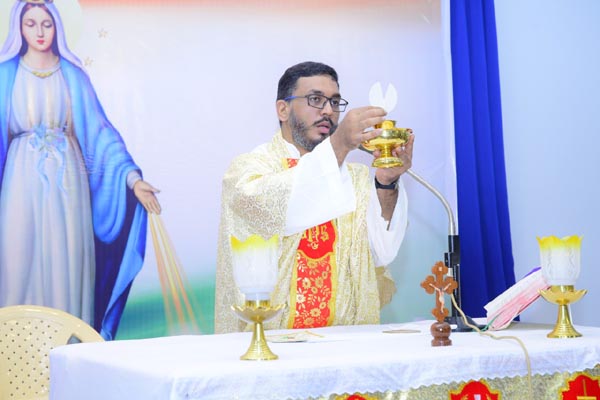 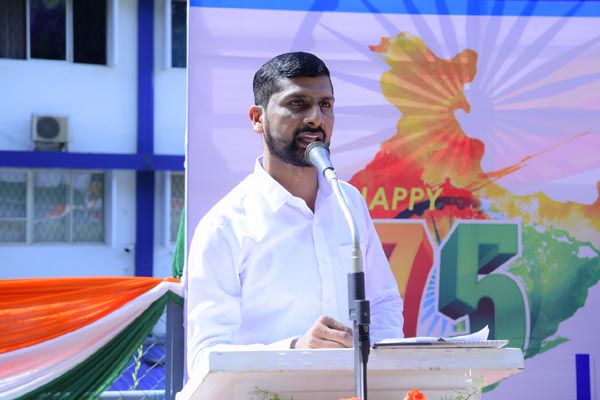 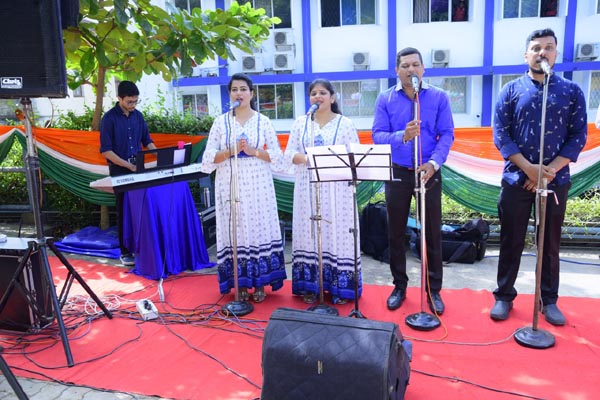 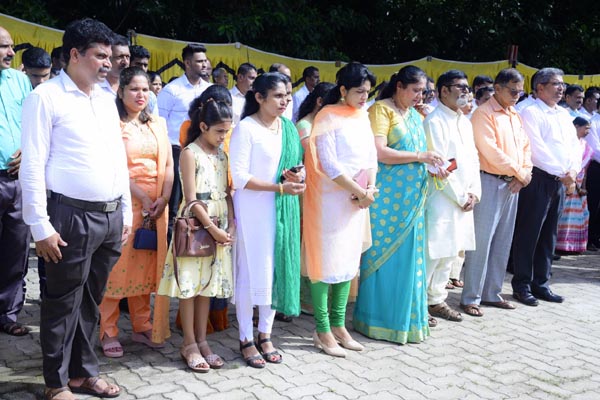 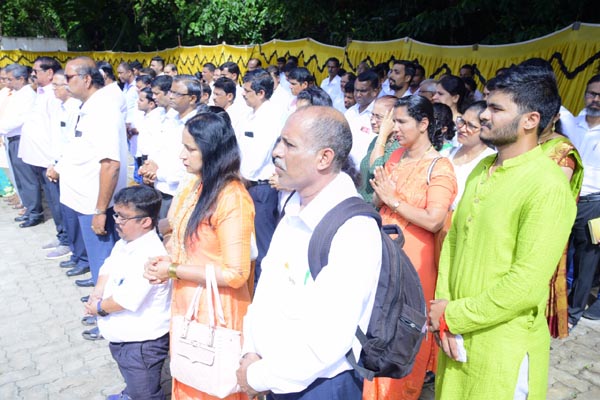 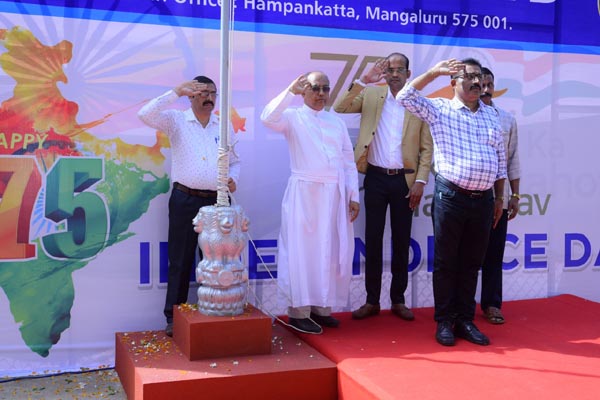 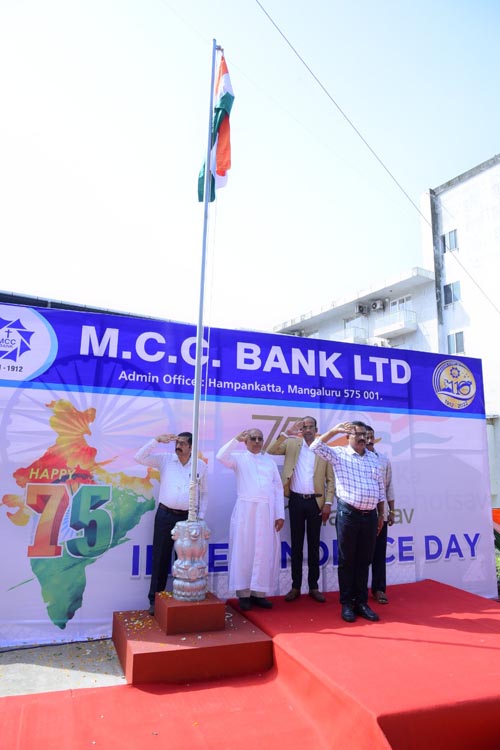 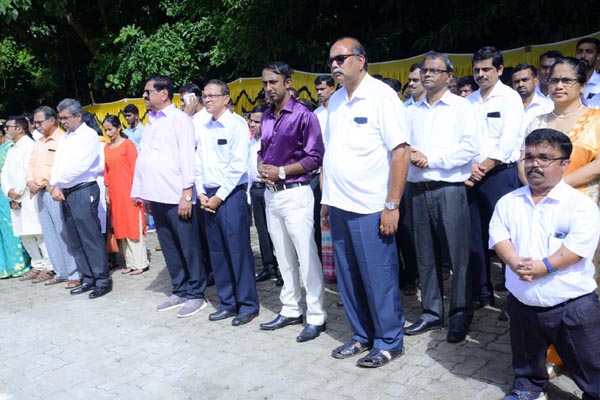 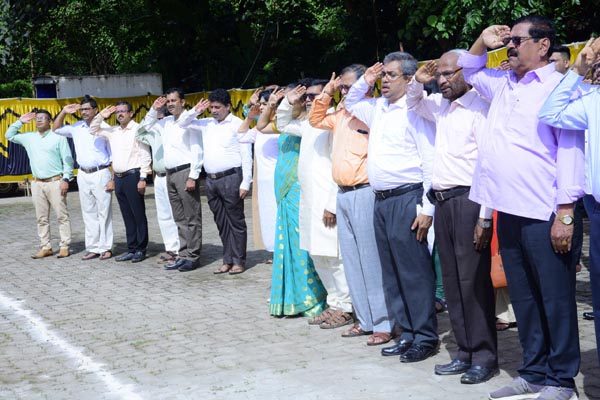 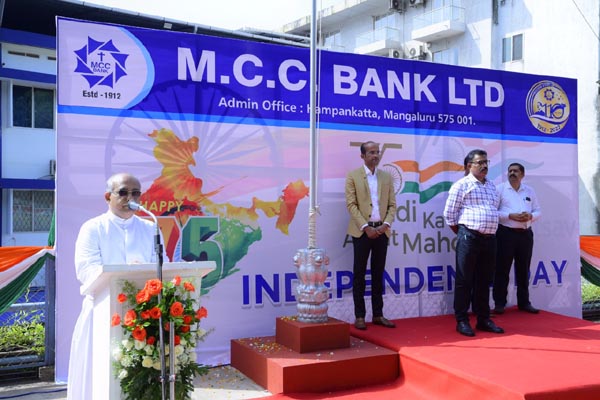 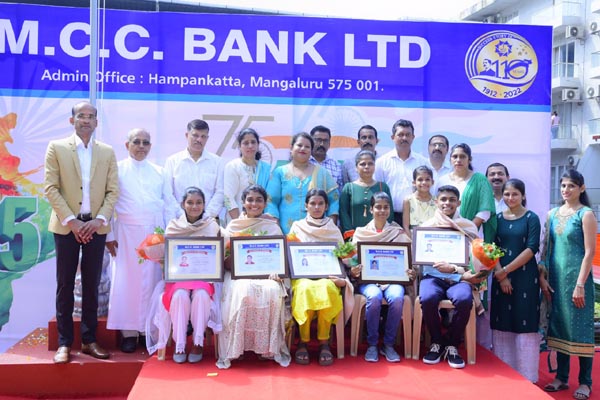 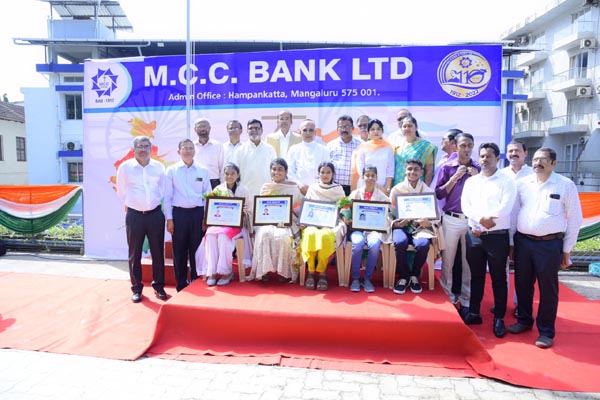 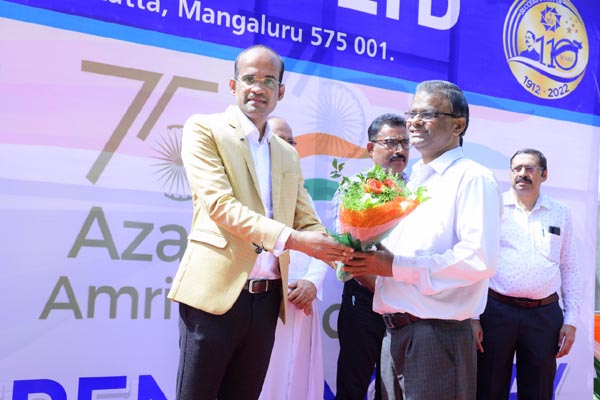 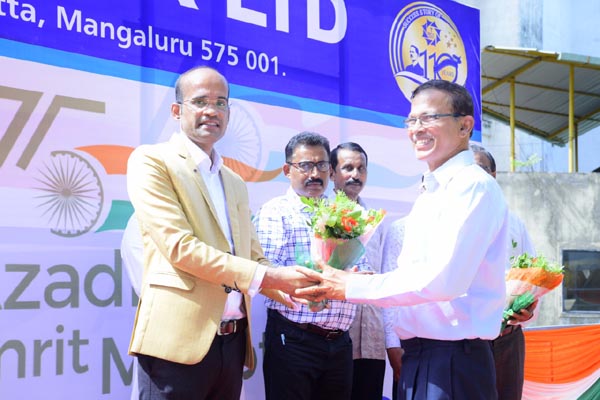 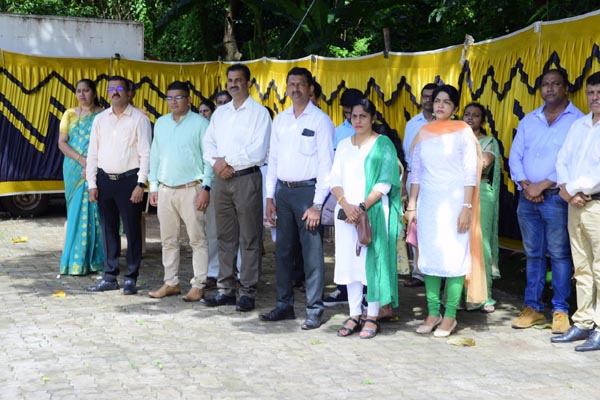 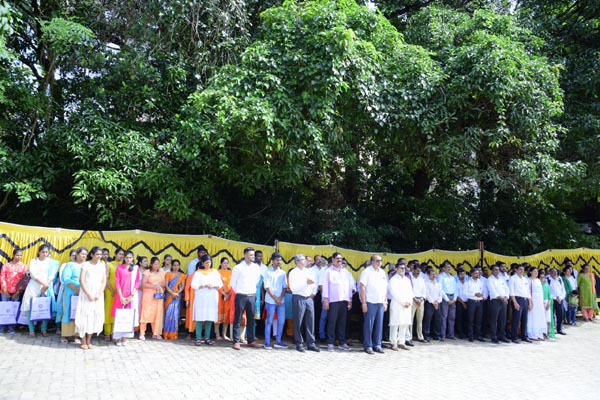 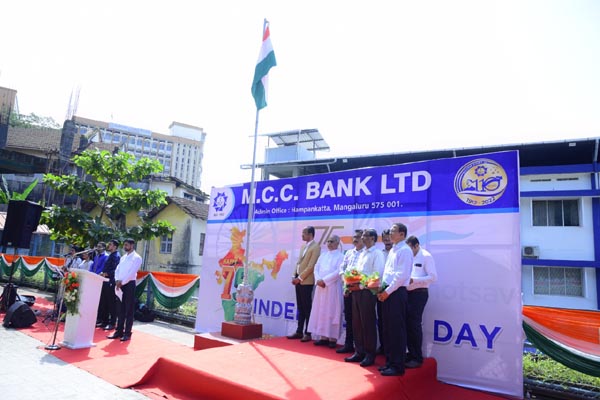 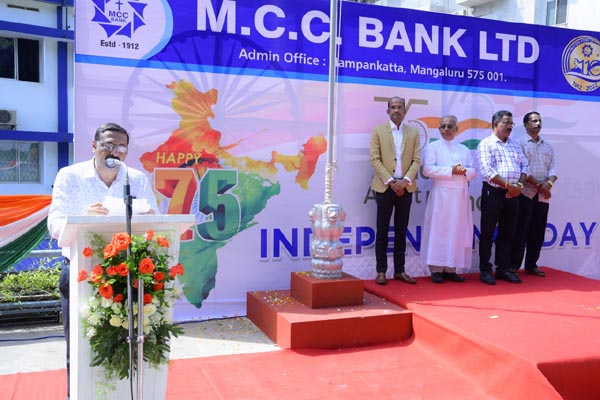 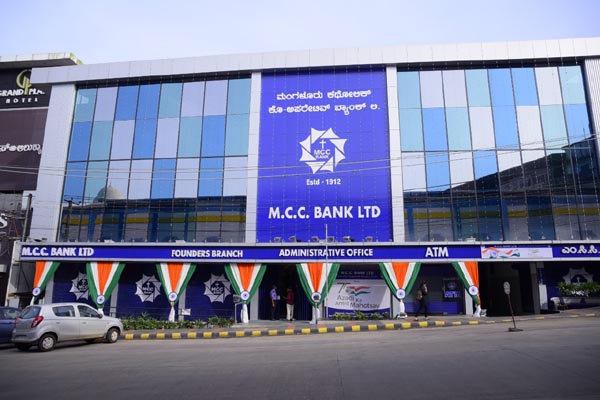 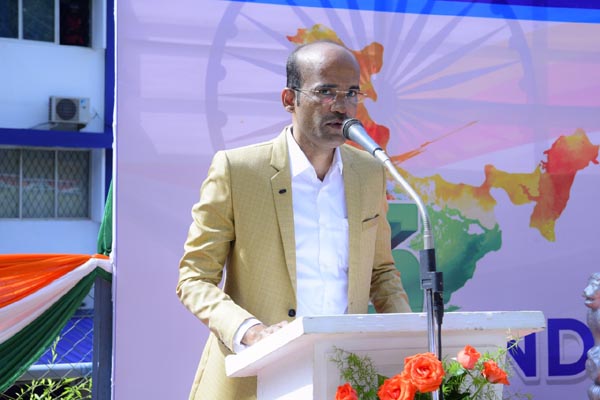 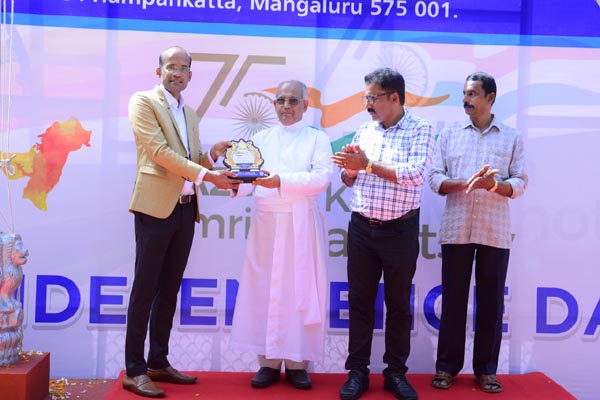 Chairman Anil Lobo, while welcoming informed the gathering that for the first time the Bank is celebrating Independence Day in view of the nation celebrating 75 years of Independence. Chairman remembered the sacrifice of millions of freedom fighters and their service to the country and urged all the staff members to be more responsible in their work and said the real independence is to be reflected in serving the customers of the Bank.

Fr J B Crasta, director of St Antony Ashram, chief guest of the day hoisted the Flag and expressed his delightness to be part of the celebration of the 75th year of Independence of our country with the MCC Bank management and staff members, he emphasized that many of the freedom fighters sacrificed their lives for this great nation: as a responsible citizen and member of MCC Bank family each and every one should inculcate the value of this freedom in their workplace and serve as unity with the positive vibes.

Directors David DSouza, Herald Monteiro, head office staff Maxim Lasrado who were celebrating their birthday in the month of August were felicitated.

Programme was concluded by patriotic song.

On the occasion of India’s 75th year of Independence, as a mark of Azadi Ka Amrit Mahotsav, 'Har Ghar Tiranga' campaign was held from August 13 to 15 in administrative office and 16 branches of the bank. Branches were decorated with lights and flags. Flags were distributed to the customers to make this campaign a successful one.