The government order came after the Mumbai District Caste Scrutiny Committee probed the issue for nearly seven months and gave the clean chit to the IRS officer, currently posted in Chennai. 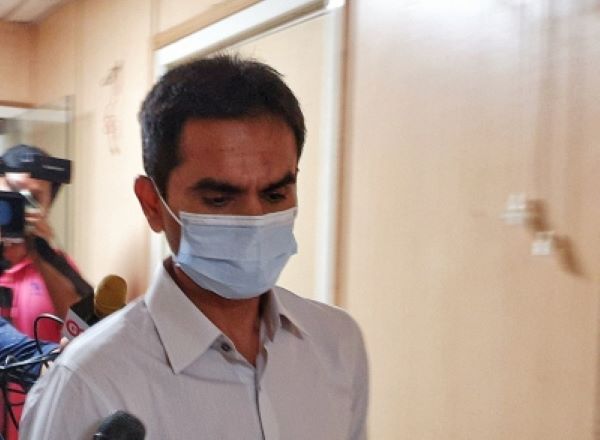 The panel has concluded that Wankhede is not a Muslim by birth and he belongs to the Mahar community which is a Scheduled Caste.

Former Maharashtra Minister and Nationalist Congress Party leader Nawab Malik - currently in custody - had first raked up the issue, along with other activists like Ashok Kamble, Manoj Sansare, and Sanjay Kambale.

According to the official order, it has not been proved that Wankhede and his father Dnyandev Wankhede had renounced Hinduism to convert to Islam and they both belonged to the Mahar 37 Scheduled Caste, and rejected all the complaints filed against them in the matter.

Soon afterwards, Wankhede tweeted - "Satyameva Jayate" - signifying 'victory of truth', and said he and his family had undergone a lot of trauma due to the matter.

"We had not much expectations from the Caste Scrutiny Committee, have faith in the high court," he said.

"We shall now modify our petition in view of the latest order... It is not final and we shall request the high court to order a full probe into the matter," Satpute added.

According to the order, signed by DCCVC Mumbai President Anita Meshram, secretary Sunita Mate and member Salima Tadvi, "non applicant Sameer Dnyandev Wankhede is not a Muslim by birth. It is not proved and the non-applicant and his father Dnyandev Wankhede renounced Hinduism and duly converted to Islam".

Wankhede had shot into the limelight in 2020 after the probe into the drugs cases arising out of the death of Bollywood actor Sushant Singh Rajput in which several film personalities were targeted.

In October 2021 he carried out the sensational arrest of Aryan Khan, son of Bollywood megastar Shah Rukh Khan, after a raid on an alleged drug party aboard a cruise ship, though Aryan later got a clean chit from the NCB.