Amrutha Joshi developed a craze for bike riding at the age of 12 years. When she turned 18, she ventured out on a small ride. "It is obvious that society will not take it in good terms if it sees girls riding bikes. After 18, I left for a long ride. I chose Northeast as my destination for a solo ride," she said.

Amrutha Joshi, born to Ashok Joshi and Annapoorna Joshi, is the youngest daughter among three children. Few years ago, Amrutha Joshi’s father passed away, Late Ashok Joshi had a dream that his daughter Amrutha would go for a long ride and break the stereotype in the society. Amrutha is a proud alumna of Canara High School who studied there from 2010 – 2015. 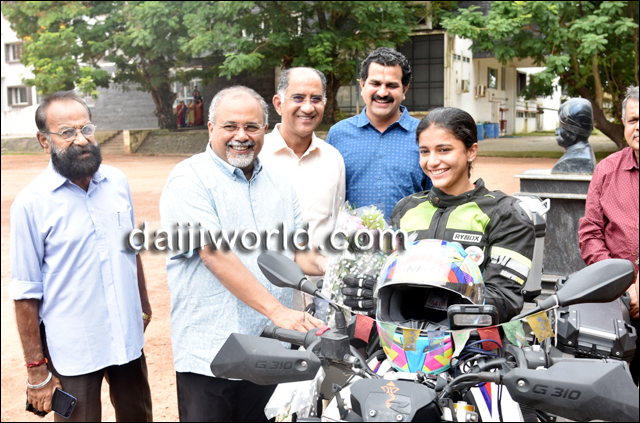 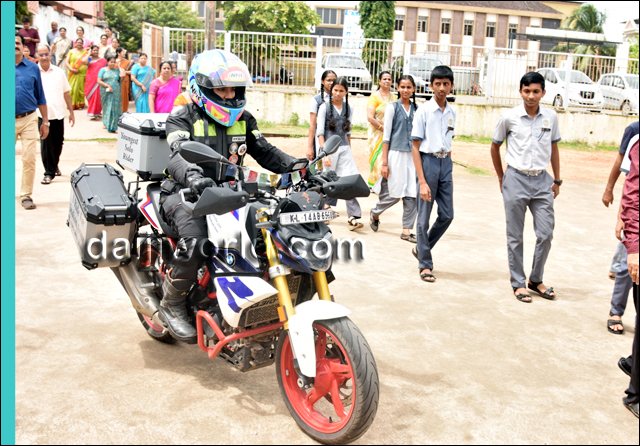 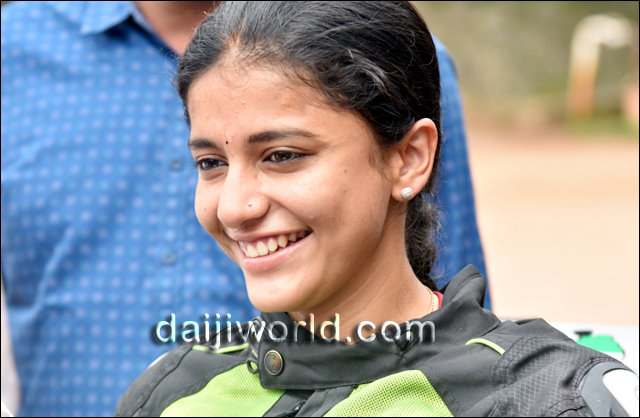 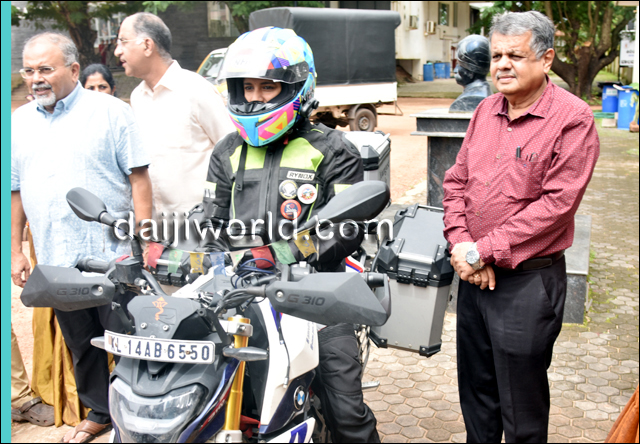 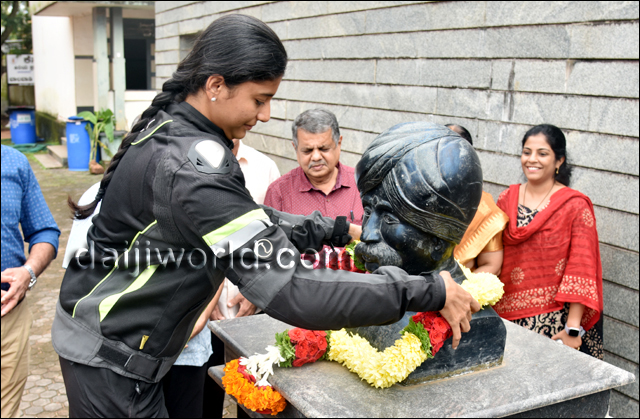 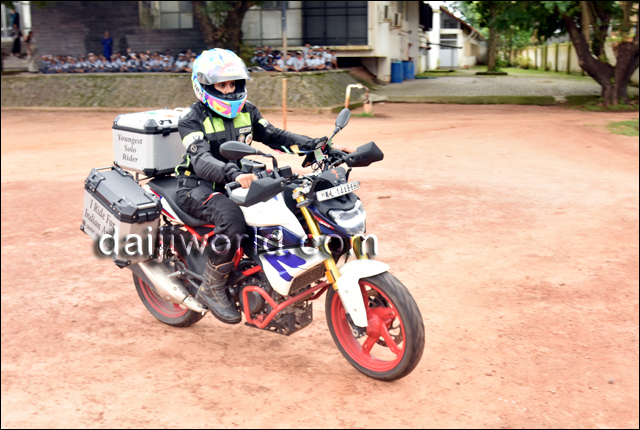 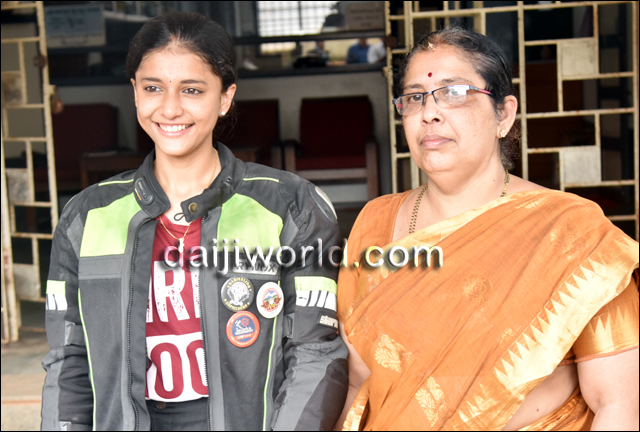 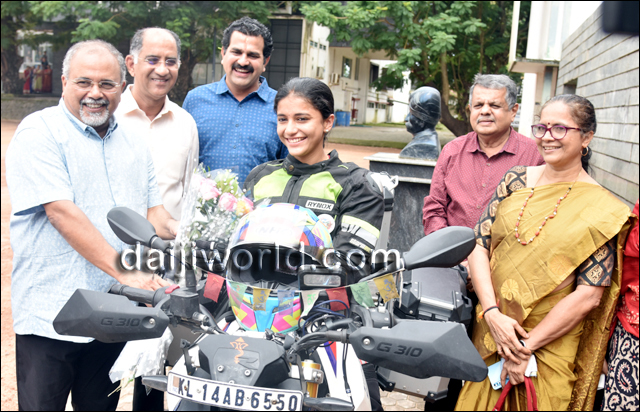 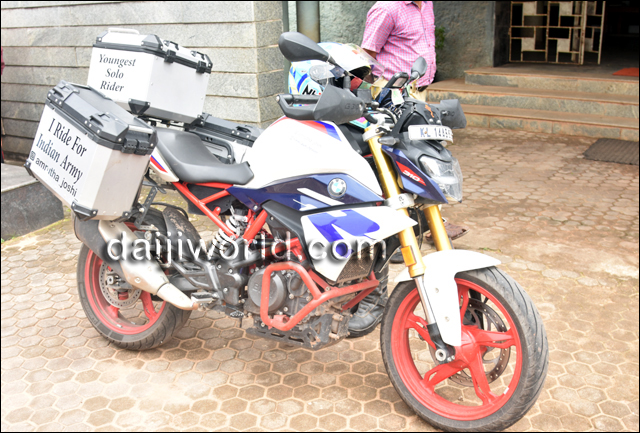 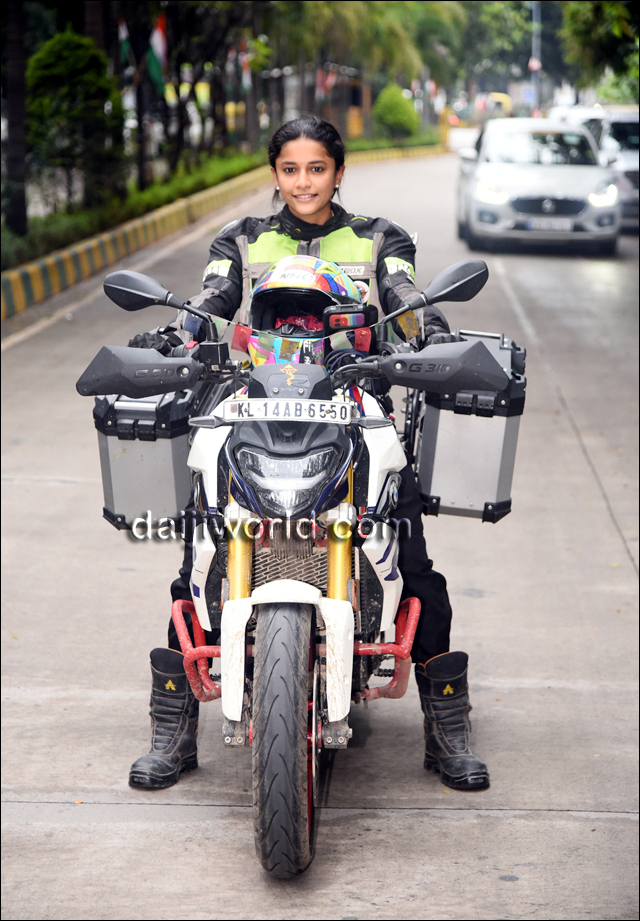 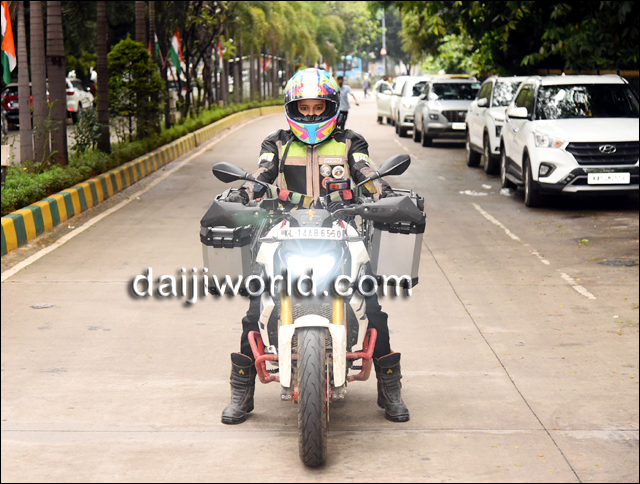 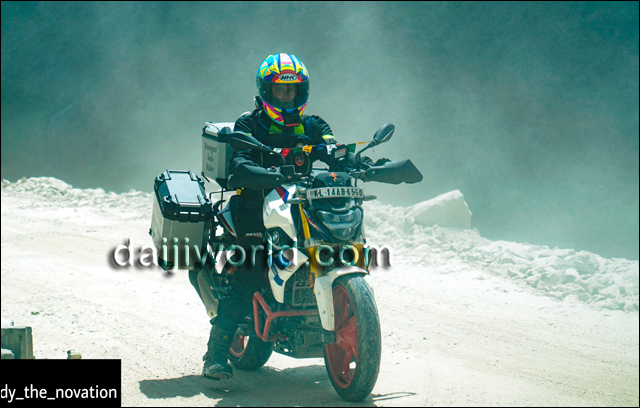 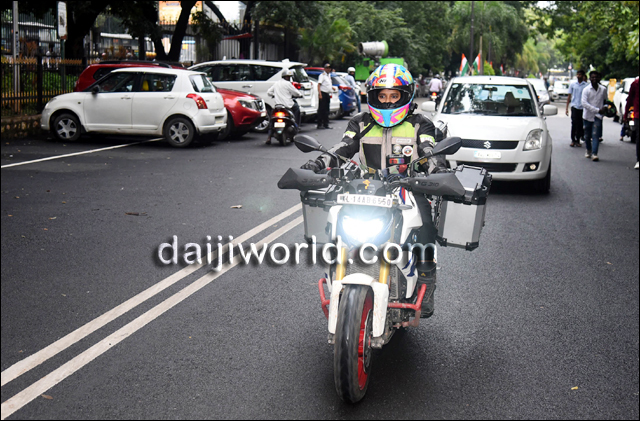 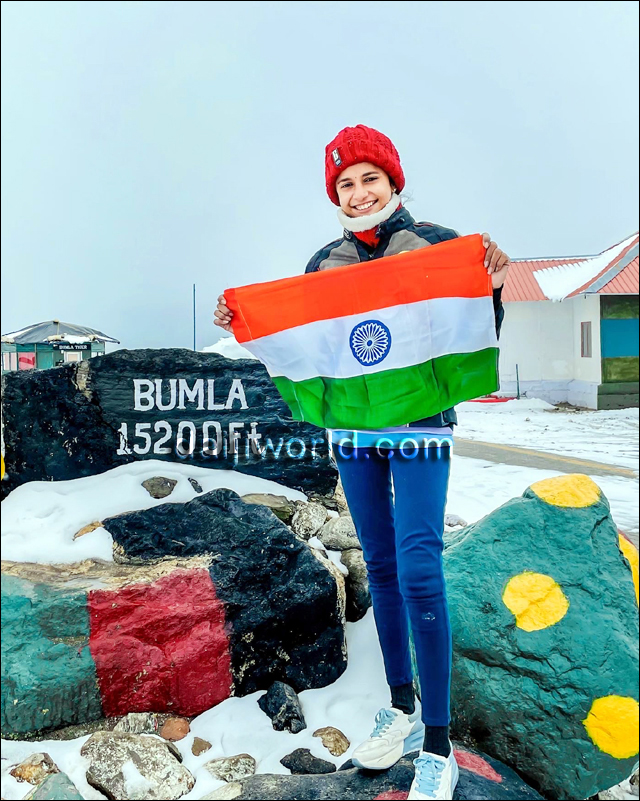 Amrutha Joshi said, "When I selected Northeast, I was told that the riders face harassment there. Meanwhile. thanks to the struggle of the Indian army we ride freely. My current ride is for the Indian army and regional equality."

Amrutha's solo ride flagged off from Calicut on February 4 and reached Tawang on April 9 after covering Nepal, Myanmar. When she reached Tawang, she thought that she would continue and cover the entire country. While she was travelling from Ayodhya, Amrutha also met with a hit-and-run accident. Amrutha had serious injuries and had to get back to home town for a month's rest.

Soon after recovering from the accident, Amrutha switched from KTM bike to BMW bike and started her solo ride from the place where she met with the accident with the support of her fiancée.

She covered more than 23,000 kilometers including states like Uttar Pradesh, Punjab, Ladakh, Rajasthan, Maharastra, Goa and then reached Karnataka, Amrutha will reach back home in Kasargod of Kerala soon.

Amrutha said, "The people of Northeast are so helpful. Every time I need help, they would voluntarily come forward. I had basic knowledge about the bikes and repair. Each day, I used to ride for about 8 to 12 hours and by the end of the day I used to consult a garage. Barring the accident, I have some sweet memories and wonderful experiences during my journey. It was challenging because 80% of the roads are off roads where you can’t predict the weather. After the demise of my father, it was my mother who motivated me to fulfill his dream to go for a ride."