Bengaluru, Jul 7: Strengthening of relations between the Republic of Korea, which is a global powerhouse in electronics and automobiles sector, and Karnataka, a frontline state in technology, would give a boost for bilateral economy, said Chief Minister Basavaraj Bommai in Bengaluru on Thursday.

The Chief Minister held a bilateral discussion today with a delegation of the Republic of Korea led by its Ambassador to India Chang Jae-bok in his office. It is a matter of pride that Karnataka has had close ties with Korea for many decades, Bommai said and felt it is commendable that Korea is manufacturing excellent products with state of the art technology. 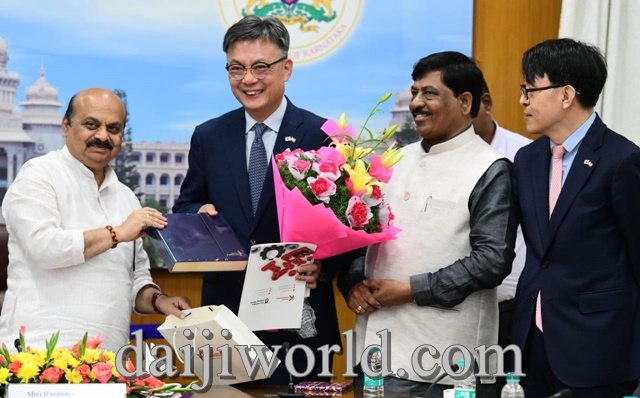 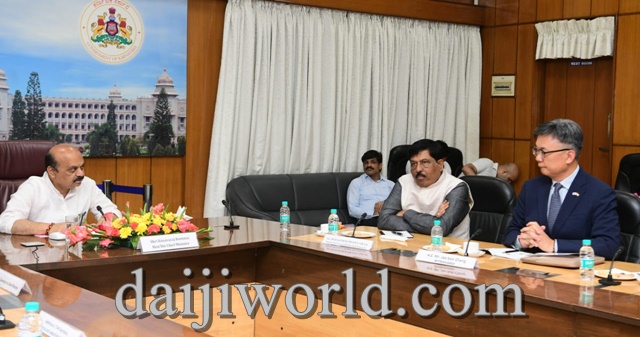 India and Karnataka are emerging as major economies with skilled human resources, he said.

The Chief Minister said India is a hot favourite as an investment destination. Karnataka is in the forefront among the states attracting about 38% of the total FDI flowing into the country.

Karnataka is home to highest number of international R & D centres in the world, it is the global hub of technology based industries. In this backdrop it would be of great mutual advantage economically if Korea and Karnataka joined hands, Bommai said.

The Chief Minister invited the Korean delegation to participate in a big way in the Bengaluru Tech Summit and Karnataka Global Investors Meet to be held in November. Chang Jae-bok said Korea is keen to further strengthen its economic relations with Karnataka.

``Many start-ups are eager to invest in Karnataka. Already over 40 Korean companies have a presence,’’ he said pointing out that the Korean Consular office has organised a programme Korea on the move in Bengaluru which is drawing huge response from the people.