Udupi, Jun 30: "We are not ready to say that violence may end here itself. We are not ready to pay our tribute to Kanhaiya. The Hindu society has the courage to bring ten Muslim heads instead of one Kanhaiya. Let them hand over those two accused to the public. We will punish them. Hindu Jagarana Vedike (HJV) will not condemn Kanhaiya’s brutal death because he became a martyr,” said Satish Davangere, zonal (pranthya) co-coordinator.

He was speaking at the protest organised by Hindu Jagarana Vedike in front of Martyrs’ Memorial ground at Ajjarkad here on Thursday June 30 against the brutal murder of Kanhaiya Lal in Udaipur. 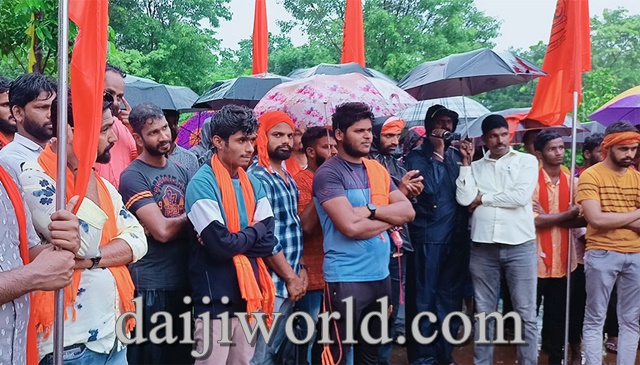 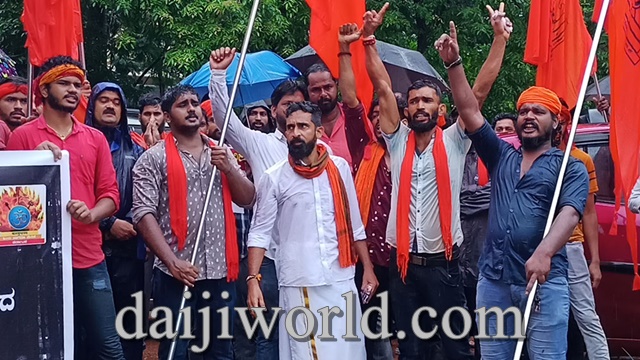 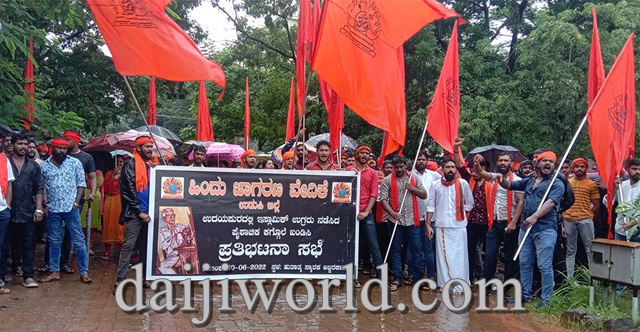 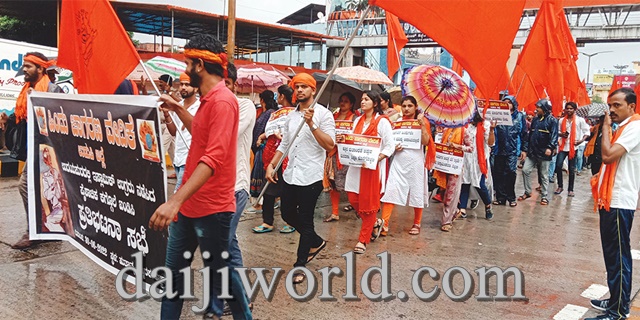 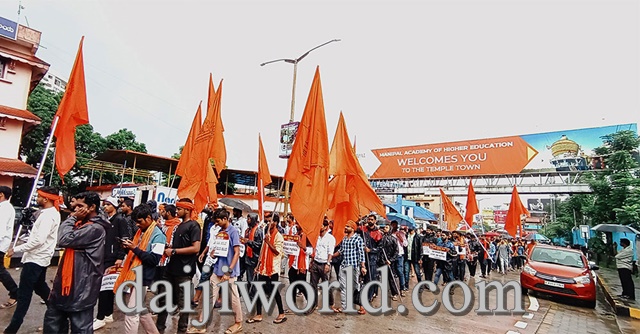 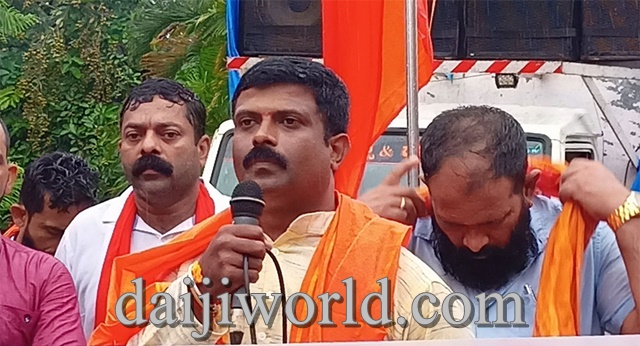 He said, “Instead of performing pooja and homa at home, let us start the practice of offering pooja to weapons and swords by keeping them in the place for worship. Let us come back to kshathra parampara. Kshathra is the oldest heritage of India. Most of the countries have been converted into Islamic states by force. India is the only country in the globe which dreams of ‘Akhanda Bharatha’.

“An innocent tailor Kanhaiya Lal was killed for sharing a message on social media in support of Nupur Sharma. This act can be repeated among other poor or common, innocent public in the coming days who have no connection to such violence. The Hindu society is never afraid of death and we are ready to fight for the protection of the society. Islam never bows down to truth as they do not want truth. The truth is Jews are the original fathers of Muslims and are protected by India. Hence, Muslims are threatening the Hindu society for not disclosing the truth behind their paternity,” he said.

A rally was held by the protestors, beginning from Clock Tower to the protest place at Ajjarkad.