Speaking to media persons at the JD(S) party office on Thursday, June 23, the former chief minster accused the BJP of being unable to tolerate the non-BJP governments in any state and its unholy attempts to pull down elected governments. 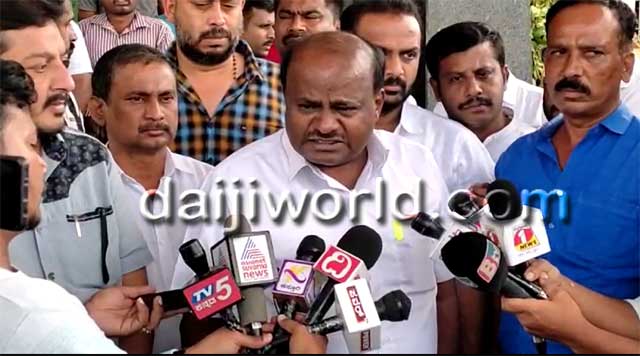 Kumaraswamy said it is widely claimed that Uddhav Thackeray has been unable to retain the trust of the Shiva Sena MLAs. But behind the present revolt within the ruling Shiva Sena, BJP’s hands are clearly visible, he said.

He claimed that BJP did not allow his coalition government with Congress in Karnataka, and MLAs from JD(S) and Congress were lured with offer of money and power.

“What is happening in Maharashtra is an insult to Constitution. Under the BJP rule, democracy is endangered and Constitutional norms have scant regard or respect and majority governments are unsafe,’’ he said.

The present anti-defection law is totally meaningless and needs to be strengthened, he said.