Mangaluru, May 31: Dr Rajendra K V, deputy commissioner (DC) of Dakshina Kannada district instructed the Muslim girl students to follow the decision taken by syndicate of Mangalore University with regards to wearing of hijab, over which row erupted recently in the university college of the city.

Some Muslim girl students who did not agree with the decision of university syndicate wore hijab and arrived to the college on Monday, May 30. But they were not allowed to enter inside the classroom. Later, they went to the DC office and spoke to DC. 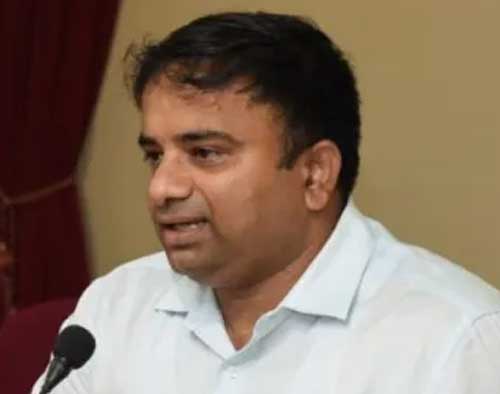 Speaking to the media after the meeting with the girl students of university college, Dr Rajendra said, “the district administration cannot interfere in the decision taken by syndicate of university. Colleges have to abide by the decisions taken by the university. I have instructed the girl students not to disturb peace by not following the law. I have listened to their grievances and have made them understand certain matters.”