Mangaluru, May 26 (IANS): Hundreds of students in here staged a protest on Thursday against wearing the hijab in classrooms.

The students from Mangalore University college at Hampankatta boycotted classes in protest against allowing Muslim girls to wear hijab in class.

They demand that the college management prohibit students from wearing hijab in classes.

The students expressed anger at the authorities for allowing this despite the court and government orders. 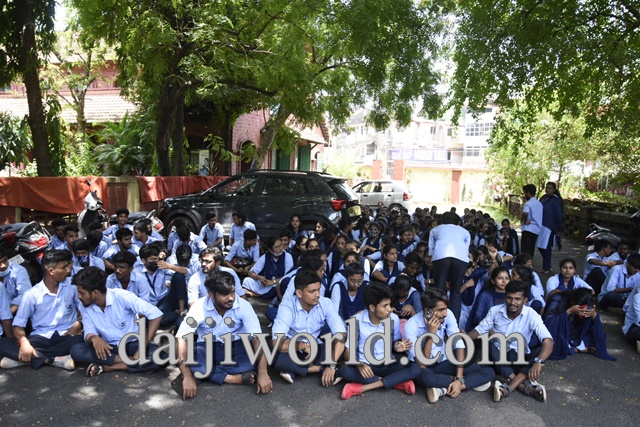 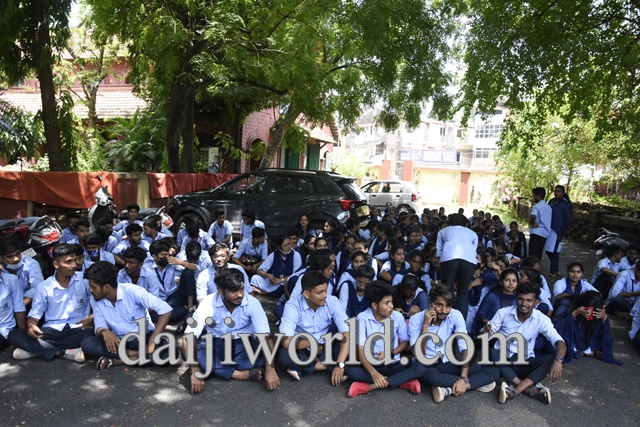 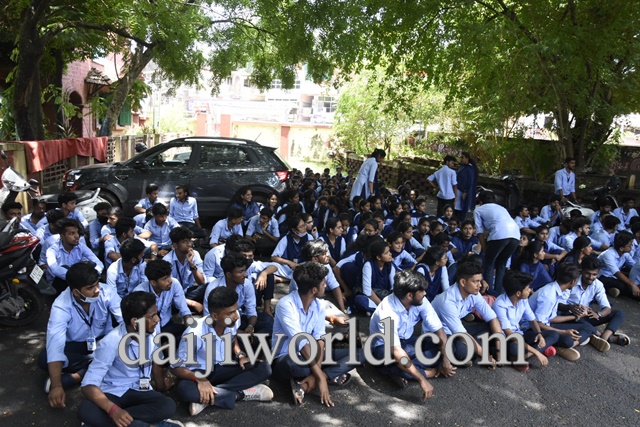 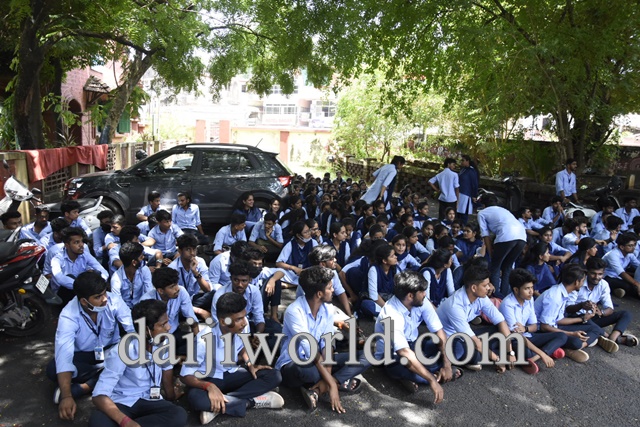 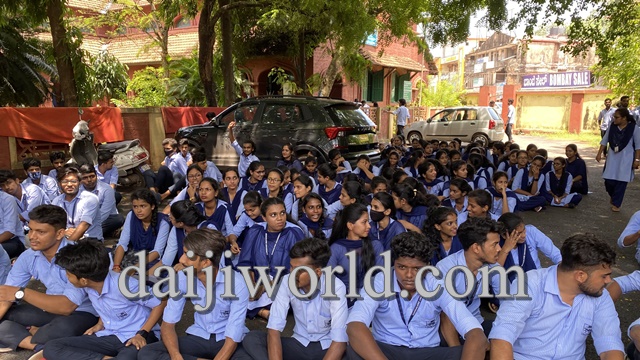 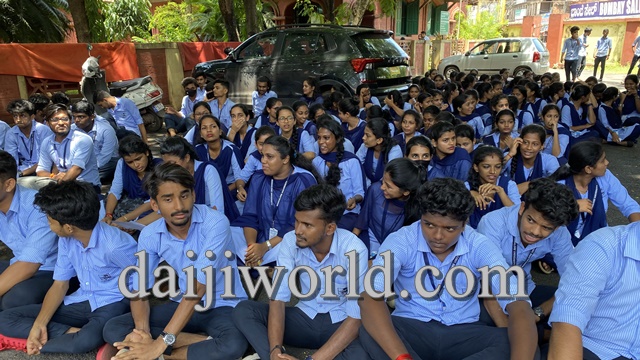 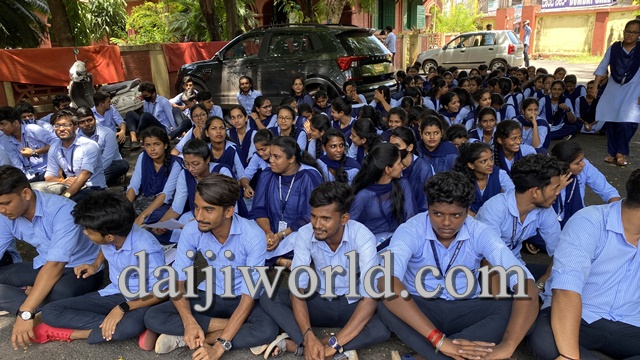 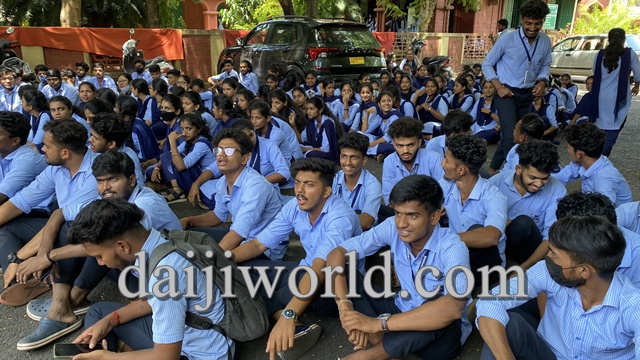 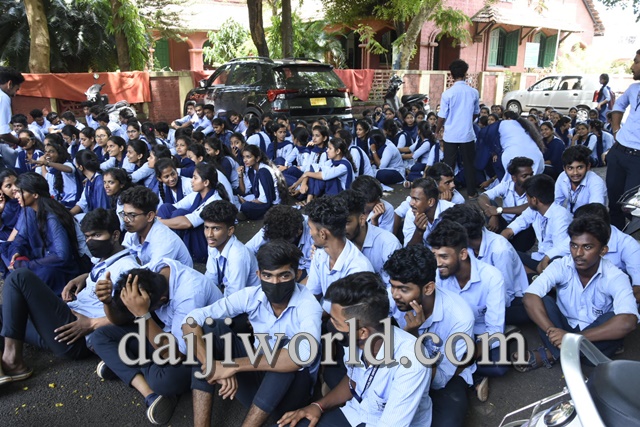 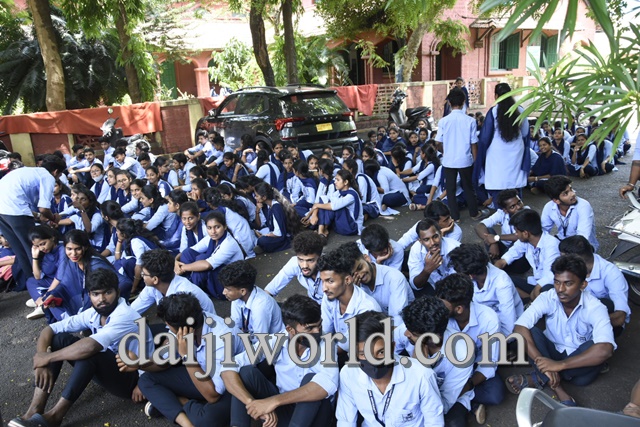 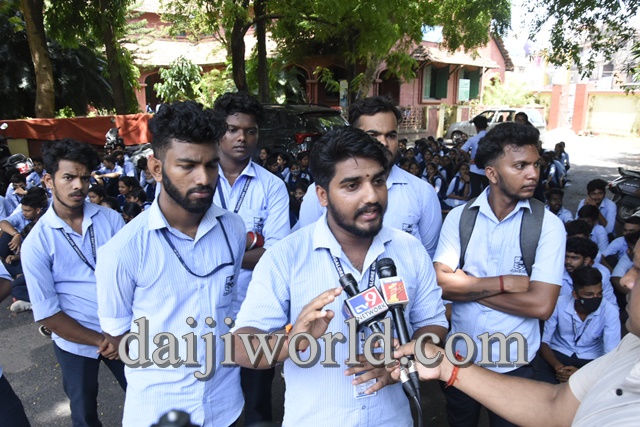 The administrative committee of the college held a meeting few days ago with regards to hijab and asked girl students not wear the same. However, some students wore hijab and arrived to college on Wednesday May 26. Students of the college belonging to ABVP are protesting against the same and have boycotted the classes in protest.

ABVP affiliated students say that if Muslim girl students are allowed to wear hijab, they will also wear saffron shawls.

The hijab crisis started earlier this year as a protest by six students of the Udupi Government Pre University Girl's College, which later escalated into a massive row.

The issue attracted international attention and dented the image of the state. The students filed a petition at Karnataka High Court seeking permission to wear hijab in classrooms.

The High Court taking note of the situation and sensitivity of the matter, constituted a special bench and heard the petition immediately.

The special bench headed by Karnataka High Court Chief Justice Ritu Raj Awasthi dismissed the petition filed by students and observed that wearing of hijab is not an essential practice in Islam.

The government of Karnataka has issued guidelines for schools and pre-university colleges making uniform compulsory for students without giving any room for wearing of hijab in classrooms.