Mangaluru: Delay in arrival of trains to city inconveniences commuters

Mangaluru, May 28: Commuters are suffering as the trains travelling from Mumbai to Mangaluru have been delayed by at least 4 to 5 hours for the past four months.

Several people from the coastal region travel to Mumbai for their business and various other activities. There are more than 15 trains proceeding to various destinations that pass through Mangaluru Central and Mangaluru junction railway stations. 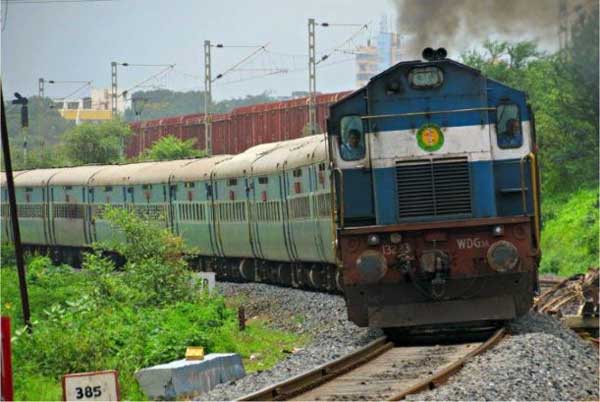 Speaking to daijiworld.com, Dakshina Kannada Working Journalists Association president Srinivas Indaje said, "For the past few months, trains from Mumbai and other parts of the country have been arriving late to Mangaluru by at least four hours to six hours thus inconveniencing the passengers. As it is a single-line track, it also takes more time due to the crossings. It is our request that MP Nalin Kumar and the railway minister should set right this inconvenience faced by the general public."

An officer from the railways department, speaking on condition of anonymity said, "Trains coming from Thiruvananthapuram to Mangaluru get delayed because of the ongoing development works. Usually, during monsoon, timings of the train change. Recently, trains arrived late because of rain arising due to the cyclone."