Mangaluru, May 26: A gang of five miscreants kidnapped a young man from Ullal and attempted to kill him on Charmadi Hills late night on Wednesday, May 25. The young man who escaped from the gang reached Ullal by auto rickshaw and is receiving treatment at a private hospital in Thokkottu.

Kabeer (26), a resident from near Ullal Dargah was the victim of kidnap.

Details of the incident

Kabeer was returning home from near Ullal Dargah after dropping his brother near Kotepur at night on May 25 when a car hit his bike near Abbakka circle. The gang tried to grab Kabeer who fell on the ground. However, Kabeer got up and started running. But the gang threw an iron rod on his leg to prevent him from running, hit on his head with the back of sword, forced him into the car and kidnapped him. Two men of the five member gang in the car had held a dagger on Kabeer's neck. 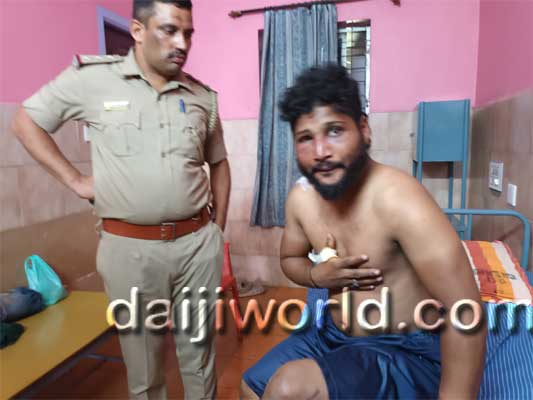 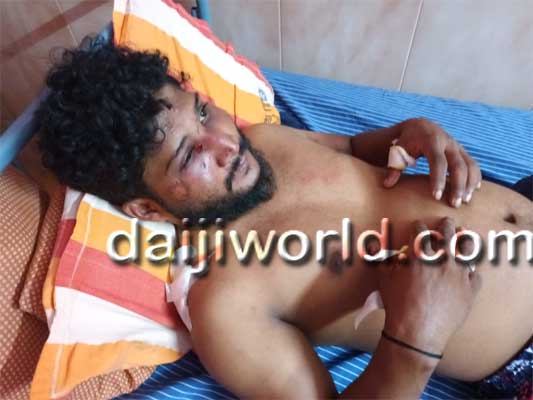 The gang stopped the car at Charmadi Hills and tried to cut Kabeer's neck with a dagger. However, Kabeer got out of the car and escaped. He suffered an injury after falling into a ditch while escaping. Kabeer ran inside a forest on the way, found a house on the way and explained the matter to the inmates. The house inmates provided him with a tea shirt, sandals, called an auto rickshaw and asked the driver to drop him at Mangaluru.

Orders over mobile to kill and throw his body

The five kidnappers were holding tablet strips and were completely intoxicated. They were consuming tablets on the way and continuously assaulted Kabeer. Over a call received on their mobile there were orders to kill Kabeer and throw his dead body around Charmadi Hills so that nobody can trace it.

The Kotepur residents had complained to the district administration that black smoke was emitting from the Kotepur Fish Oil Mill causing problems to the children and elderly persons. Therefore there was a stay order on the functioning of the mill. Though all fought against it, only five men who took part in the protests collected Rs 48 lacs from the fish mill owner and got the stay order vacated. Kabeer had questioned this and kept speaking about the money. The enmity grew dueing the last four months and a conspiracy was hatched to kill Kabeer on Wednesday night.

Ullal station police inspector Sandeep has visited the hospital and started the investigations.