Bengaluru, May 26 (IANS): Karnataka Chief Minister Basavaraj Bommai, who is in Davos for the World Economic Forum meet, has extended his trip by a day and will now return on Friday.

CM Bommai is will hold talks with business honchos who have evinced interest in investing in the state. Large and Medium Industries Minister Murugesh Nirani and Minister for IT and BT, Higher Education C.N. Ashwath Narayan are also staying back with the chief minister to facilitate the investments.

In its official statement, the Karnataka government has claimed that the meet has been fruitful as the state has succeeded in drawing huge investments. 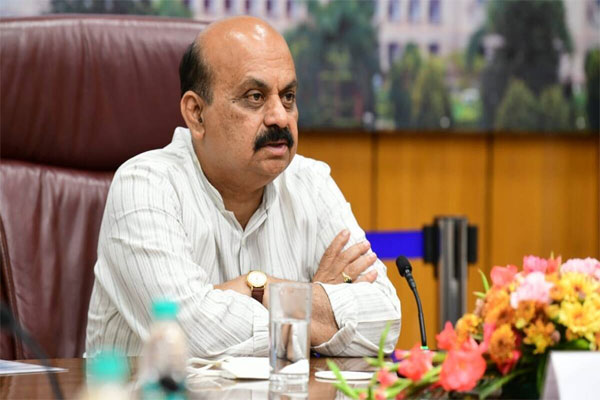 The Chief Minister highlighted the two new policies of the state--New R and D Policy and New Employment Policy--as part of its endeavour to make Karnataka the most attractive investment destination. He invited the corporate honchos to participate in the Global Investors' Meet to be held in Bengaluru in November and the Bengaluru Tech Summit.

For the first time, the team led by Chief Minister Bommai has inked MoUs with two major companies for a total investment flow of Rs 52,000 crore.

"It is proof of strong faith and trust reposed by major companies in Karnataka. It is the biggest investment flow the state proposal the state recorded in the recent past," the statement read.

ReNew Power, a leading name in the renewable energy sector signed a Memorandum of Understanding(MoU) with the state government to invest Rs 50,000 crore. The Chief Minister termed it a "milestone" in the state's Renewable Energy sector.

The Lulu Group International has come forward to invest Rs 2,000 crore in Karnataka which will lead to creation of 40,000 jobs in the state.

Siemens, Dassault Systems, Nestle, Axis Bank and Nokia have evinced interest in investing in Karnataka. Mega Data Centre will be established by Bharti, Ikea store is being opened in Nagasandra, Bengaluru.