Why batting lower down the order is the most unforgiving thing in life? Ashwin has the answer

Kolkata, May 24 (IANS): Rajasthan Royals spinner Ravichandran Ashwin marvels Chennai Super Kings skipper Mahendra Singh Dhoni for his death-overs batting skills and feels the no one else in the cricketing world comes anywhere close to the wicketkeeper-batter's "incredible ability" to turn the match on its head at the fag end of the innings.

Ashwin, whose side will take on Gujarat Titans in Qualifier 1 of IPL 2022 and aim to secure a direct final qualification later on Tuesday, added that batting lower down the order in a T20 game is the "most unforgiving thing in life". 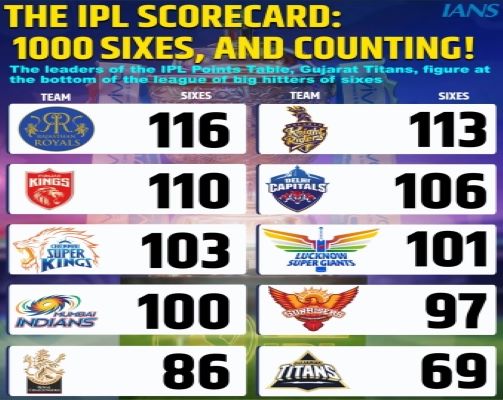 "Batting lower down in the order in a T20 game is the most unforgiving thing in life, and for a very, very long time I have just looked at MS Dhoni and said, wow! This guy is amazing! I mean, the amount of time he goes there... he keeps receiving this flak of slowing the game down, taking it deep and then closing it out. It's an incredible ability, which I think a lot of players are trying to come behind MS and wanting to be MSD... there's something to learn," Ashwin said in a video posted by Rajasthan Royals on Tuesday.

Ashwin said that this unique ability sets Dhoni apart from the rest of the cricketing world, and added that he is proud of himself that he has batted lower down the order for so many years.

The cricketer has shown his all-round abilities for the Royals, scoring 183 runs in IPL 2022 -- the highest by Ashwin in his long IPL career dating back to 2009. He has also scored a half-century besides averaging 30.40 this season at a strike rate of 146.40.

"I batted eight, I batted nine, I batted seven... seven at best in a T20 franchise and it's a very hard place to bat for a bowler who can bat a bit. So, literally in most of the franchises that I played, I would average may be 40 balls a season. If I batted more than 40-50 balls, I think either the team has done very badly or I have got a chance to bat ahead in that particular comp (composition)," said Ashwin.

Ashwin said he does receive a lot of criticism as he explores new horizons and experiments a bit with his cricket but added that it is part of his character.

"(I have) Received a lot of criticism for how I've tried to expand beyond the realm. Sometimes people may just feel why the hell is he doing all these things? Is he overambitious? Is he trying too much? But that is just me. If you take that out of me, you won't get this person," added Ashwin.

Title: Why batting lower down the order is the most unforgiving thing in life? Ashwin has the answer