Panaji, May 19 (IANS): Trinamool Congress' Goa in-charge and former MP Kirti Azad on Thursday alleged that 'fake' Hinduism is being shown on TV and dared the BJP and RSS for a debate on 'sanatan dharm'.

Addressing the media, he said: "I am from a land where 'Sita' was born. If you read scriptures of the sanatan dharm, it calls for sacrifices during 'saptami' and 'ashatmi'. There may be many such occasions where sacrifice forms a part of the tradition. Then how can they (BJP) speak about vegetarian and non-vegetarian?" he said. 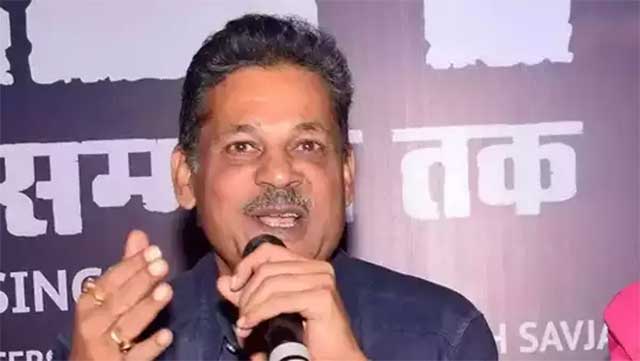 "Have we heard debates on unemployment, inflation, rising wholesale index, cost price index? We only get to hear about vegetarians vs non-vegetarians. Will the nation progress like this? People should know about the 'fake' Hinduism shown on the television," Azad said.

On fuel price hike, he said: "Virat Kohli and Rohit Sharma are not able to score centuries in IPL, but since last six months, fuel prices have made centuries and trend is on."

He said that Goa unit of the Trinamool will raise all issues concerning state and nation on relevant platforms.

"We are going to work for next five years. We will work hard for Lok Sabha election and for Assembly election in Goa. We are here to contest both the elections," he said.

He reiterated that the Trinamool will form the next government in the state as people are getting drawn towards the party.