Talks between Pak, IMF to begin in Doha

Islamabad, May 18 (IANS): A Pakistani government delegation is in Doha to participate in an all-important meeting with the International Monetary Fund (IMF) and negotiate over the release of crucial funds worth $1 billion, reviving the $6 billion bailout package and bringing certainty and pace for an economic reform in the country, which has been on free fall in the past couple of weeks.

The talks are expected to go on till next week as Pakistan will try to convince the IMF to re-start the existing loan programme and extend its tenure with additional loan facility, desperately required to help Pakistan get out of its current economic crisis. 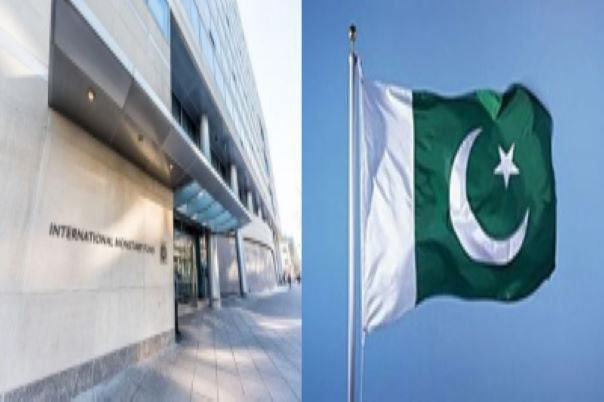 However, the talks are not expected to be a smooth sail for the Pakistan as IMF has put forward strict demands, asking Islamabad to stop all subsidies and apply strict measures, which would result in massive inflation in the country.

"The government will try to convince the IMF that for political stability purposes, it is important to keep at least some of the subsidies," says economic expert Shahrukh Wani.

However, the IMF is likely to demand the Pakistani delegation to roll back all subsidies in order to balance the trade deficit.

"The IMF will possibly, rightly, say that these are unsustainable and they should be rolled back to make the trade and budget deficit manageable," Wani added.

The $6 billion bailout package, which was signed by the former Prime Minister Imran Khan, accepting difficult and strict demands of economic reforms and restructuring in 2019, was never complied and implemented because his government defaulted on agreements to cut and end some subsidies and to improve revenue and tax collection.

The package was suspended after Khan was ousted in April through a no-confidence vote.

The IMF stated that it would negotiate with any other government that takes over from the Imran Khan government and would not talk to any caretaker political setup in Pakistan.

So far, Islamabad has received at least $3 billion from the IMF programme.

The IMF programme is scheduled to end later this year, which is why, Pakistan government officials are seeking an extension till June 2023, along with a release of the next tranche of $1 billion.

However, the incumbent Shehbaz Sharif government has refrained from increasing fuel prices as he rejected at least two summaries by the Oil and Gas Regulatory Authority (OGRA) and the Finance Ministry to increase the prices.

The IMF has been asking Pakistan for the reversal of the fuel subsidies and has linked it with the bailout package.

Pakistan has repeatedly sought international support to run its cash-strapped economy, which has been severely hit by national debt, inflation and a constant devaluation of its currency against the US dollar.

Title: Talks between Pak, IMF to begin in Doha