Mangaluru/Udupi, Mar 29: The trade unions of the twin districts held a massive protest opposing the alleged anti labour policies of the union government in response to two-day nationwide strike that was called by the labour unions. 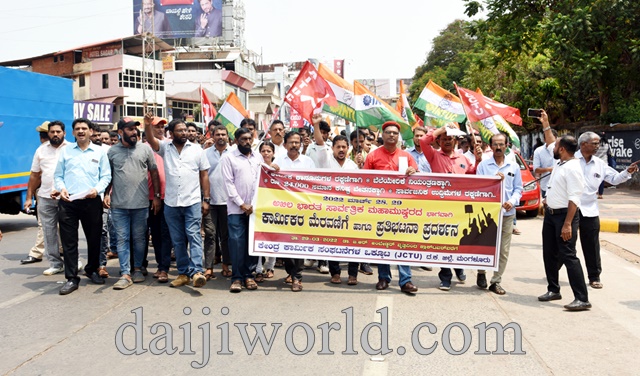 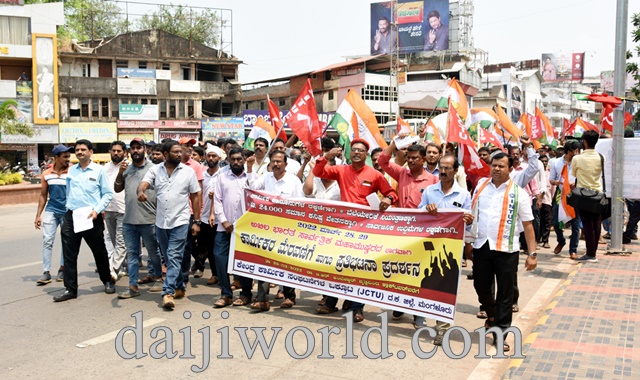 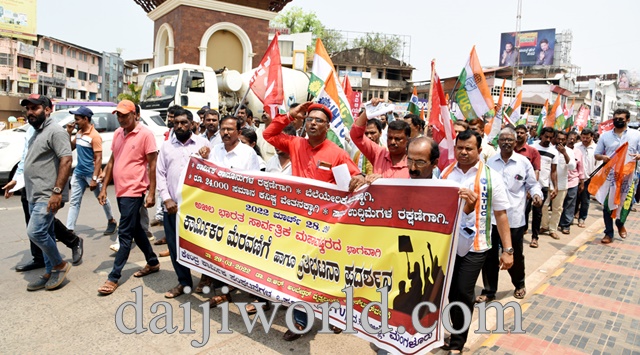 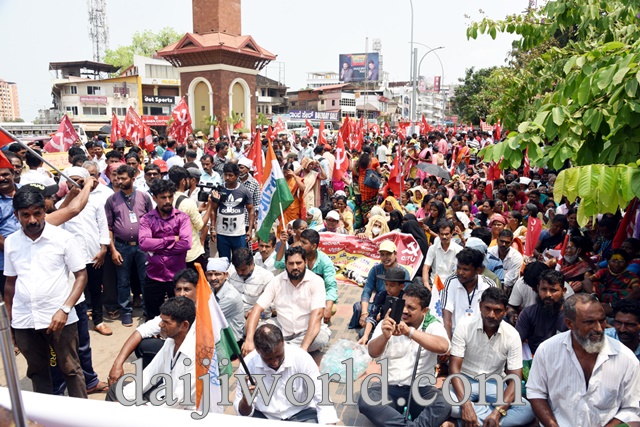 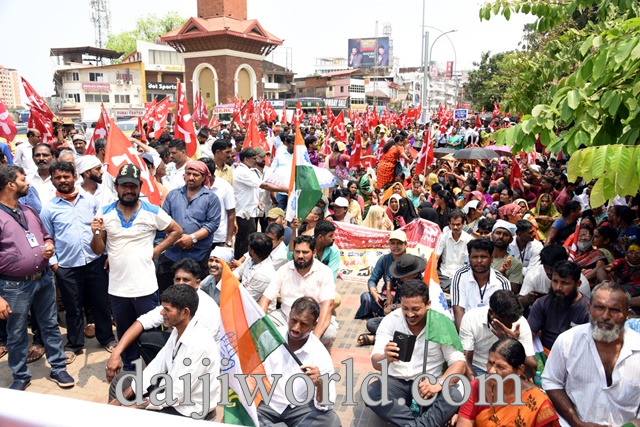 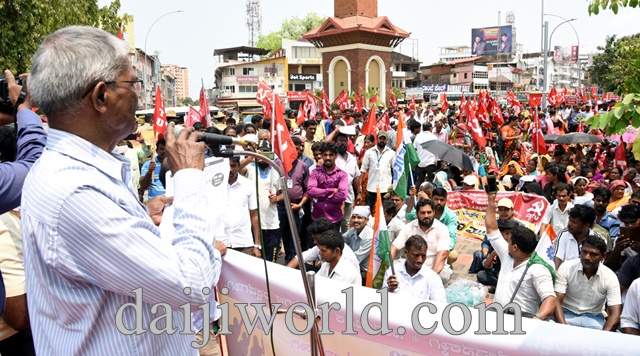 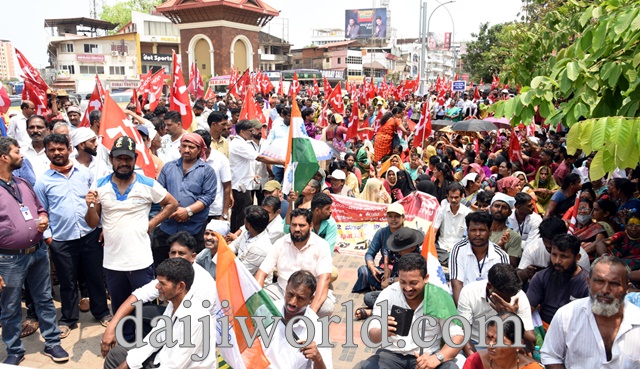 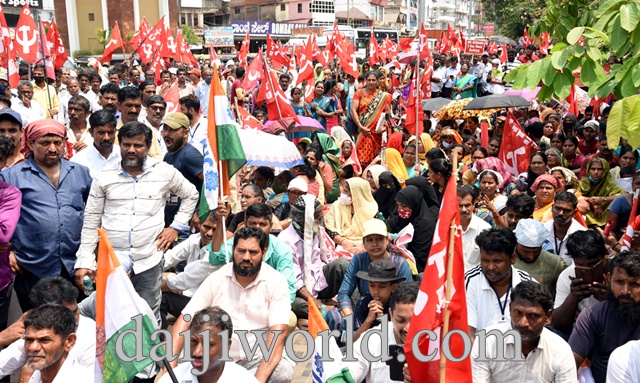 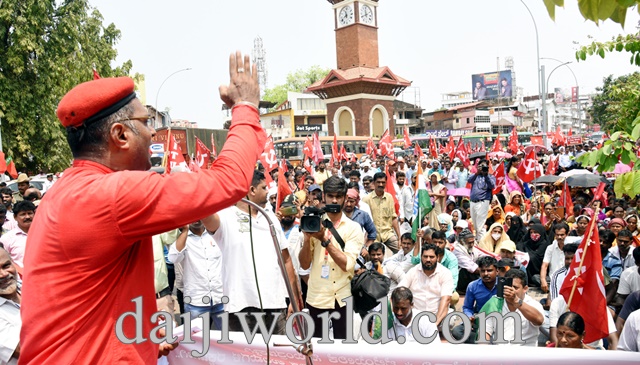 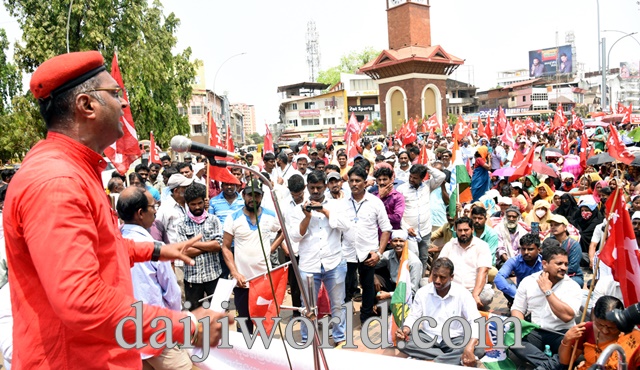 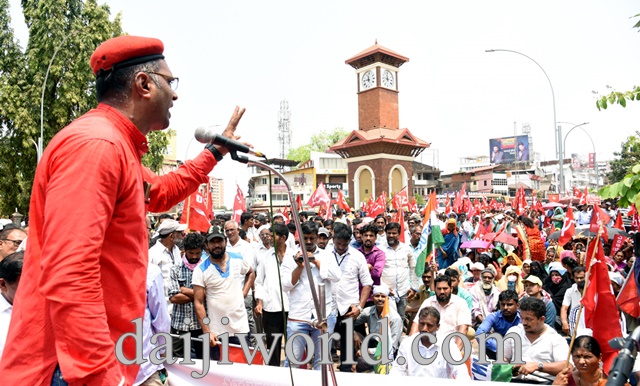 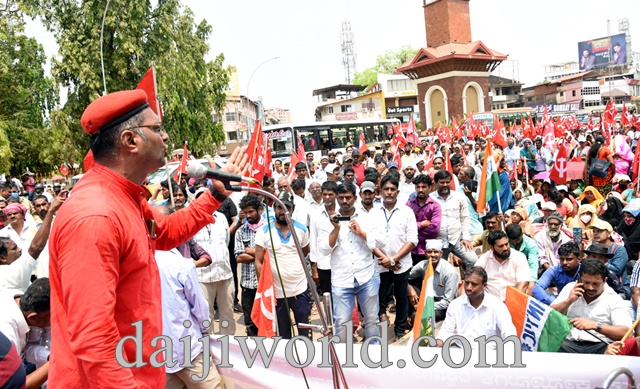 He also alleged that the union government is exploiting the unorganised labour class." The government is not even paying minimum wages to Anganwadi and ASHA workers. Contract labourers are being made to work for Rs 9000 per month without providing any security. All government sectors are being handed over to the corporates through  privatisation."

"The prices of essential commodities, petrol, diesel and cooking gas are skyrocketing. This country is not made of the corporates but it belongs to the labour classes. We will not allow you to sell this country," he said.

Protestors also kept forward several demands including reduction of  excise duty on petroleum products, transfer Of Rs 7,500 monthly to those families who don't come under taxation, 10 kg free cereals to every person and so on. The protestors also demanded that the government should withdraw four labour laws that are in favour of the corporates and protect the interest of labourers.

Seetharam Berinja of AITUC and others spoke on the occasion.

A huge protest was held in front of the DC office by labour union and various other organizations in support of two-day nationwide strike that was called by the labour unions urging the fulfilment of various demands.

Addressing the protesters, Suresh Kallagara, union leader said, “The construction labourers' law is quashed and four new amendments have been made. A decision has been taken to form a board for 50 crore unorganized labourers. But instead of one board, separate welfare boards have to be formed. Government gave opportunity to only one company to manufacture Covid vaccination to be supplied throughout the country. The contract was given to people who were close to PM Modi. The union government is also increasing the prices of fuel and other commodities cashing on the Ukraine-Russia war.” 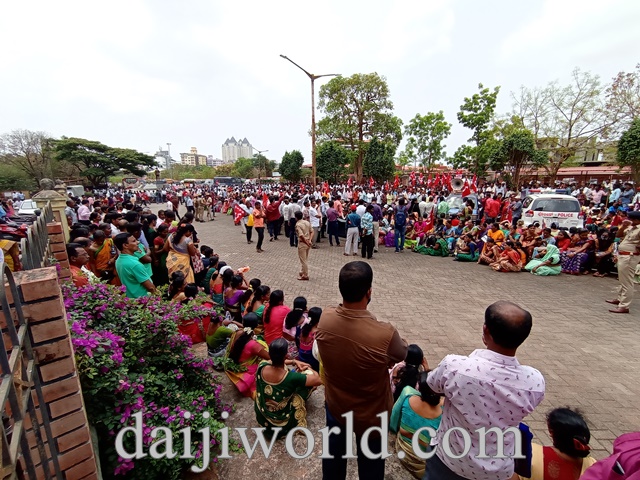 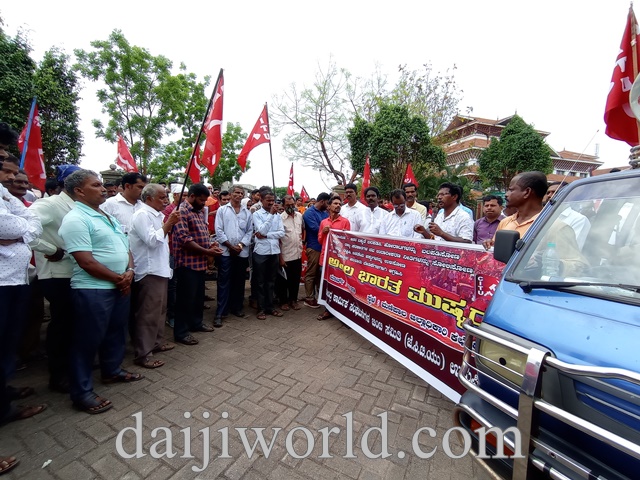 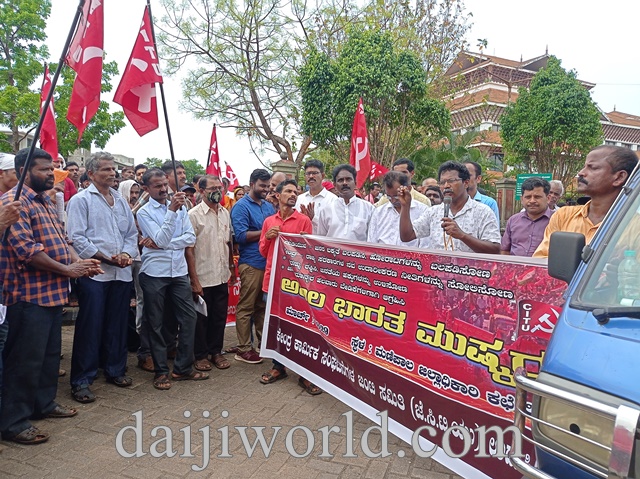 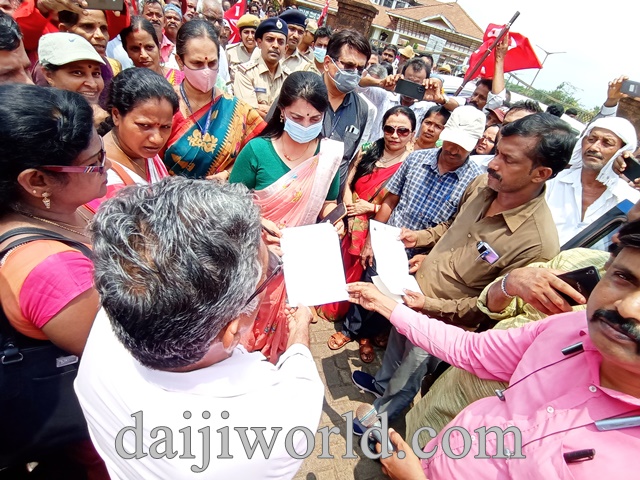 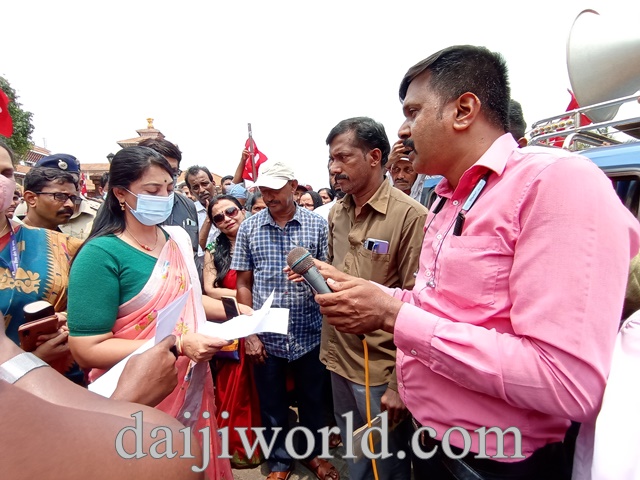 The protesters demanded a minimum salary of Rs 21, 000 as minimum salary for labourers. They also opposed privatization of public enterprises and demanded formation of welfare boards for auto rickshaw and other transport drivers, fishermen and others who work with the fisheries industry. Privatization of banks and insurance companies also should be stopped, urged the protesters.

Speaking on the occasion, Prabhakara B Kundar, representative of insurance employees’ union, said, “Earlier only 5% used to go to the state exchequer from LIC. Now the ratio is reduced. Government is trying to privatize all organizations that are under its control. This should be stopped immediately.”

Leader A Narasimhamurthy said, “Union finance minister called the budget of this financial year as Amritha Kaala Budget. But the grant of all projects is reduced considerably. In UNESCO, the country said that it will ban beedi and tobacco products. Thousands of labourers employed in the beedi industry will lose their livelihood. Government has not thought of an alternative solution for their plight. They are not paying proper remuneration to Asha workers also. Instead of discussing labour issues, the government is busy making propaganda on communal matters. They are taking the country towards insolvency.”

A mammoth protest rally was held from Manipal Syndicate Circle to the DC office in which thousands of labourers, bank employees, Asha workers, LIC employees and the members of other affiliated organizations took part.A memorandum was submitted to the government through additional DC.Leaders Balakrishna Shetty, Kaviraj, Vishwanatha Rai, convener K Shankar, Ravindra of Bank employees federation of India and others were present.