Melbourne, January 28 (JANS): Australia's limited-over specialist and one of the best all-rounders in the world, Glenn Maxwell, on Friday signed a new four-year contract with Big Bash League (BBL) side Melbourne Stars. The 33-year-old cricketer has committed himself to the side until the end of BBL-15.

Maxwell has been a marquee player in the BBL, having featured in every season of the competition since its inception in 2012/13. 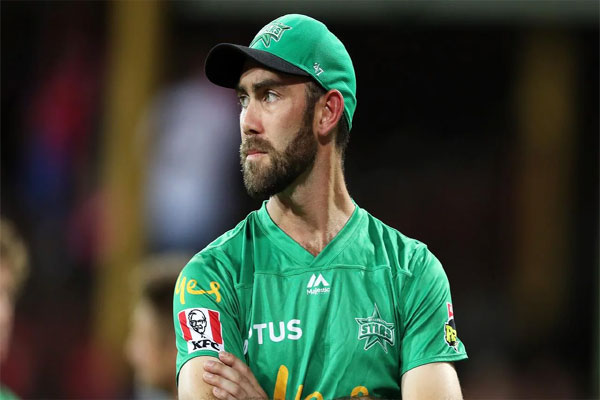 Maxwell, who is placed third on the all-time BBL runs-scoring list and smashed a record-breaking unbeaten 154 from just 64 deliveries (100 off just 41 balls) in the final round of BBL-11 this year, is regarded as one of the best T20 players in the world.

He combines his 360-degree batting, handy off spin, athletic fielding and leadership abilities to stamp his class on T20 cricket worldwide. He has been captaining the Stars for the last four seasons, having previously led the Indian Premier League (IPL) side Kings XI Punjab.

After singing the long-term deal, Maxwell said he was thrilled to commit to the club.

"I'm thrilled to commit to the Stars for another four seasons. I want to win a BBL title at the Stars and I believe we have the list to do that. We've got a really close group with some of the best T20 players in the world and excellent support from the coaching team. Our members and fans are the best in the BBL and I can't wait to see everyone back at the MCG next season. The Stars have been part of my life for a decade and I'm already excited to see what we can achieve in BBL-12 and beyond," Maxwell was quoted as saying by the club website.

Melbourne Stars general manager Blair Crouch said, "Glenn is one of the most recognisable faces in world cricket and we know how important he is to our fans and members who love watching him. To have a world class talent like Glenn commit long term to the Stars is a great sign of his faith in the direction of the club and we'd all love to achieve a BBL title. He is a proven match-winner and we can't wait to see him at the MCG next summer."