Bengaluru, Jan 27: "I have sought for a report on covid management from experts. We will take further action soon aftrr the said report is received," said chief minister Basavaraj Bommai.

Speaking to media persons on Thursday. January 27, he informed that the cabinet meeting planned today will progress as per the agenda. However, when some issues crop up in between, they will also be discussed, answering a query in this regard. 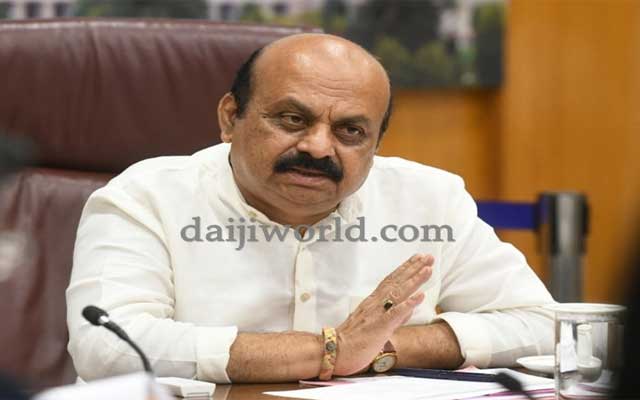 He revealed that the government had received a demand to continue with the procurement of Ragi under the support price scheme. "There is a cabinet sub-committee to discuss the support price. After getting the approval of that committee, we will take a decision that will be in the  interest of the farmers," he stated.

When the media persons asked whether he wou;d be making any special announcements tomorrow since it is his birthday coinciding with the six months completion of his ministry, the chief minister said he had never celebrated his birthday and never will. He, however, said that on the occasion of six months completion of his government, a book that will provide details of things done during his tenure so far and how they have helped the people, will be released.

To a question whether there would be any surprise announcements, he replied in the negative. He said that announcements could not be made once in six months and that his focus would be on drawing up welfare plans which perpetually help the people.