Mangaluru, Jan 26: The Indian Constitution is one of the longest and the world's second-largest active constitution. Every year, India celebrates January 26 as the Republic Day because it was on this day that the Constitution of India came into effect in 1950 and India became a sovereign nation.

St Aloysius Pre-University College joined the nation in celebrating the 73rd Republic Day with great patriotic fervor and zeal. The College NCC unit displayed the youth power with a drill led by commander cadet Sunidhi Pramod Nayak. The unit also offered respects to the chief guest and the dignitaries and later led the proceedings during the solemn event. The programme began with an invocation by the college choir. Ms Anasa, Lecturer in French, welcomed the chief guest and all gathered for the event. 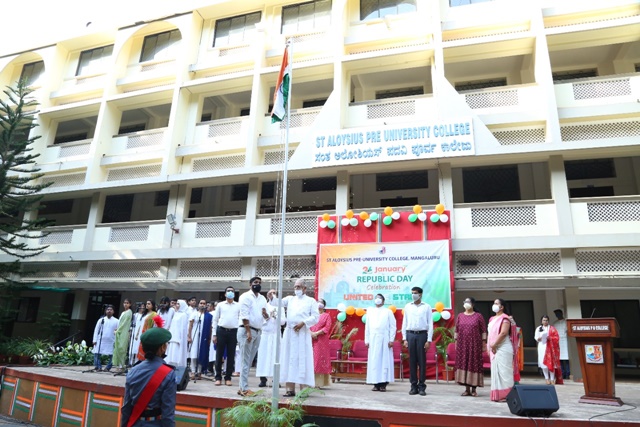 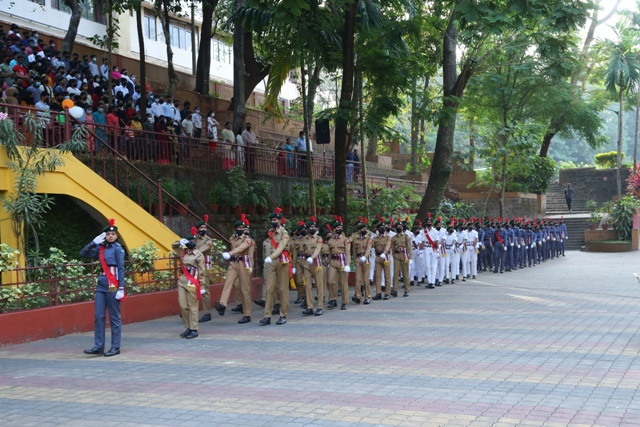 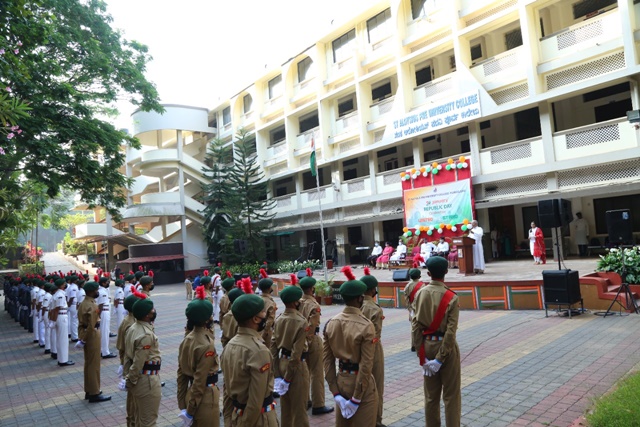 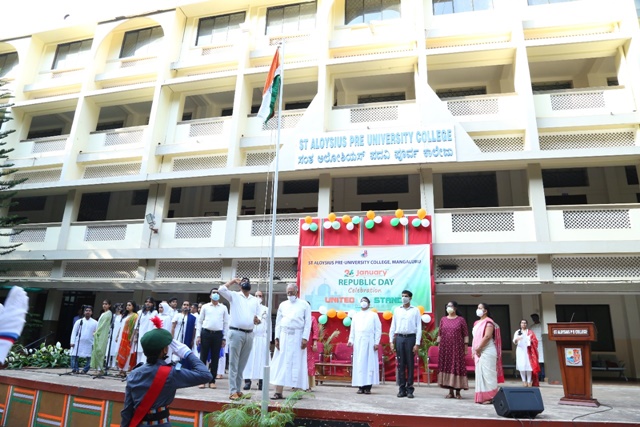 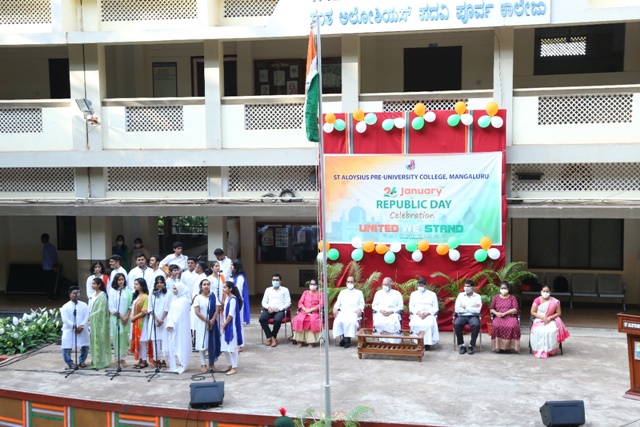 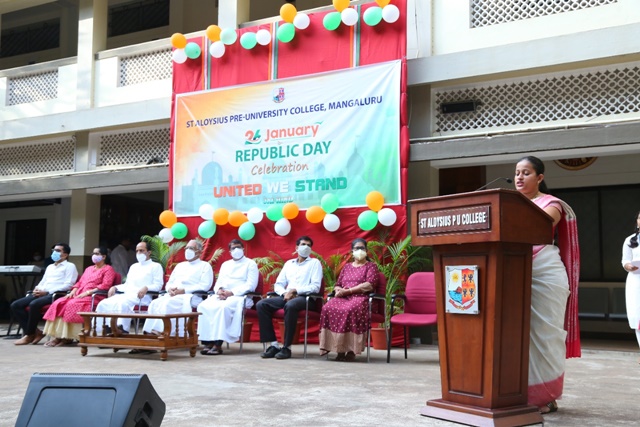 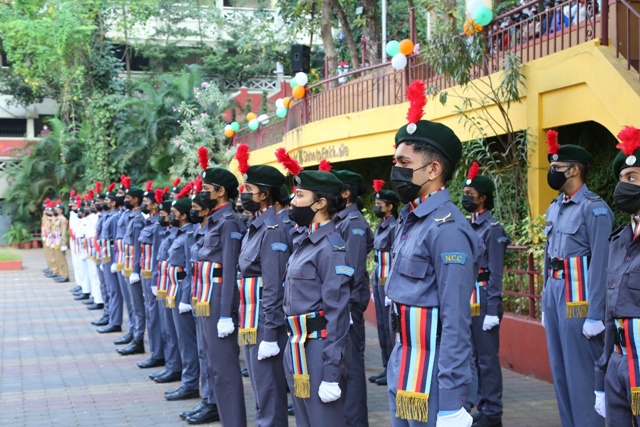 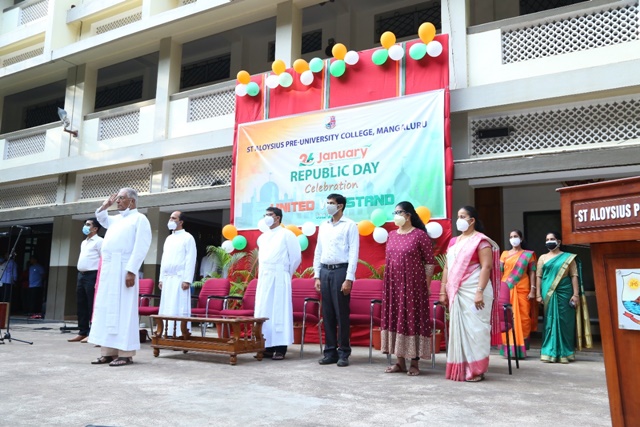 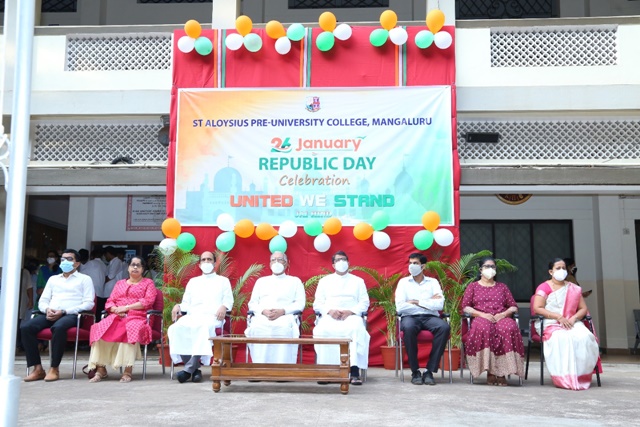 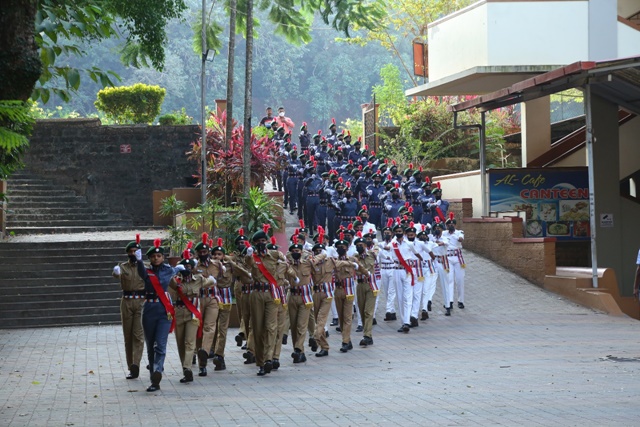 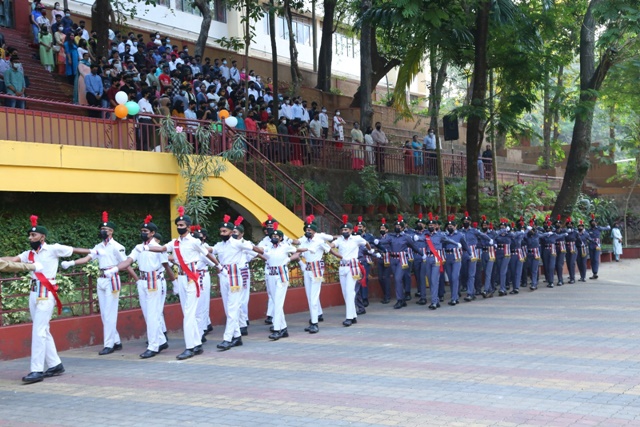 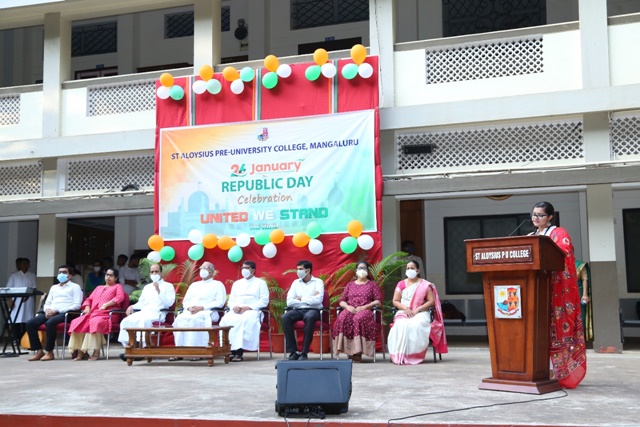 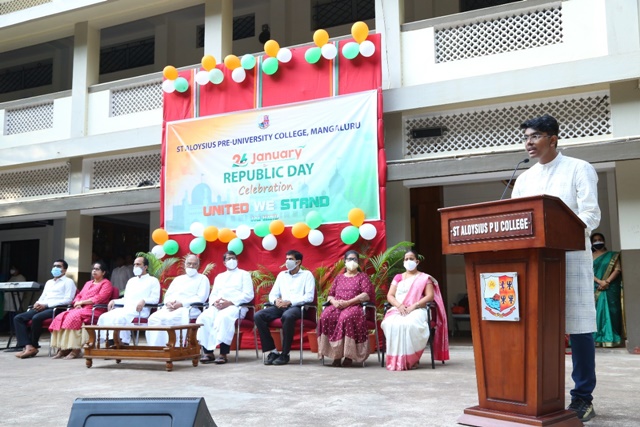 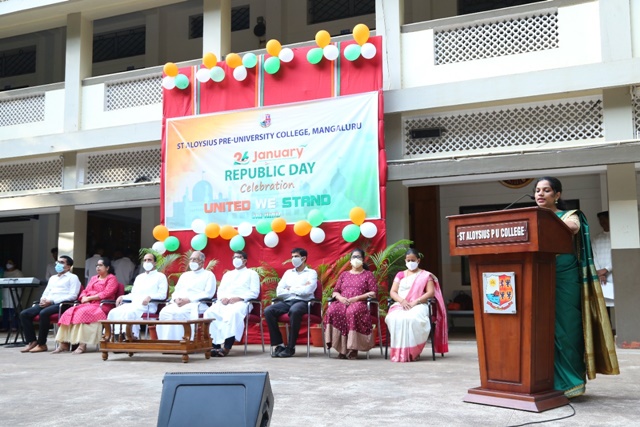 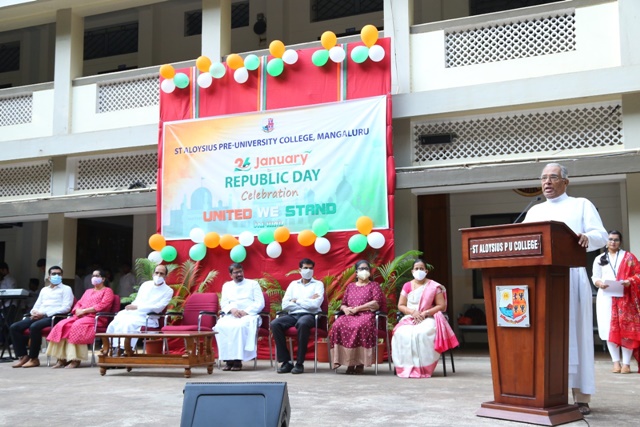 The chief guest, Fr Pradeep Sequeira SJ, finance officer SAPUC, accompanied by the dignitaries on the dais, unfurled the tricolor followed by the national anthem. Aman, II PU student, brought the stage alive with his passion and love of the motherland through his speech. He spoke about the significance of the Indian constitution and the drafting commission. By giving the audience a glimpse about the Government of India Act, he highlighted on the essence of democracy, fair elections and the ideals of the constitution.

Fr Pradeep Sequeira SJ, wished the gathering on the occasion and in his message highlighted the comparison between the Independence day and the Republic Day. Fr Pradeep related Independence Day to ‘freedom from’ and Republic Day with ‘freedom to’. He explained that Republic Day is symbolic of what kind of freedom we have in our country and how on this day we declared ourselves to be able to govern independently. He also explained the Preamble of our constitution and the values we stand by. The first Preamble is Justice which ensures political, economic and social freedom which we have.

Second one is liberty which states that we are free from the domination of anyone. Every person has the independence of thought, speech, belief, action and freedom for faith and worship. Third preamble is equality which ensures all are equal in this country in spite of the differences and each person has equal opportunities. The fourth preamble is Fraternity which mentions that all of us are brothers and sisters and we belong to one family which assures the dignity of the individual and the unity and integrity of the Nation. Fr Pradeep told that on November 26, 1949, the constituent Assembly of India adopted the constitution and on November 26, 1950 it came to effect. He said that around 500 members had contributed in drafting the Indian constitution and Fr Gerald D’Souza, an Aloysian was also a member of the drafting committee. The chief guest concluded by proudly stating that all Aloysians are and should be good Indians and that we need to discharge our duties to the country promptly.