Mangaluru, Jan 26: The Father Muller Charitable Institutions celebrated with pride and gusto the 73rd Republic Day in the early hours of January 26, 2022. No moment seemed as auspicious and serene to see whole Mullerian Family descend on the Hospital Grounds headed by the director Fr Richard Aloysius Coelho, assembled in orderly rows.

The patriotic songs and hymns to the Indian Republic were sung beautifully by the students of the Father Muller College of Nursing which echoed throughout the campus bringing in onlookers to honour the nation. A prayer was read out by Lakshmi S Kunnath of the Father Muller College of Speech and Hearing reminding of the democracy received and upheld by our forefathers. 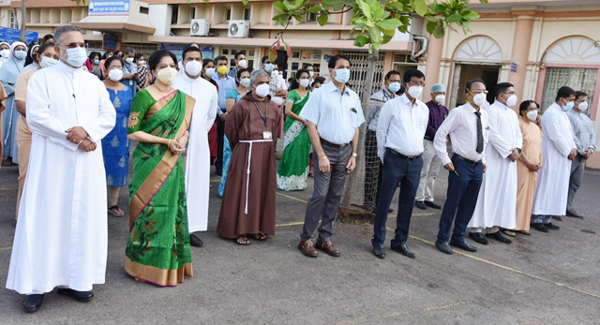 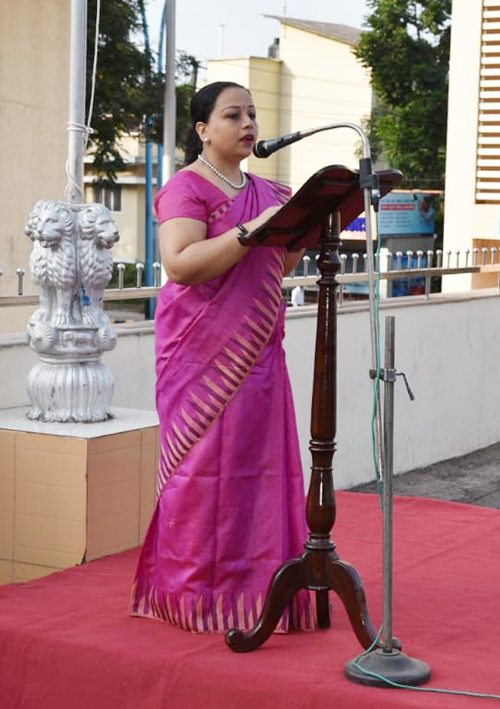 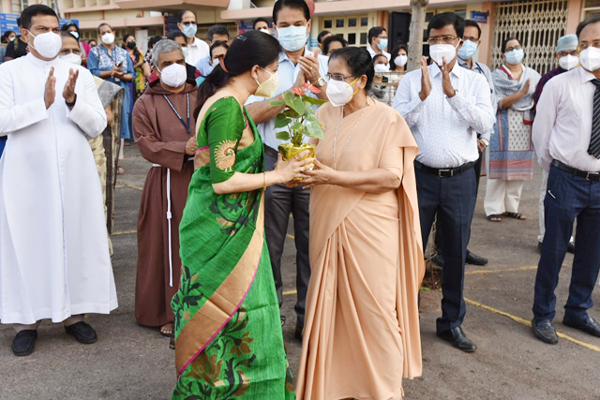 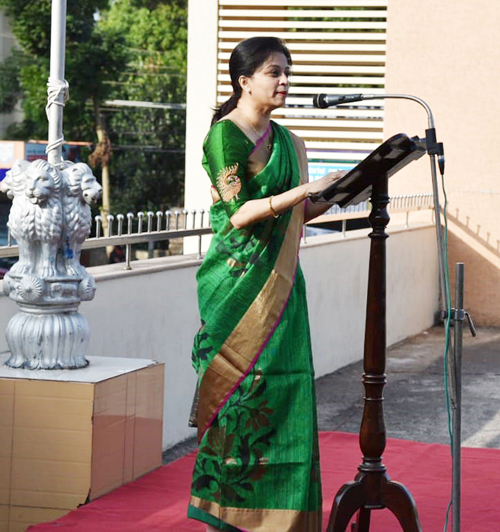 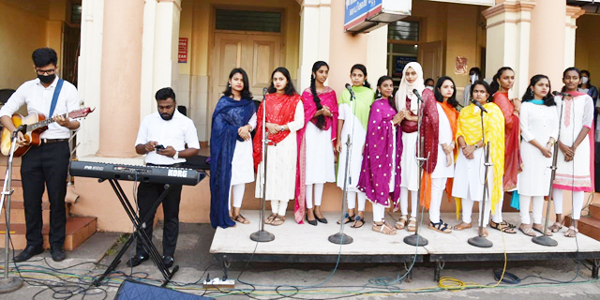 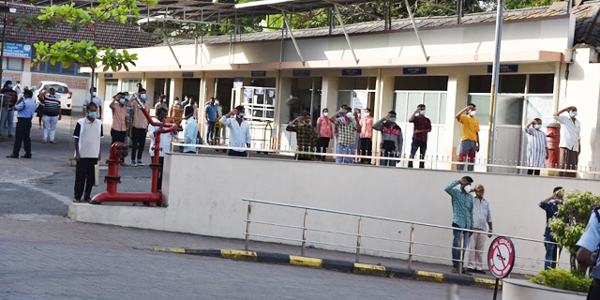 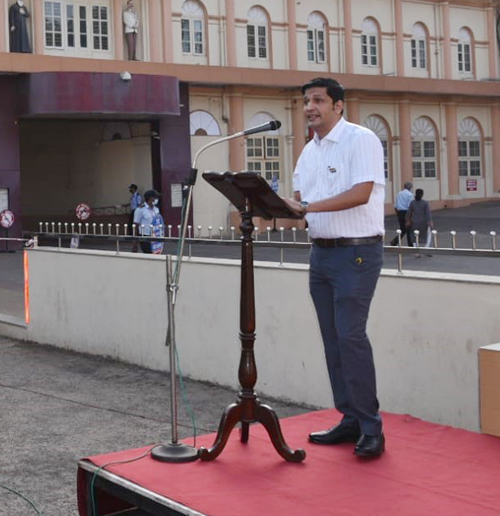 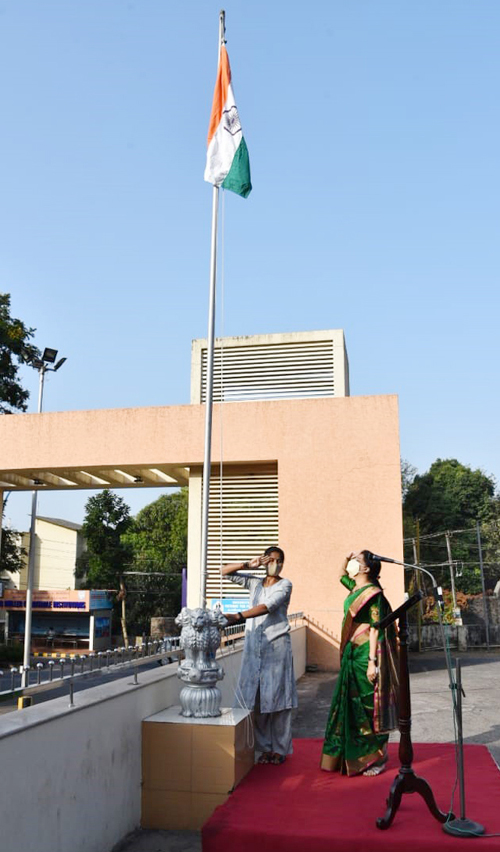 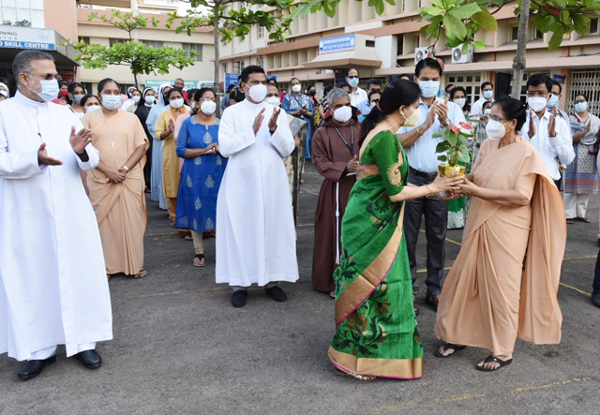 The chief guest Dr Prithi R Ballal, Head of Anaesthesiology, FMMC felt it an honour to unfurl the National Flag and thanked for being given this privilege. The unfurling of the flag was met with the resounding voices of the gathered rendering the National Anthem. The sight was breathtaking to see even those who had come for their medical needs or COVID test stand and salute the Nation.

Dr Prithi addressed the gathered with the 'Chitto Jetha Bhayshunyo' (Where the Mind is without Fear) by Dr Rabindranath Tagore, as being an inspiration in her life and hoped it would fervour national pride in all those who read it. Marking the 73rd year of the establishment of the Indian Constitution in 1950, made way for us to be a democratic republic in full essence and thus unity of the nation should be upheld and not fragmented. She remarked “ Pride for our past, Integrity in our hearts, Courage in our Minds, Unity in our Hearts, Empathy in our Soul and Zeal for our Future” was the need of the hour and that as Health care workers, sacrifices of the pandemic to the nation will be written in golden letters in our history. Lets promote ‘Swasthatha’ for our community and the world she concluded.