Both initiatives are said to make the processes paperless. The minister said UUCMS’ examination activity software will benefit lakhs of higher education students in about 3800 affiliated colleges across the State and all the universities including private varsities every year. He said the software developed by the State Government’s E-Governance Department would save Rs 60 crore, which universities used to spend for outsourcing the exam-related works. 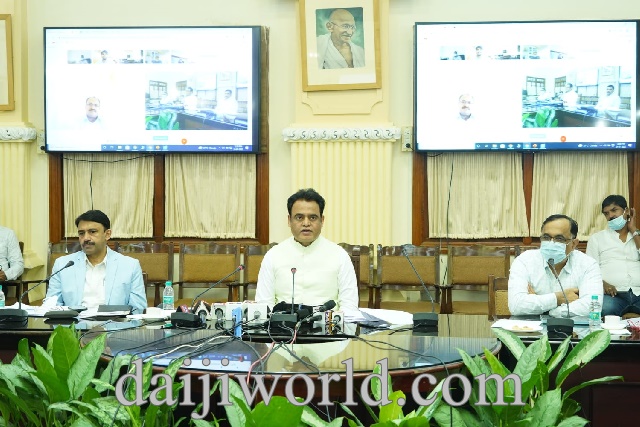 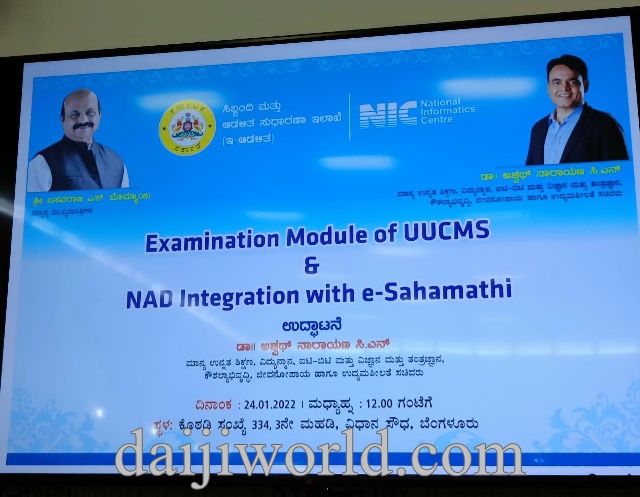 Through this UUCMS’ third module has been put into place following the launch of admission and academic and classroom management modules last August and December respectively.

Two persons from every university have been provided with hands-on training regarding the effective usage of the platform. By coming June, remaining 7 modules will be rolled out in a phase-wise manner, he said.

``This also curbs malpractices such as fake marks card scams etc. The digital platform is created in such a way so as to provide freedom for universities to set the specification as per their norms” Dr Narayan explained.

UUCMS’ software has been prepared by considering the provisions of National Education Policy (NEP-2020) like the ‘Multy Entry, Multy Exit’ option and awarding relevant certificates for those who discontinue for various reasons, he said.

‘e-Sahamati’ enables the incorporation of all examination-related data of students to the National Academic Depository (NAD) including the credits secured in each semester. All the data will be in the latest standardized encrypted form ensuring the utmost safety of the documents.

No question of closing Akka Mahadevi University Answering questions from media representatives later, the minister made it clear that there was no question of closing down the Akka Mahadevi Women’s University. ``The State Government wants to expand it further,’’ he said explaining that the government is examining as to how the Women’s University in Vijayapura could be made more effective and capable of empowering women to cope in the present world.

Dr Narayan clarified that there was no question of going back on the decision to build a new campus for the Sanskrit University.

``The Sanskrit University has been functioning since the last 13 years without its own independent and well-equipped campus. The government is doing that,’’ he said. The minister claimed that no government has done as much as the Bommai government for the development of Kannada. ``When the government made teaching Kannada in degree courses compulsory, the so called Kannada activists did not even welcome the decision. The decision has now been stayed by the High Court and we are honouring the High Court’s stay order,’’ he said.

He said the Prasaranga publication wing in the Kannada University at Hampi had to be suspended in view of the Covid situation. This has resulted in Rs 4 crore revenue generation being stopped.

``The government has never said the University will not be released grants. But the financial position of the government must also be considered before taking any decision,’’ he said.

Dr Narayan said over 60,000 online applications have been received for the online recruitments of guest lecturers. These are being examined and will be completed in the next two days, he clarified.