Addressing media here on Saturday January 22, Harikrishna Bantwal said, “The controversy over Narayana Guru did not start from Sivagiri, but was created by Kerala communists for the sake of vote bank. They do not have any concern or belief in Brahmashree Narayana Guru. None of the Congress leaders of Kerala have uttered a single word over the controversy which is politically motivated. 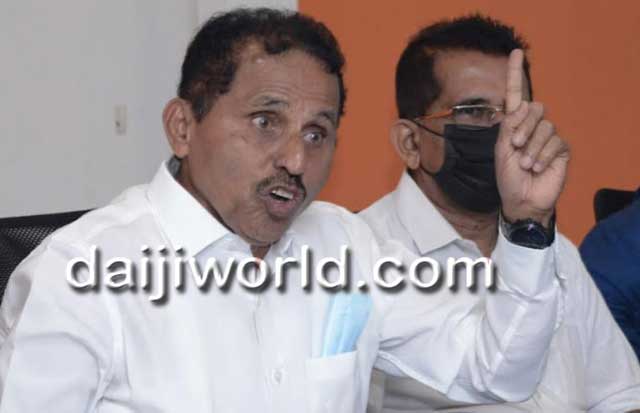 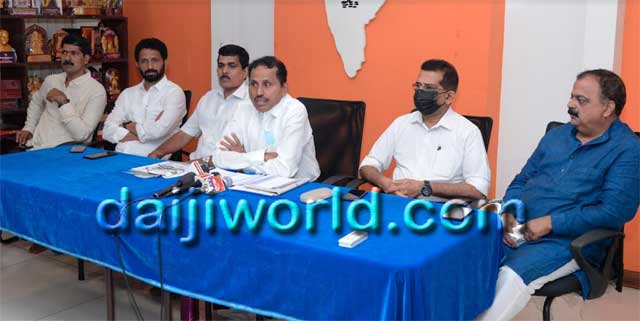 “Congress should reveal the document which proves that the central government had asked to replace the Narayana Guru tableau with Shankaracharya. When Siddaramaiah visited Mangaluru in 2016, at the last moment he cancelled his visit Kudroli temple as he had consumed meat at Ivan D’Souza residence. Even Dinesh Amin Mattu had compared Kudroli temple to the grave of Narayana Guru. Congress never found this as insult to Narayana Guru.

“None of the Congress leaders know about Narayana Guru like Prime Minister Narendra Modi. Even in his Independence Day speech, he had recalled the contribution of Narayana Guru.

‘Ivan D’Souza was the one who objected to rename Ladyhill circle after Narayana Guru. We support the padayatra initiated by Janardhana Poojary in support of Narayana Guru, but there should not be any political flag in the foot march. Congress are crossing the limits of injustice. They have lost faith in their existence. Congress believe that they can seek vote in the name of Narayana Guru. Congress was in power for 58 years. Why they could not take up initiative in including a Narayana Guru tableau in the Republic Day parade?

“Ivan D’Souza has not moral right to demand resignation of BJP ministers. We do not even care about him,” he said.