Riyadh, Jan 21: Defence ministry spokesperson confirmed that the joint exercise of Saudi and Egyptian forces concluded in the northwest region of the kingdom.

Maj Gen Hussain bin Saeed Al-Qahtani, commander of the northwest region witnessed the conclusion of the Tabuk-5 manoeuvrers that began on January 6.

Both forces were involved in a series of combat scenarios as part of the training exercise. Parachute landings and free jumpings from helicopters were practiced vigorously in order to clear and storm the fortified sites. 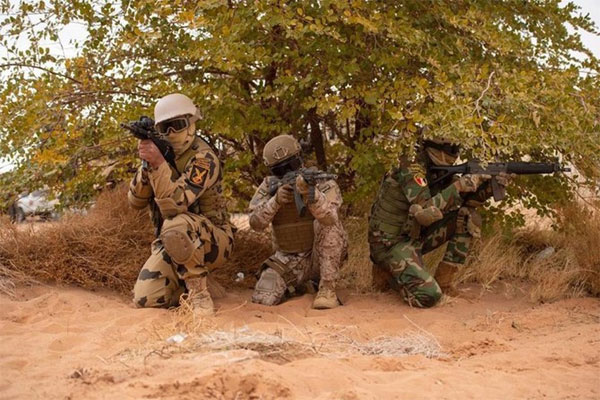 Support operations using live ammunitions was carried out by the infantry regiment. The drill was one of the most important as per maj gen khalid bin mohammed.

Mohammed said that the exercise benefitted both the forces to rebrush their combat skills and make them ready for any eventuality. The proficiency level was very high that was exhibited during the exercise.

The exercise was part of the arrangement between both Saudi and Egypt to approach and exchange training expertise and friendship through defence.