Udupi, Jan 21: Hindu Jagarana Vedike (HJV) has said that Hindu students will wear saffron shawls if the government and the education department allows wearing of Hijab in classrooms.

In a statement issued by HJV Udupi district, it stated, "It is noticed that in the government educational institutions of the district, some of the communal organizations, in order to disturb harmony, have protonated students of a certain religion to wear Hijab. They are trying to project the issue as an international level problem. We have taken a serious note of the same. If the educational department and the government allows wearing of Hijab, we will unite all the Hindu students of the district and they will wear saffron shawls along with uniforms.” 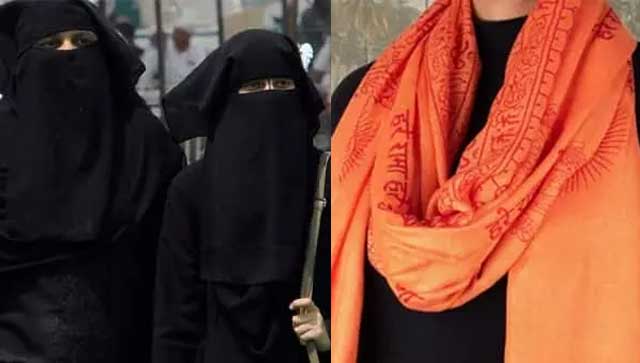 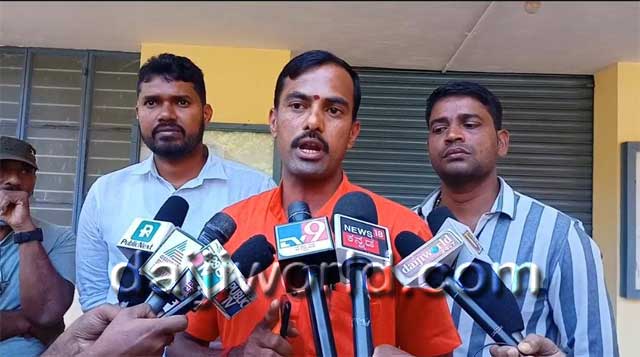 HJV leaders visited the college. Prakash Kukkehalli, HJV leader said, “Colleges should have uniform dress code. Now they are asking for Burqa and Topi. Later they will ask for Sharia law. A communal organization has sown poisonous seeds in the minds of students. International conspiracy is going on in order to defame the country. Attempt is being made to put down the educational fame of Udupi district. HJV will not allow attempt to spoil the educational environment of the district. College should not allow to implement Islam law. If they do not want college education, let them get educated in Madrasa. We will not tolerate any pressure on the principal in this regard. We will wear saffron shawl in all schools and colleges of the district.”

The Hijab row has reached the 22nd day on Friday. On January 21, the college declared a week-long holiday for the students due to rising cases of Covid. But the student organisations supporting the wearing of Hijab have claimed the holiday decision of the college as a sign of victory due to their protest.