Mangaluru, Jan 20: MP Nalin Kumar Kateel, termed as political conspiracy the hue and cry raised by certain people on the denial of permission for the tableau depicting Narayana Guru to participate in the Republic Day parade.

Nalin stated that the experts committee of the defence department has framed rules relating to tableaux which plan to participate in the Republic Day parade. He accused the leaders of concealing the fact that Kerala government had failed to stick to the rules and now raising a din claiming that they were denied permission. 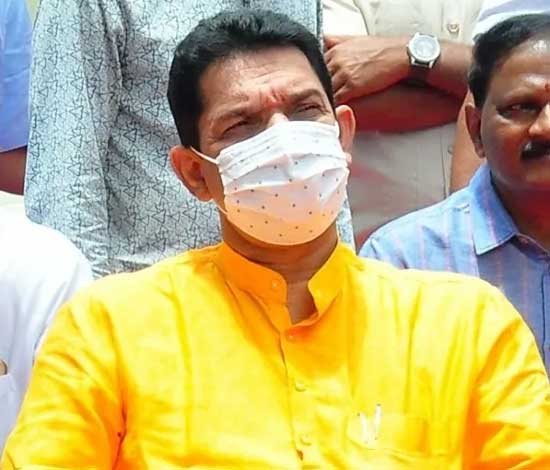 Nalin said that both the Congress and the leftist parties are giving false information to the people that permission has been denied for the said tableau, with the specific purpose of reaping political benefit. He condemned them for indulging in ulterior politics in the name of Narayana Guru. In a release, he said that the Congress and left parties which have always pursued anti Hindu policies, have been creating these disputes to break Hindu unity.

He recalled that after he became the Prime Minister Narendra Modi had visited Sivagiri, the major centre of Narayana Guru, and offered prayers. He also said that Siddaramaiah and other Congress leaders who celebrated the birth anniversary of Tipu Sultan, an avid fanatic, when in power, have no moral rights to speak about the BJP government.