Mumbai, Jan 18: In a collision between a cement mixer truck and a bike that occurred on Western Express highway, a 16-month-old girl baby and her mother died on the spot while the father of the baby, who was riding the bike suffered grievous injuries.

The spot where the accident took place was pockmarked and that might have caused the collision according to the police. Driver of the truck was arrested but later released on bail.

The deceased are identified as Nilofer (25), Zainab (16 months), wife and daughter of Abdul Khalid Shaikh (26). They were returning to their home at Vile parle after a dinner party at his newphew’s place in Kandivili. 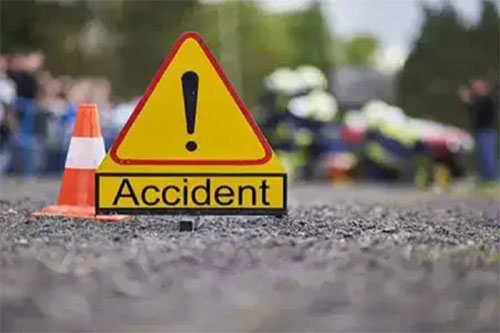 While riding the bike on flyover opposite Oberoi Mall road, the cement mixer rammed into the bike from behind and knocked all three down from bike. Shaikh’s leg was crushed under the bike while the truck overran his wife and child.

The sample of the driver’s blood is sent for checking to ascertain whether he was drunk said senior inspector Satish Gadhve. He said that the spot where the accident took place has lot of potholes and it might have caused the accident.