Mangaluru, Jan 17: The District youth JDS led by its president Akshith Suvarna has requested the prime minister through the deputy commissioner to reconsider Bramashree Narayana Guru's tableau rejected by the union government for the Republic Day parade.

“The rejection of the tableau belonging to a beacon known as Brahmashree Narayana Guru, the household name who uplifted the downtrodden community and brought a ray of hope in their lives. is painful. The tableau that depicted one religion and one God for mankind was sent by the Kerala state government for display in the Republic day parade.” 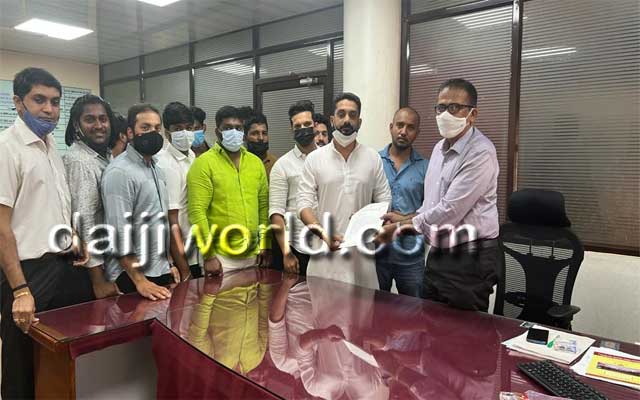 Akshith accused the BJP-led Centre of utter ignorance. "The presence of such ignorant people in the selection committee is a disgrace to the country and every Indian who dreams of equality should condemn it. It is an insult to the exploited and the society at large. Brahmashree Narayana Guru should be honoured by providing an opportunity for his tableau,” he urged.