Mangaluru, Jan 12: The ambitious Smart City project that is continuing in the city without adhering to the central government guidelines has given rise to multifarious problems for the citizens.

Since the project took off very late, the concerned are in a hurry to  complete the project within the deadline. However, in the melee, various problemshave cropped up that include disturbed on road movement of the people. As the work started out of the blues on all major roads of the city at once, the people are unable to commute smoothly. At the same time, the business establishments in the vicinity are also facing losses. 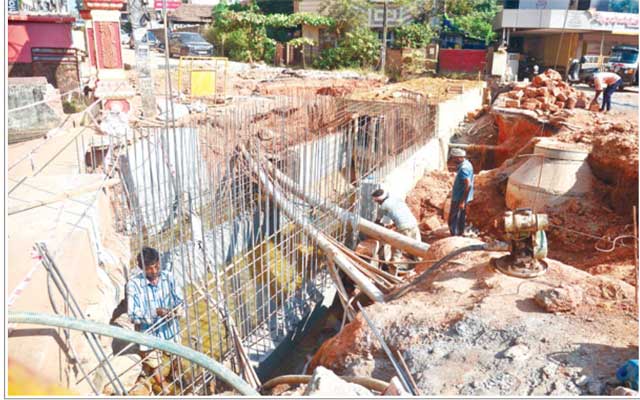 Mallikatte road where several hospitals and educational centres are situated,  is one of the worst affected areas following restrictions on traffic here for the past six months because of Smart City works.

Out of the 43 works taken up, 18 have been completed and 25 are in progress. Rest three are awaiting tenders. The work was supposed to be completed by March 2022 but now the deadline has been extended to March 2023, due to Covid, say the authorities. Out of the Rs 1000  crore alloted, Rs 930 crore is for project execution and Rs 70 crore towards administrative and other expenses. The Centre has released Rs 596 crore and the state out of which works worth Rs 370 crore have been completed.

Experts and social workers are unhappy about the poor quality of work, lack of vision and absence of efficient financial management in the execution of the project.