Bantwal, Jan 11: The police personnel of Vittal station have arrested two persons relating to the allegation of presenting themselves in the form of Koragajja, a revered divine force in whom the Tulunadu people repose faith in, and doing things which allegedly were sacrilegious in nature, have arrested two persons. The incident reportedly had took place in Salethur within the limits of Vittal police station last week.

The arrested accused have been identified as Ahmed Mujitab (28) from Mangalpady and Moideen Munish (19) from Bayarpadavu. 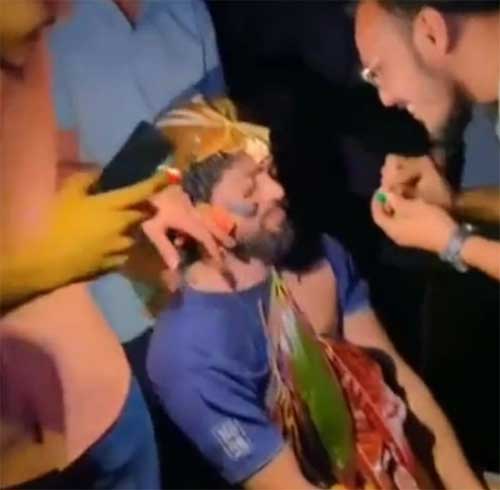 In a recently held wedding ceremony, the groom had come to the house of the bride, duly painting his face black and wearing the costumes which looked like the ones worn by Koragajja. This had given rise to controversy. Based on complaint filed by a person, the police have arrested above two persons.