Bumrah one of the sharpest bowlers I have come across: Eric Simons

New Delhi, Jan 9 (IANS): Former South African pace bowler Eric Simons has given Jasprit Bumrah's bowling a huge thumbs up, saying he is one of the "sharpest I have come across".

The Indian fast bowler grabbed five wickets in the opening Test against the Proteas as the tourists won by 113 runs at Centurion.

Bumrah's economical spell, coupled with leadership role with the attack, saw the Proteas find it tough to negotiate the Indian bowlers as they were bundled out for sub-200 totals in both innings of the first Test. 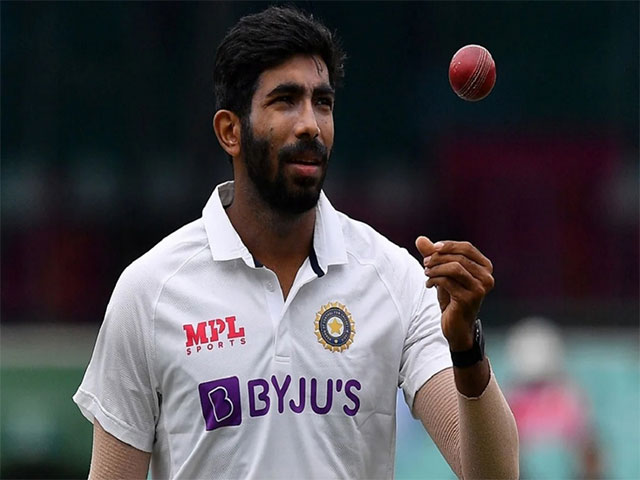 Simons said not many people realise the "maturity" and "cricketing nuance" Bumrah brings to a game, adding that he has a very clear thinking.

"He is one of the sharpest bowlers I have come across. When we play against him in the IPL, I try and have a chat to him. I don't think people realise the maturity and cricketing nuance of someone like Bumrah, and generally of Indian bowlers.

"They (Indian bowlers) understand the game well. In the IPL you work with bowlers from all over the world, and I find that India's bowlers have good, clear thinking about the game. Sometimes it might be wrong and you might disagree, but, at least, they have a thought. Bumrah is an absolute leader. But you will find that all the Indian bowlers have solid plans. The conversations that are taking place within the bowling group, you will find, are very shrewd and clever, of tactics, analysing batsmen," the 59-year-old Simons, who was an India bowling consultant and also coached the Chennai Super Kings bowling unit, told news18.com on Sunday.

Simons said it was not important for bowlers to just hit the gym or run laps, adding that bowling full tilt for a couple of hours in the nets was just as good. Citing the example of Mohammad Shami, he said that the Indian pacer was someone who preferred to go all out in the nets.

"That's one of the classic points of the game. To move a group of bowlers forward, you need to move individuals forward. You can't move them all together. They each function differently. You need to understand the motivation - is it just laziness, or is it something different a cricketer needs?

"Sometimes, if you bowl too long in the nets technical problems creep in, so you need to be aware of this as well. Mohammad Shami is very lucky in that he happens to have a massive motor. I don't think he'll do bleep tests very well, but give him a ball and he will bowl all day. He's blessed with that."

Title: Bumrah one of the sharpest bowlers I have come across: Eric Simons