Mumbai, Jan 6 (IANS): Maharashtra continued to shock as Covid-19 cases shot above the 36,000-mark though its Omicron variant dropped below 100, while fatalities again jumped to double-digit figures, health officials said here on Thursday.

For the 10th consecutive day, the state reported a massive spike in Covid infections and suspect cases, whose samples have been sent for genome sequencing. 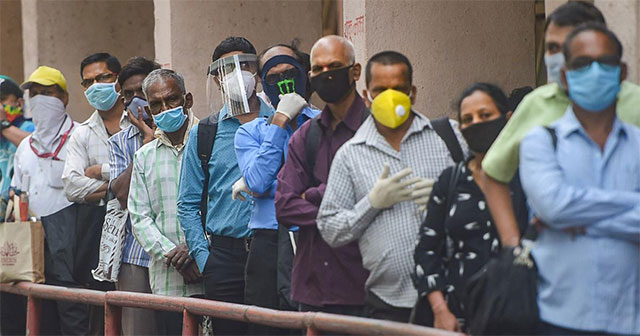 After recording 144 Omicron infections on Wednesday, the state logged 79 cases of the new variant on Thursday, taking up the state's tally to 876, with Mumbai again reporting the highest number of fresh cases.

The health authorities are continuing with intensive surveillance of passengers arriving at the three international airports -- Mumbai, Pune and Nagpur -- since December 1.

A total of 35,045 travellers have landed here from the ‘high risk' countries of which 368 have tested positive apart from 371 from other countries, and their reports have been sent for genomic sequencing to confirm if they are afflicted by Omicron.

Besides, another 2,641 samples from field surveys conducted since November 1 have been sent for genomic sequencing with the results of 87 still awaited, the officials said.

Omicron has spread extensively spanning several districts in the state, with a whopping 876 cases recorded till date, of which 381 have been fully cured.

Mumbai, Pune and Thane remain at the top with the highest number of active cases currently present in the state, with the afflictions shooting up sharply to cross the 1,00,000-mark, from 87,505 a day earlier to 114,847 on Thursday, with a recovery rate of 96.17 per cent.